Seeking re-election, Swanson lets his vote do the talking 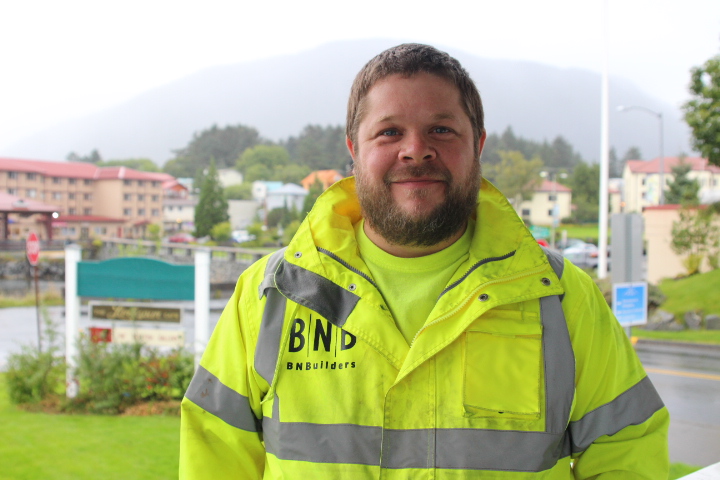 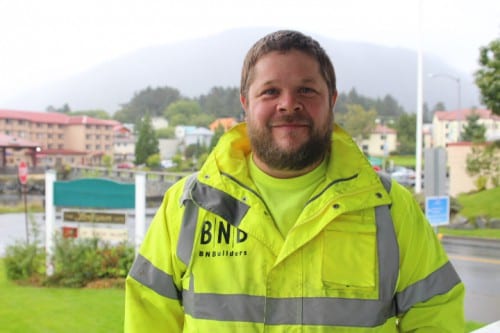 Aaron Swanson is one of five candidates running for two open seats on the Assembly. The municipal election is Tuesday, October 4, 2016. (Emily Kwong/KCAW photo)

Aaron Swanson is running for the re-election to the Assembly. He was first elected in 2013 and is currently the liaison to the Historic Preservation Commission and Police and Fire Commission. Swanson wants to return to his seat to continue solving the puzzle before the Assembly: how to pay for city government, while managing the cost of living.

I got a lot of requests from a couple Assembly members and from members of the public to run again. The only reason I wouldn’t want to do it is to spend more time with my kids.

That’s Assemblyman Aaron Swanson. And the father of two has reason to pause because, no matter how you time manage, being on the Assembly is a great deal of work. There’s two monthly meetings, commission meetings, and special meetings, not to mention keeping up with the many e-mails, phone calls, and people stopping you in the grocery store. You’re looking at 10, even 20 extra hours a week.

But Swanson wants to return for two simple reasons: 1) He was asked by others. And 2) Because the city is at a critical juncture. There’s serious shortfalls with both local and state revenue.

As far as problems go, it’s a Gordian knot, a tangle of numbers and unknowns and other people’s jobs and livelihoods that the Assembly is responsible for. And that’s why Swanson feels he has a leg up over his fellow candidates. He’s been examining this knot for the past three years

“First time you’re running for Assembly, you think you have all the answers. And then once you get to the table, you realize that you don’t. You don’t have a clue. It takes time to figure things out while you’re up there and I think that’s what I’m bringing to the table. I have the experience and I’ve already been on there. I’ve come in thinking that I had all the answers and I didn’t,” Swanson said.

Case in point: vehicle registration tax. This tax charges $200 on every car you own for two years. Senior citizens are exempted on the first vehicle. When Swanson first ran in 2012, he vehemently opposed this tax as a measure to pay for roads. But now, given the severity of Sitka’s budget deficit for next year – $2.5 million – Swanson is open to the idea. He is able to change his mind.

Swanson is still making up his mind, though, about how to vote on Proposition 1. That’s the ballot question approved by the Assembly asking Sitkans to raise the cap on the mill rate by 2 mills. “I don’t own property, so I don’t think it’s my responsibility to vote yes or no. I would like to see it passed, but I’m not going to hold my breath on it,” Swanson said.  But, he wants voters to have the chance to weigh in. On both first and second reading, to put this question on the ballot, Swanson voted yes.

If the ballot question doesn’t pass, the next Assembly will have to look elsewhere for revenue and whittle city spending. When comes to budget cuts, Swanson doesn’t want to see any further reductions to one area: “Public safety is of key importance in Sitka,” he said. Swanson served on the Police and Fire Commission before joining the Assembly and is their liaison today.

When comes to his speaking style during the meetings, Swanson is far more of a listener than a orator. He’ll make and second motions, but for the most part, during deliberations, he sits back. And on those occasions where he does speak, he says he strives to be a voice of reason that represents the working class. I asked him about this.

KCAW: I’m imagining what a critic of Aaron Swanson would say, which would be something like, “That guy, he doesn’t say enough!”

Swanson: That’s exactly what I would expect a critic to say.

KCAW: What would you say to that person?

I checked Swanson on this a bit. And in the past year of Assembly votes – it’s a seven person body – Swanson’s vote has tipped the balance half a dozen times, such as when the Assembly moved to zero out funding for the ride this year or modernize Sitka’s tax collection policy.

One vote can make a difference. That’s true on the Assembly table and true on Election Day. His sons, who are 7 and 9, are ready.

Swanson:  They know I’m running for the Assembly. They actually drew up some little construction paper signs and held them up.

KCAW: That’s so cute. What did they say?

Those elections for “Assemblee” are on Tuesday, October 4th.