New SNHP superintendent has spent a lifetime in parks 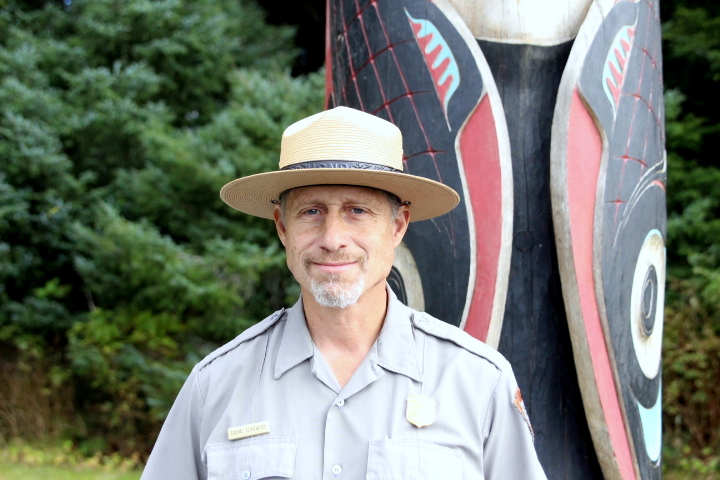 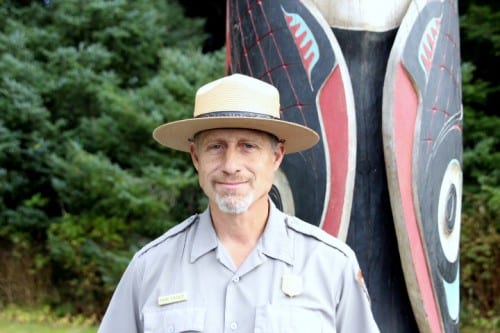 There’s a new superintendent at Sitka National Historical Park, and he may not mind a rainy weekend. KCAW’s Emily Russell sat down with David Elkowitz, who recently arrived in town from West Texas.

To say David Elkowitz has been working for the National Park Service his entire life wouldn’t be that far from the truth.

“It will sound funny or like a joke, but I actually began working with local nature centers and doing traveling zoo and interpretation and education programs when I was 10,’ Elkowitz said.

“I was a volunteer, obviously at 10, I wasn’t making money.”

Elkowitz started making money in 1985 as a seasonal at Big Bend National Park in west Texas. He did that until 1991, when he signed on as a full-time Park Service employee. Elkowitz said he then did what most people in his career end up doing—bouncing around from park to park every couple of years.

He’s worked at a National Seashore in southeast Texas, a battlefield in North Carolina, caverns in New Mexico, a forest in Virginia, and then back to Big Bend, where he was the Chief of Interpretation.

Big Bend National Park borders Mexico along the Rio Grande. It’s home to the Chisos Mountains and host to the Mexican black bear, but mountains and bears are about the only thing Big Bend has in common with Sitka.

Elkowitz likes to point out that the Big Bend sees more than 340 days of sunshine, but he’s not actually a newcomer to the 49th state.

“I actually spent about a month working out of Fort Wainwright [in the] Fairbanks area during the big fire year of 2004,” said Elkowitz.

Turns out it was the worst wildfire season on record- more than 700 fires burned that year, but that didn’t stop Elkowitz from coming back.

“Since 2004 my spouse and I have made a number of trips to Alaska,” explained Elkowitz. “We’ve gone from  Homer to Anchorage to Fairbanks to Chena to North Pole to Boundary, kind of all over the interior.”

Elkowitz and his wife stepped off the fast-ferry Fairweather in Sitka just a few weeks ago.

While he says he’s still getting his bearings, he knows the seawalk extension project and restoration of the battlefield are on his list of park projects, along with overseeing totem pole replacements and the ongoing canoe carving effort.

“My goal is to be the absolute very best partner I can be to everybody that has an interest in Sitka National Historical Park,” Elkowitz said.

To do all that, Elkowitz said he expects to be in Sitka for at least the next few years.