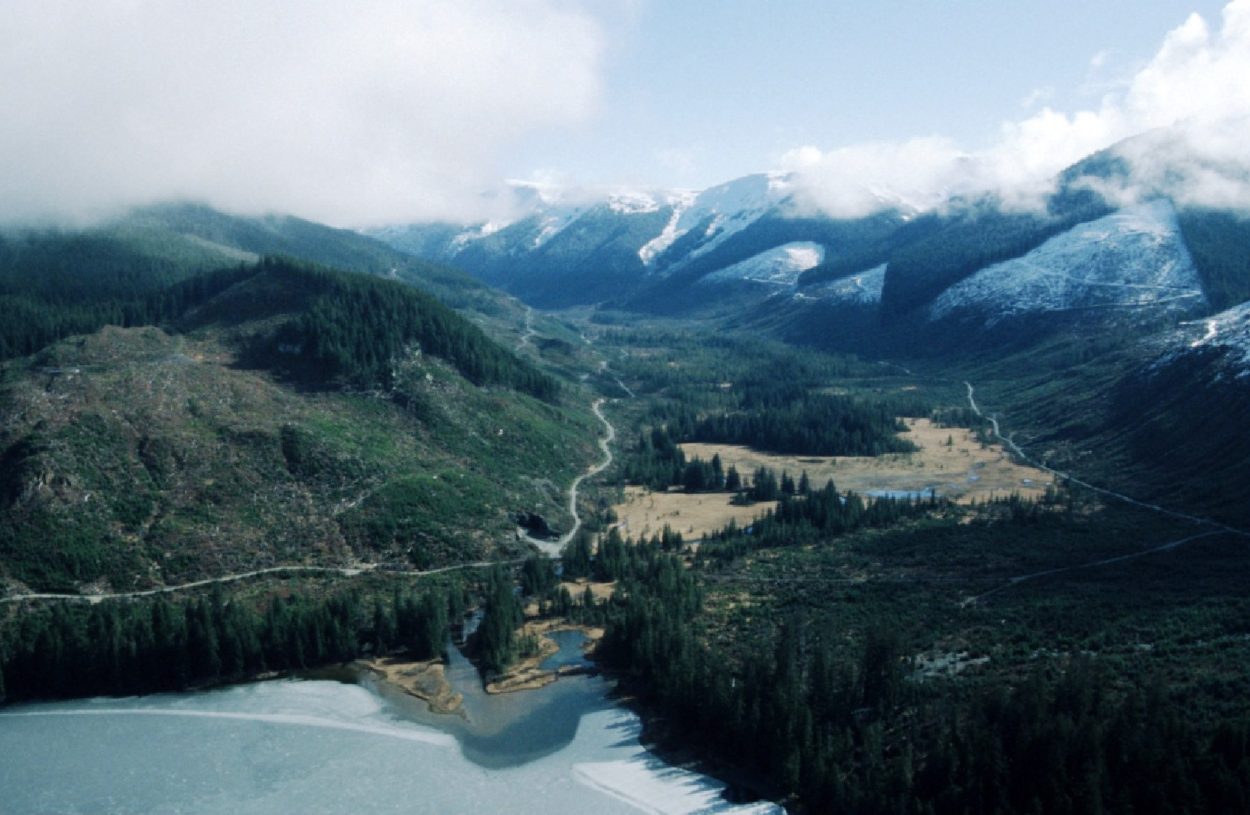 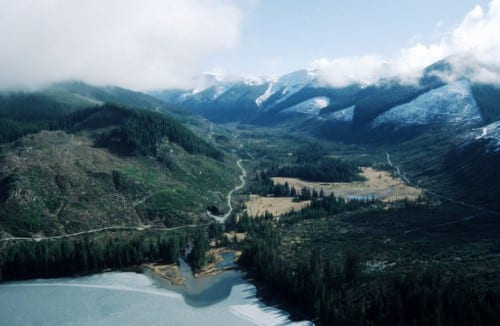 Logged lands at the head of Lake Kathleen, on Admiralty Island, are among those Shee Atiká has sold to the Forest Service to add to its Kootznoowoo Wilderness Area. (Photo courtesy U.S. Forest Service.)

About 4,500 acres of heavily-logged forest will return to wilderness under a deal involving the federal government and a Southeast Alaska Native corporation.

The U.S. Forest Service purchased the acreage near Cube Cove, on the west side of Admiralty Island,  about 30 miles south of Juneau and 20 miles north of Angoon.

Just under $4 million was paid to the owner, Shee Atiká, the Sitka-based Native corporation. It comes from the Forest Service’s Land and Water Conservation Fund.

“This restores the concept of creating an island and a monument that is left relatively intact,” he said. 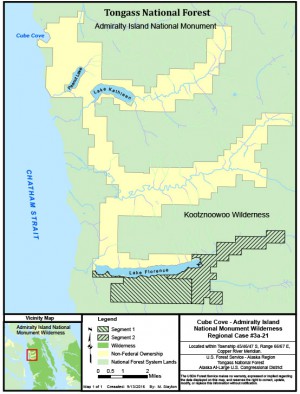 Cube Cove-area land is being sold to the Forest Service. The two southernmost parcels were purchased for about $4 million. (Map courtesy Forest Service)

The once-forested area was acquired by the corporation under terms of the Alaska Native Claims Settlement Act.

It was extensively logging over an 18-year period ending in 2002.

King said the Forest Service may spend additional funds to speed its restoration.

“It’s possible that as we do further analysis on it, that if we determine to better help the habitat that thinning may occur. But those decisions have not been made yet,” he said.

He said the agency hopes to purchase the remaining Cube Cove acreage, which includes three lakes, over time. But that depends on future federal budgets.

The sale also is part of legislation introduced by Alaska U.S. Sen. Lisa Murkowski earlier this year. Some environmental groups have said it would allow Shee Atiká to purchase and log timberlands on Prince of Wales Island.

Shee Atiká President and CEO Ken Cameron said  the Native corporation hasn’t decided what to do with the $4 million it’s being paid.

Cameron, who declined to be recorded, said it’s on the agenda for a fall planning meeting. He said the corporation understands further sales depend on Congressional appropriations.

The sale has its critics.

“We’re glad that these valuable lands will be back in public ownership where they can heal,” he said.

“It’s sad, though, because we worked really hard in the 1980s and early 1990s to see if we could come up with an exchange so Lake Florence and Lake Kathleen could have been returned to public ownership before they were clear-cut,” he added.

“And now, in this situation, the government would buy back the lands that were logged? And Shee Atiká made a profit on them? And now the government’s buying it back from them? It’s a strange situation,” he said.

And Shee Atiká shareholder Mike Kinville said the corporation shouldn’t give up any of its property.

“Shee Atiká is not making, what is in my opinion, sound decisions. To sell our last pieces of land concerns me,” he said.

The purchase was announced Sept. 16 in a joint news release from the federal agency and the corporation.

King, of the Forest Service, said there’s a reason these particular parcels were bought first.

“It was determined that the most logical way to purchase the lands was to start at the backs of the property or the furthest from the water. And purchase our way out to the waterfront, so that we didn’t isolate pieces of property without access to them,” he said.

The Forest Service said buying up wilderness inholdings is a high priority for the Tongass and is listed in its land management plan.