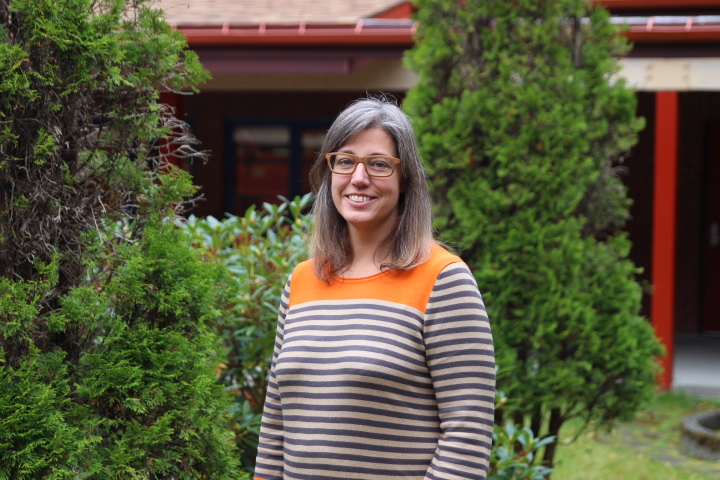 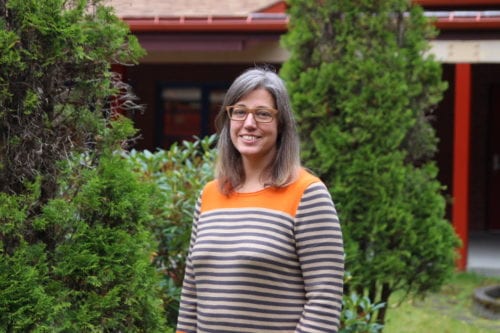 Mt. Edgecumbe High School has a new superintendent. Janelle Vanasse moved to Sitka from Bethel, where she worked in rural education for twenty years.

Vanasse has been in the education business since she herself was a student in northern Minnesota.

“Even as a high school student I used to be teacher’s aide, so I’ve really known that I’ve wanted to be in education for as long as I can remember,” Vanasse explained.
And she hasn’t looked back since. Vanasse taught for a few years in Wisconsin before leaving the Midwest for Fairbanks, where she worked at a local elementary school for three years.

But it wasn’t until moving to Bethel that she really settled in. For the first couple of years, Vanasse devoted herself to a vocational training program for students and adults. She then spent a decade at Bethel Regional High School, serving as the school’s principal for part of that time.

“I really think, as a state, many of our rural Alaska youth have such potential and can be really amazing leaders and we just need to work to make sure they have access to the education and the opportunities they need,” urged Vanasse.

Vanasse has been living out that philosophy throughout her career. In 2014, she was hired as the Director of secondary education for the entire Lower Kuskokwim School District.
“And their district is Bethel and 23 village schools in that area, in that Western Alaska area,” Vanasse explained.

With her eldest son starting college, though, and the youngest gearing up for high school, Vanasse said she was ready for a change, but it had to be the right change.

“So when I saw that Mt. Edgecumbe was available, I was like, ‘This is perfect.’ It’s high school students, which I really, really love,” said Vanasse, adding, “it’s primarily rural Alaska students, which I’ve been working with for a long time already, and it just aligned with all the things that excite me about education.” 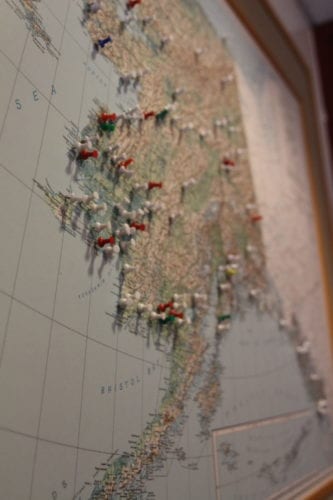 Students at Mt. Edgecumbe come from all across the state. (KCAW Photo/Emily Russell)

But boarding schools are met with mixed feelings in parts of the state like Bethel, which is predominantly Alaska Native.

The Bureau of Indian Affairs operated day schools and boarding schools throughout the 20th century. At times, two thirds of Alaska Native children were sent to those facilities, some as far away as Oklahoma, and discouraged from practicing their language and culture.
Mt. Edgecumbe used to be one of these very schools and Vanasse is sensitive to that fact.

“We are trying to be the best that boarding schools can be and we really need to learn from our past and be really aware of that history and not repeat the negative parts to it,” said Vanasse.

She recognizes that if kids decide to come to Mt. Edgecumbe, they miss out on the fall berry picking season or the spring whale hunt. So the school makes an effort to celebrate the traditions students grew up with.

In fact, there’s a space dedicated to doing just that.

“Probably one of the most popular things that we have in the evenings is the cultural room,” Vanasse explained. “There’s fry bread Friday, Akutaq Sunday…”

She said the fact that kids come from such different parts of the state naturally makes them more curious about how their friends were raised.

It’s clear that’s what’s really important to her– that her students feel at home. She can relate to the challenge that comes with moving to a town like Sitka that, she said for example, has a fishing industry rather than a subsistence fishing culture.

And that’s not the only bit of culture shock she’s faced since arriving in Sitka this summer.

“I didn’t realize I had learned to talk a little slower living in Western Alaska and I come and I’m like ‘Wow, this is a world of words!’”

Vanasse expects to be in Sitka for at least four years. She said she’s looking forward to watching her own son graduate as a Mt. Edgecumbe Brave in 2020.