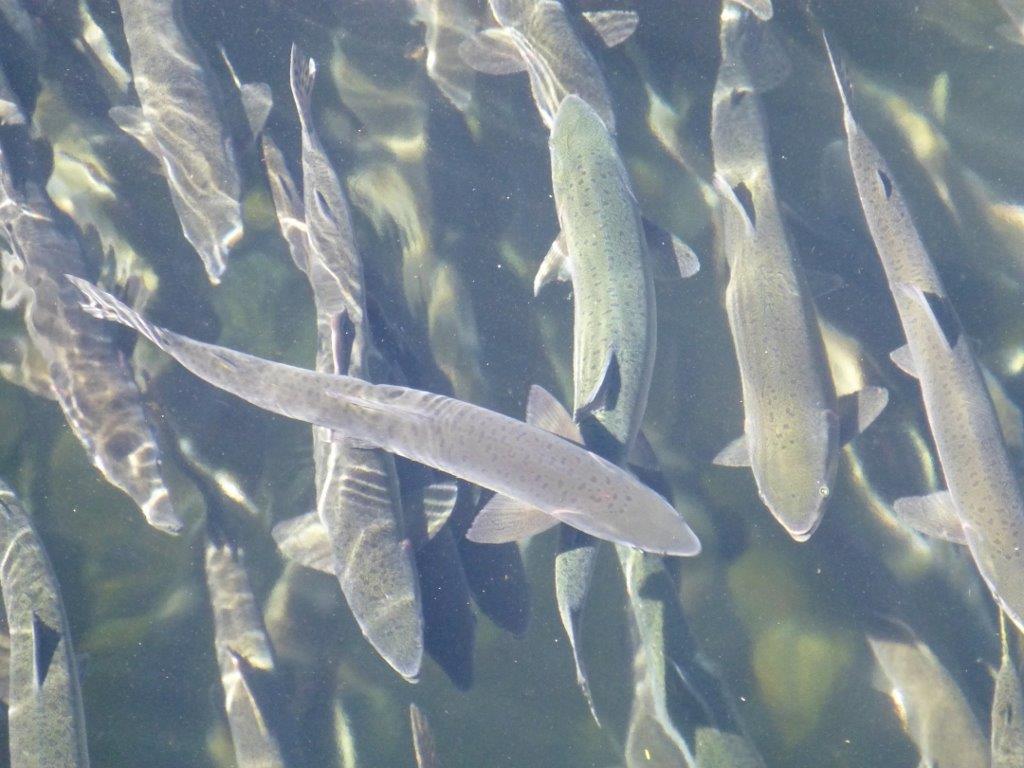 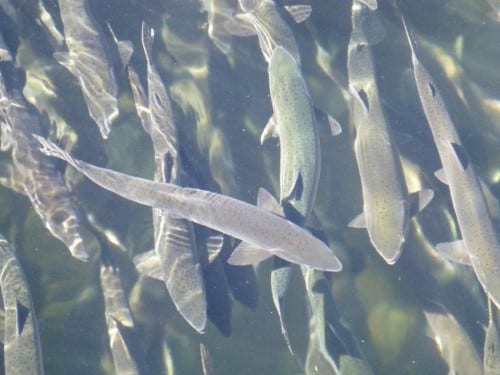 The Assembly appropriated $98,000 from the Blue Lake Bond Proceeds to buy a new transformer for the Medvejie Hatchery substation, after crew discovered a fatal design flaw in a decade old replacement. The hatchery produces chum, Chinook, and coho salmon. Utility Director Bryan Bertacchi said it’s installation could pose a safety issue for both personnel and for fish.

Assemblyman Steven Eisenbeisz asked Bertacchi why the city is paying for this replacement.

Eisenbeisz: Why as a municipality are we purchasing transformers for large entities when small businesses – [like] marijuana cultivation businesses – are being forced to buy their own $15,000 to $20,000 transformers?

Bertacchi: Yeah Steven, in most cases the new users or industrial users do purchase their own transformer. In this case, I looked back at the history and this transformer was purchased. It is effectively owned not by the hatchery, but by the electric utility.

The Assembly then authorized Bertacchi, who was sitting in as city administrator, to sell the replacement transformer with proceeds going back to the Electric Department or the Rate Stabilization Fund. He estimated its value over $100,000.

Assembly appropriated $250,000 for legal, geotechnical, and other expenses related to the August 2015 landslide. On October 7th of this year, two parties served summons against the city. They are homeowners Andrew and Rebecca Friske and the family of Elmer and Ulises Diaz and their estates. The Diaz brothers lost their lives in the landslide. The prosecutor for both lawsuits is Phillip Paul Weidner & Associates based in Anchorage.  For their defense, the city is contracting with Savitt, Bruce & Willey based in Seattle. The firm has been working with the city for nearly a year.

The Assembly also postponed a decision to transfer a general fund balance of $440,862 into the public infrastructure sinking fund. Assemblymen Tristan Guevin said he’d rather the money be set aside for helping patch holes in the budget for next year or softening electric rate increases.

“I feel like the FY16 fund balance is a fairly logical source of funding to put into the rate stabilization fund. I wouldn’t want to take that option off of our plate,” Guevin said. They Assembly will make a final decision about the money at their November 22nd meeting.

The Assembly also endorsed renaming the 1-mile Forest and Muskeg Trail the “Ben Grussendorf  Trail.” The former Sitka Mayor and state lawmaker was an avid hunter, trapper, and outdoorsman. The state Department of Natural Resources has the final authority on changing the trail name for good.

Steven Eisenbeisz and Tristan Guevin voted “No” on the resolution, taking the position that Sitka places shouldn’t be named after people. Both supported the recent change of Kettleson Memorial Library to Sitka Public Library. Eisenbeisz felt that renaming the trail would be “counteractive to our position.”

In special reports, Community Development Director Maegan Bosak informed the Assembly that the city will be hosting an affordable housing fair on Tuesday, November 8th from 5 to 8 p.m. in Harrigan Centennial Hall. The fair will coincide with a meeting of the Planning Commission as they continue to re-write Sitka’s Comprehensive Plan.

November 8th is also election day – for U.S. president, state, and tribal council members. For the general election, voters can cast early and absentee ballots on the third floor of City Hall from 8 a.m. to 5 p.m. through Monday, November 7th. For Sitka Tribe, absentee and early ballots are available from 4:30 to 6:30 p.m. at STA’s Offices at 456 Katlian Street.