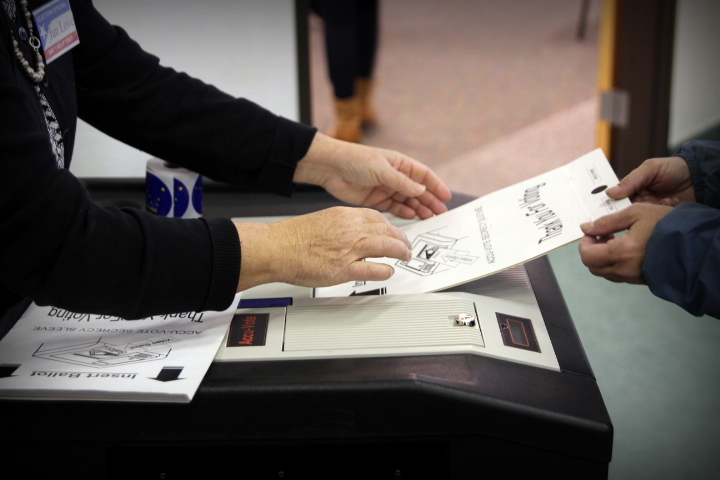 US House of Representatives

The race for House District 35 is close, with incumbent Jonathan Kreiss-Tomkins getting 55 percent and challenger Sheila Finkenbinder has 44 percent of the votes with seven of fourteen precincts reporting. With unofficial results trickling in, races across Alaska are showing early leaders.

Senator Bert Stedman, who is running unopposed, has just under 96 percent of votes cast, with 4 percent going to write in candidates.

Turnout in Sitka was down this year compared to the 2012 general election. Precinct 1 (Grace Harbor) had 1370 ballots cast and precinct 2 (St. Gregory’s) 1481 ballots were cast.

In Alaska, Donald Trump leads over Hillary Clinton with 52 percent to Clinton’s 37 percent.

The race for U.S. Senator has a similar divide, with incumbent Lisa Murkowski with 43 percent, Joe Miller 29 percent and Margaret Stock in third so far with just over 14 percent.

Congressman Don Young is showing 49 percent of votes, with Steve Lindbeck making a challenge at 38 percent.

Ballot Measure 1, which if passed would allow Alaskans to register to vote when applying for the permanent fund dividend, has 65 percent votes in favor. Ballot measure 2, which would allow the state to issue bonds for post-secondary student loans, has 56 percent of votes against.