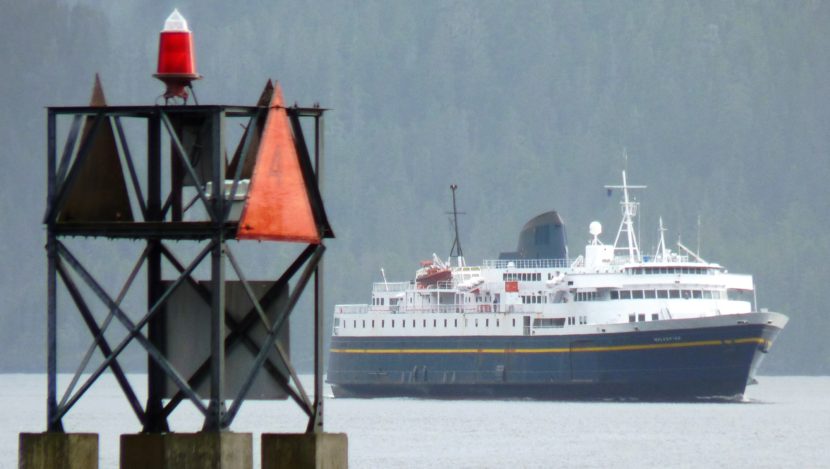 The ferry Malaspina makes a rare appearance near downtown Sitka in 2010. A new report suggests a public corporation be formed to manage ferry operations. (Photo by Ed Schoenfeld/CoastAlaska News)

The Alaska Marine Highway System should break into two agencies to prepare for the future.

That’s the conclusion of a new ferry governance study released by the Southeast Conference, a regional development organization. It examined ferry operations in Alaska and elsewhere.

Report author John Waterhouse said scheduling, pricing and similar management areas would be handled by a public corporation owned by the state.

“Give the folks operating the ferries the flexibility and tools to evaluate their routes and revenues and to really do what they need to do in terms of making the system as efficient and provide as much benefit as is financially possible to the core user groups,” he said. 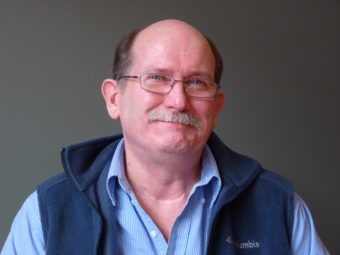 He said marine highway assets would remain the property of a state agency.

“The state maintaining ownership and control of the vessels and terminals and what-not allows them to be able to get federal funding to be able to do maintenance and capital improvements on them,” he said.

The study recommends several interim changes. They include forward-funding the system and giving the marine highway control over labor negotiations.

Those could be difficult to get through the Legislature.

Watson, who manages a small ferry system in southern Southeast, calls the plan a starting point.

“If you create a mechanism that allows you to do a little bit more long-term planning and some of the things … the marine highway has a hard time doing, I think that everybody believes that would be of benefit,” he said.

Marine highway officials say they support the study and any efforts to improve the system.

Report author Waterhouse said the next step will be to develop a business plan.