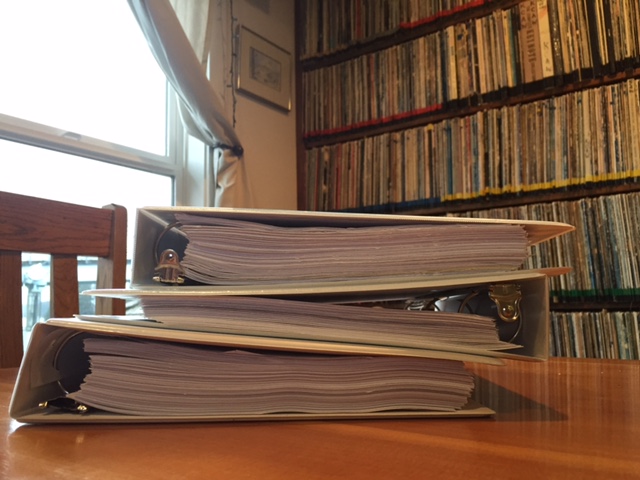 Over half of the FY18 budget deficit – $2.7 million dollars – is concentrated in one area: the Electric Fund. The city is struggling to pay off the Blue Lake Dam and it’s weighing down the books. (Emily Kwong/KCAW photo)

At the direction of the Sitka Assembly, City Administrator Mark Gorman has adjusted the FY18 budget. See draft here: fy18budgettargets_-112816-pdf

The Sitka Assembly is bracing itself for the most important time of the year. And no, it’s not the holidays. We’re talking about the city budget.

The deficit this year is significant – $4 million dollar – and a big portion of that is within the Electric Fund. But rather than bolster the Electric Fund with money from other places, the Assembly has begun to consider what it would mean for the fund to stand on its own.

The Sitka Assembly will puncture the budget gap with a three-pronged spear: of reductions (cuts to city services), new revenue, and reserves. The three R’s. The tricky part will be balancing those elements in a way that neither overburdens citizens nor undermines city services. During Tuesday’s regular Assembly meeting (11-22-16), Mayor Matthew Hunter tagged each “R” with a dollar goal, while City Administrator Mark Gorman took notes.

“We want at least $1 million in cuts, roughly, looking at these numbers. And the amount of cuts is going to be driven by whether or not we approve new revenue,” he said.

Hunter suggested the Assembly look for $1 million dollars in new revenue, generated by raising taxes or user fees. In October, voters rejected raising property taxes to cover the deficit, so Assembly members must research other options and bring them to the table as ordinances for public debate. A few voiced in interests in particular tax policies.

Aaron Bean: A tax on all fish boxes.

Other ideas include imposing a 6% sales tax year round, a bulk fuel tax, and reevaluating tax exemptions altogether.

Now, the fact that Sitka has a budget gap isn’t unusual. As state money tapers, communities around Southeast are balancing the books too. What makes Sitka’s situation tricky is that over half of the FY18 budget deficit – $2.7 million dollars – is concentrated in one area: the Electric Fund. The city is struggling to pay off the Blue Lake Dam and it’s weighing down the books.

Earlier in the meeting, Bean asked Jay Sweeney, Chief Financial and Administrative Officer, what would happen if Sitka simply didn’t pay back the bonds on time. While very little is written in writing, Sweeney said it would likely cripple the city’s financial credibility. He added, “It also could have collateral effect on the municipality’s ability to borrow elsewhere from the State of Alaska. Sitka would viewed – if it had the capacity to pay and chose not to – as not in good faith.”

So far, this hasn’t been a problem. For the past two years, the Assembly has patched the hole in the Electric Fund with money from the General Fund. This year, the subsidy was $1.6 million. But the winds are starting to shift. Eisenbeisz, who once championed subsidizing the electric fund with property tax revenue, now thinks the fund should pay for itself. He’d rather see electric rates rise than the Assembly tax citizens elsewhere.

“As hard as it is to say, I’m leaning in that direction,” Eisenbeisz said. “If we don’t make this electrical fund stand on it’s own, we’re going to increase taxes or revenue in some other way. It’s the same money coming out of the same 9000 people’s pockets. There’s no way around that right now unfortunately. I want to see the Electrical Fund stand on its own as enterprise funds are designed to do.”

Assuming electricity usage in Sitka stays the same this winter as last winter, rates would increase by 22% — bumping residential charges for the first 1000 kwhrs from 12 cents to 14 cents.

The Assembly has mixed opinions on this. While some want to eliminate the subsidy, others prefer to simply reduce it. Guevin wants to scrap it in favor of a targeted subsidy, that would assist low and middle income Sitkans. He suggested offering it to households that make less than $125,000 a year. “I’d like to see this as more of a needs based subsidy. I think that makes a whole lot more sense. We don’t need to be subsidizing the yacht owners and other folks like that,” Guevin said.

Potrzuski supported the idea, but wanted to lower the threshold to qualify to $70,000. Bean worried such a system would be abused, while Eisenbeisz raised concerns about whether City Hall could implement a needs-based program. “The logistics of such a program. I’ll admit to knowing very little about it, but the implementation and logistics on a municipal level…it’s frightening at this point,” he said.

Keep in mind: this debate is based on policy ideas. Nothing has been put on paper yet.  Moving forward, it’s up to the Assembly to sponsor ordinances for new revenue and up to the city to look inward for places to cut.