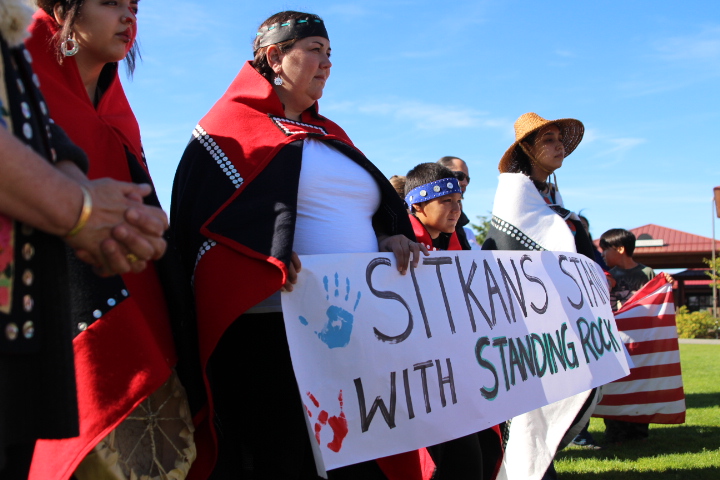 Protests on the Standing Rock Sioux reservation continue this week. That’s despite rising tensions between protesters and police and dropping temperatures in the midwest. An event in Sitka on Saturday (11-26-16) aims to raise food and funds for the reservation’s residents, who fear that the Dakota Access Pipeline could threaten their drinking water and destroy sacred lands.

Lakota Harden’s family is from the Lakota Nation in South Dakota. “I’m a Minneconjou and Yankton Lakota,” explained Harden.

Harden spent part of her childhood in Sitka, where she lives now. Since protesting against the Dakota Access Pipeline began this summer, Harden said it’s been difficult to be so far away. Actually, she described it as “turmoil.’’

“Every day I wake up and think, ‘What am I doing here? I need to be down there,’ especially when I see pictures of my nephews with rubber bullet wounds,” Harden explained.

Harden did travel to Standing Rock in September, but said work is keeping her in Sitka at the moment. Still she couldn’t sit idly by. A few months ago she and a few friends helped organize a drum circle downtown.

“And we did come together and we sang and prayed, because that’s what they’re asking people to do, first and foremost, and that’s what we did,” Harden explained. “We had a sign that said ‘Sitka Stands with Standing Rock.’”

The Dakota Access Pipeline would pass under the Missouri River, which the Standing Rock Sioux Tribe says threatens its drinking water. That type of message resonates with people in Sitka, Harden said.

“This land– we love this land, we love these waters, we want to protect them,” Harden said. “So people want to make a stand with Standing Rock here [in Sitka].”

And Harden wasn’t the only one wanting to do more. Matthew Jackson was also feeling restless, especially recently. 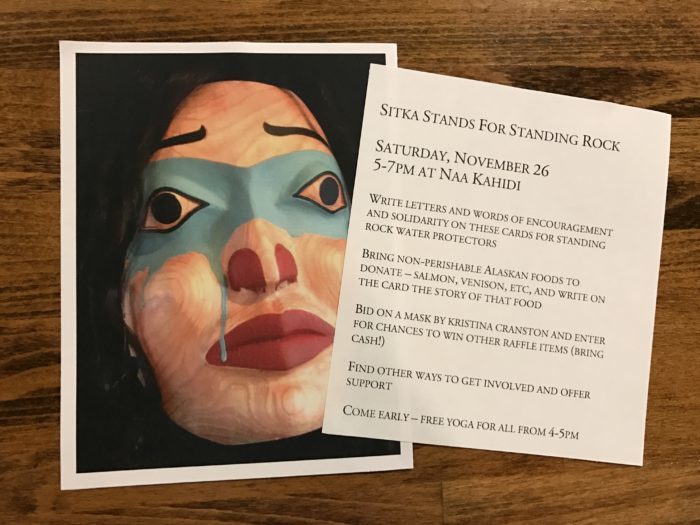 “Over the last couple of weeks, myself and some of my friends were growing more and more concerned over Standing Rock,” Jackson said.

But, he said, talking just to his friends wasn’t enough.

“Most of my friend group is white,” Jackson explained. “In some places in Sitka it can be hard to break the racial divide, but we knew that solidarity had to start at home, and so we reached out to some folks in the Native community like Lakota [Harden].”

And soon thereafter, they found out a fundraiser was already being planned in Sitka this weekend. So, Jackson said, they all sat down together at a local cafe and built on those plans.

There’s going to be yoga, letter-writing, and an art auction. Jackson said they’re also hoping to collect traditional foods to send down to protesters.

Both Jackson and Harden said this won’t be the end of fundraising efforts in Sitka. Like the protestors, they’ll stand with the Sioux Nation until tribal lands and drinking water are out of danger.

The event in support of the Standing Rock Sioux takes place at Sheet’ka Kwaan Naa Kahidi Saturday, Nov. 26 from 4-7 pm.