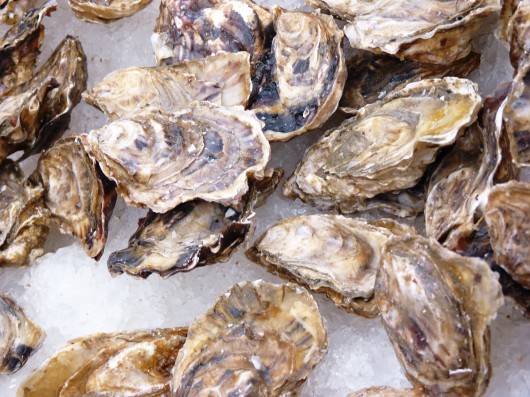 The world’s oceans are becoming more acidic and, like climate change, it’s happening at a faster rate in the far north waters of Alaska.  A workshop held in Anchorage Wednesday (11-30-16) aims to bring together scientists and stakeholders to better understand the threat ocean acidification poses to the state. As KCAW’s Emily Russell reports, the workshop is being streamed in nine other communities around the state, including Sitka.

Not only are the world’s oceans about 30 percent more acidic today than they were three hundred years ago, the rate at which they’re acidifying is faster than at any other time on record.

Chris Whitehead is the environmental program manager for the Sitka Tribe of Alaska.

“So, more carbon in the air getting absorbed by seawater makes it more acidic,” explained Whitehead of ocean acidification.

The Tribe has been testing toxins in shellfish for years, but soon it  will start testing the waters for levels of acidity. According to Whitehead, ocean acidification poses a particular threat to marine animals at the bottom of the food chain.

“Like if you’re a little tiny clam or a terapod, which are these little tiny plankton that form really delicate shells,” Whitehead explained, ‘your shell can’t form.”

That’s because the more acidic ocean water is, the more corrosive it is. That worries people like Hannah Heimbuch. She’s planning on attending the ocean acidification workshop.

“A lot of my questions are around the foodweb and predator-prey dynamics,” explained Heimbuch.

Heimbuch lives in Homer, where she fishes commercially.

“There are so many unanswered questions about how [ocean acidification] will affect the ecology of the marine environment,” Heimbuch said. “As a salmon fisherman, I would like to know how it will affect what the fish I catch eat.”

Along with catching fish, Heimbuch also works for the Alaska Marine Conservation Council as a community fisheries organizer. She’s been focused recently on ocean acidification, trying to inform people about the effects it may have on Alaska’s waters.

It’s that network that organized the workshop on the “State of the Science” of ocean acidification. There will be remarks from researchers and policymakers, panel discussions with scientists from around the state, and presentations on lessons learned from the Pacific Northwest.

The workshop is free online, and will stream directly to some of  the state’s major fishing communities like Unalaska, Kodiak, and Sitka. Hannah Heimbuch says, for them, ocean acidification poses a direct threat to their local economies.

“I think that folks that are based in coastal Alaska understand that we need to take that long term view and really try to better understand these big-picture changes happening out in the ocean.”

Because, Heimbuch said, at the current rate of ocean acidification, it won’t be long before those changes will be felt on shore.

In Sitka, a remote viewing of the workshop is being held at the Island Institute on Wednesday from 8am to 5pm. You can find a link to stream the workshop online. The presentation is also being streamed in Cordova, Fairbanks, Homer, Seward, Juneau, Kodiak, Nome, and Unalaska.