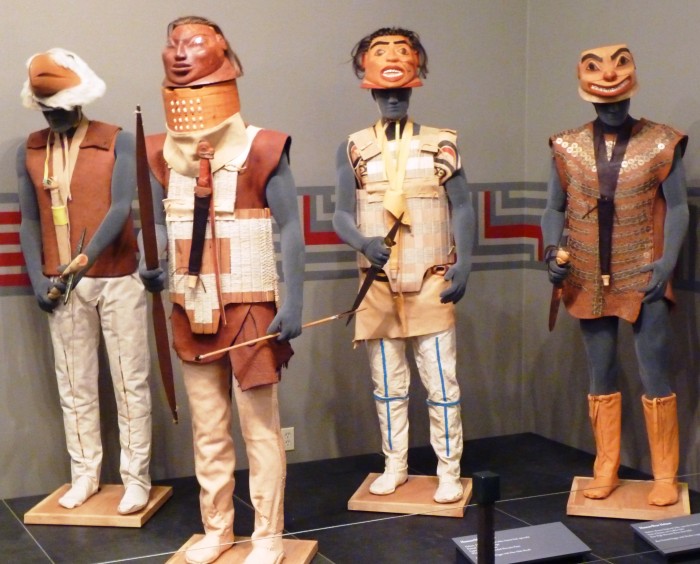 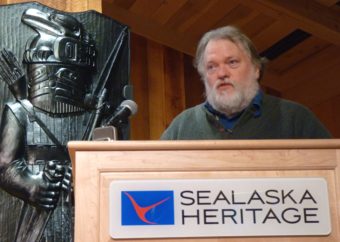 When Alexander Baranov led Russian fur traders into Southeast in the late 1700s, he met some fierce resistance.

“He has a very vivid description of how terrified this made everybody seem because these big figures just materialized in the middle of their camp. Because of the layers of padding, they were all really big and tall. The helmet might add another 6 to 8 inches,” he said.

But they were exceptions. Henrikson, the museum’s collections curator, said most warriors did battle with little to protect them, beyond animal hides.

“The types of battles that they had often required lots of quick movements and if you’re wearing that armor, it’s fairly heavy and bulky and it restricts your movements. So it would only be employed in very strategic ways,” he said.

He showed examples of helmets adorned with sea lion whiskers and animal skins.

“Some helmets used the headskin of a bear, a brown bear stretched over a plain, wooden form,” he said.

Battle helmets were thick, made out of burls and other off-grain pieces of wood, which were harder to penetrate or crack.

Henrickson said the origins and ages of many are not known. But one whale design points to a possible origin.

“This one has a seal in its mouth and that may point to it being from the Killer Whale Chasing Seal House of Angoon,” he said. 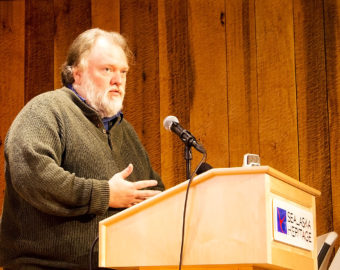 Henrikson and his fellow researchers have tracked down nearly 100 helmets in museums in the U.S. and overseas.

And sometimes they just show up at an auction. That was the case for one recent find, which appears to represent a merganser, a crested duck with a serrated beak found in Alaska waters.

“Again, no documentation. It was just found in a castle in France. But it’s purely Tlingit,” he said.

He said there’s no question Southeast’s Haidas and Tsimshians made armor too. But so far, most examples are Tlingit.

Armor was made of wood, animal hides or both, sometimes held together by sinew or yarn.

Henrickson said they were strengthened by other materials, including outdated Chinese coins brought in by Russian fur traders.

“They were able to get a good deal on them and they brought them out here and Northwest Coast Natives used them for decorating their regalia but also to maybe make the armor more impermeable to bullets and buckshot,” he said.

That only worked for a while. Early firearms were often weak and inaccurate. As guns gained strength, armor became no match.

But it still had ceremonial use, which continues to this day. And, a number of modern artists have created their own versions for display or use in dance groups. 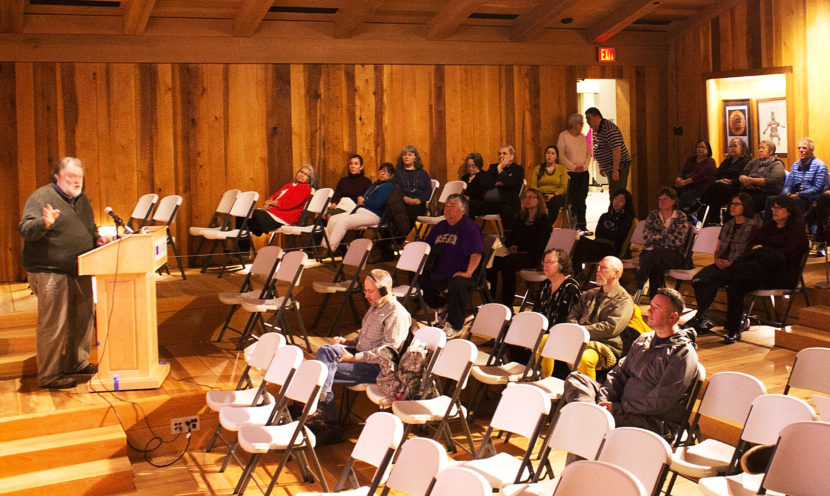