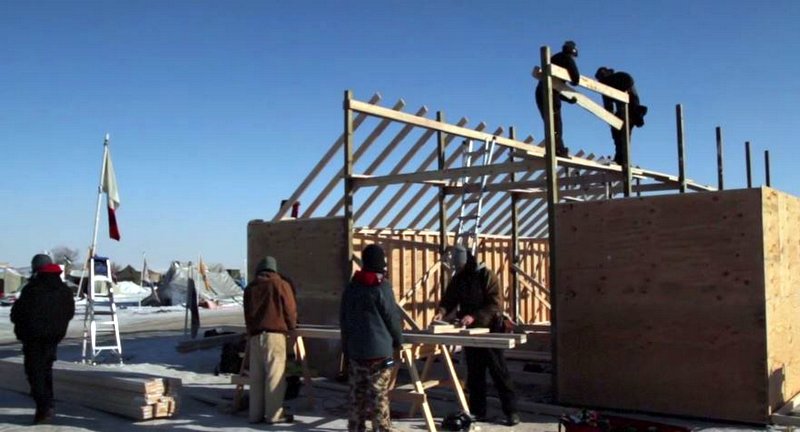 Despite winning a major concession from the US government last week (12-4-16), protesters near the Standing Rock Indian Reservation in North Dakota are digging in for the winter.

Sitka-based filmmaker Emmett Williams just spent ten days at the camp working on short profiles of some of the people supporting the Sioux Nation in its protest against the Dakota Access Pipeline.

His final short film is called “This is Where We Stand: The Allies,” and features Katie Petitt from the National Black Lives Matter organization.

“We believe that our liberation is caught up in everyone else’s liberation and so we think that what they’re doing here is incredibly important. We can also learn a lot from the way they’re doing it. The peaceful ceremonies, the non-violence, the welcoming of everyone.”

THIS IS WHERE WE STAND Standing Rock (The Allies) from MISSION MAN MEDIA on Vimeo.

With the onset of severe cold, tribal leaders are discouraging people from joining the protest. Petitt says Black Lives Matter wants to spend the winter alongside the Sioux.

See Emmett Williams’s other short film from Standing Rock, and listen to an interview with the filmmaker.