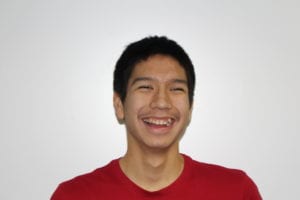 The following personal essay was written by a student in Kake, as part of a special project between the Kake City School media class and Raven Radio.

Hello, my name is Simon Friday and I’m a junior at Kake High School. Addiction — without a doubt — is bad. Well actually, it depends on what you’re addicted to. If you’re addicted to making others happy or addicted to a sport, it’s not so bad. In fact that could be good because you’d be helping society.

But if you’re addicted to something harmful, that’s when it becomes a problem. Addicted to something like alcohol. Now, alcohol has been around for a hell of a long time and will probably be around long after we’re all gone. And it hasn’t always been bad. In early England, beer was actually safer to drink than water because the water was so polluted. So beer was actually the safer choice back then, which is kinda weird to think about.  But nowadays it’s not.

Listen to Simon’s essay, in his own words:

Nowadays, millions of people every day drink until they are senseless. They drink alcohol until they can’t remember what they did the night before. And they continue to do it no matter how crappy they feel the next day. Which honestly is something that does not sound like a good time. Not to me anyways.

Now some of these people have responsibilities that they choose to ignore. Whether it be their job, their family, their kids, or even something as simple as a job interview that they have to make the next day.

Now I’m not saying all people who drink are bad people. No. That’s not it at all. Because I have some friends who drink and they’re still really good people. But it’s because they are still responsible. They understand that there are things bigger than one night of drinking. But then you have people who just drink every night because they want to or because they feel they need to. Drinking to escape something that they feel is looming over them. Running from reality. And you can see this all over the world.

And this may not seem like a bad idea to some. But if you fall into this pattern it could easily lead to depression. That’s when you feel trapped. Like you have nowhere to go. And from there, it could very easily to depression, which is something much more serious. Depression is something that could lead to harmful and dangerous things. Things like loss of appetite, lack of drive to do anything, loss of interest in your passions, and worst of all suicide. All because that bottle hooked you. All because you couldn’t put that bottle down, come back to your own life, and take care of your problems.

But still I can understand it, because lots of people feel alone when they’re not. Lots of us feel that the things we face are things that no one else will help with, or wants to help with. That’s just not the case. In reality, there is always someone around who lives and cares about your well-being. I’m not saying that quitting is easy, but it’s never going to get done unless you try. Because if you’re willing to stop drinking, you’re going to have to come to that decision on your own. No one is going to make it for you. And if you show people that you’re willing to try, they will support you.

So instead of reaching for that bottle, reach for the phone. And call someone. Tell them you need help. Don’t afraid to reach out to your friends or your family. You do not have to be controlled by your drinking.