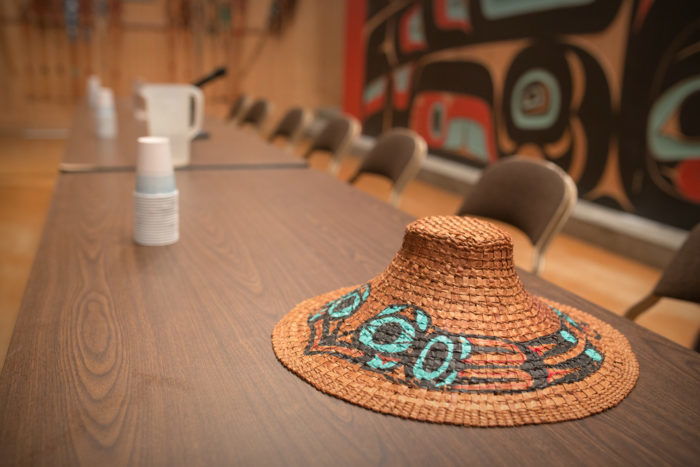 Sitka’s native corporation is on the road to bankruptcy, or at least that’s what some are saying. A group of Shee Atiká shareholders are meeting this weekend to discuss the fate of the corporation.

CeeJay Johnson is a Shee Atiká shareholder and one of the most outspoken critics of the corporation. She said she started worrying a few years ago.

“It was actually my uncle, Norman Johnson, who brought it to our attention,” Johnson explained. “He kept bugging me and I’m really glad he did, telling me to look at the annual reports. I get them every year and I put them aside and never really looked into them.”

Johnson went to school for accounting, so she finally sat down one day with Shee Atiká’s annual reports. She said she was floored by what she saw.

“I couldn’t understand what was going on, because at one point we were making $150 million in revenue every single year from contracts, and the next thing I knew, we were only making $2-3 million a year.”

According to Shee Atiká’s annual statement from 2010, the corporation made over $180 million in total revenue. In 2015 that number dropped to around $3 million.

Like most corporations formed out of the Alaska Native Claims Settlement Act, Shee Atiká was issued land and has its own investments, from federal contracts with the military to commercial real estate both in Sitka and around the nation.

Also like most ANCSA corporations, Shee Atiká pays out distributions to its shareholders, or what sometimes are referred to as dividends.

Johnson said many of the more than 3,000 shareholders have come to depend on those checks.

“Especially elders, [who] really rely on those distributions to make ends meet or get caught up on bills or buy Christmas presents or even pay heating and fueling costs,” Johnson explained. “They really need it. And that’s what I’m mostly worried about because there are elders that need those benefits.”

Every shareholder was issued 100 shares when Shee Atiká was founded. At $5 per share in 2015, the maximum payout was two $500 checks, or $1000. Johnson fears the value of those shares may drop as the corporation’s revenue drops.

Funeral benefits are being slashed in half, staff travel cut way down, janitorial services eliminated in its two buildings, and shareholders will now receive a distribution once a year instead of twice to cut down on the cost of postage.

“I think it’s great to cut costs if the corporation needs to do that,” said Ted Wright. Wright is a Shee Atiká shareholder and has served on the corporation’s board.

“But if they need to make that many cuts across the board, that’s an indicator that we’re in serious trouble.”

There is one number that would indicate otherwise– the CEO’s paycheck. Ken Cameron’s salary has continued to grow over the years. In 2015, Cameron took home $411,000.

“It’s greed,” said CeeJay Johnson. “If I had a job and somebody was trying to take it away from me I’d probably fight for it too.”

And Johnson said Cameron may have to. Her main goal is to remove Ken Cameron from office. She also says some shareholders are looking into hiring a forensic accounting team to look over Shee Atiká’s books.

Cameron declined to comment about the corporation and says he has no plans of attending this weekend’s meeting.