Shee Atiká shareholders meet, call for CEO to step down

Revenue for Shee Atiká, Sitka’s Native corporation, has dropped by nearly 100 percent since 2010. Shareholders packed the tribal community house on Saturday, Jan. 28 to discuss the fate of their corporation, and it’s more than just revenue they’re worried about losing.

It’s a Saturday night in downtown Sitka. Sheet’ka Kwaan Naa Kahidi is packed with people and the stage crowded with dancers in bright red and black regalia.

But this isn’t just a dance performance. It’s a meeting organized by Shee Atiká shareholders. 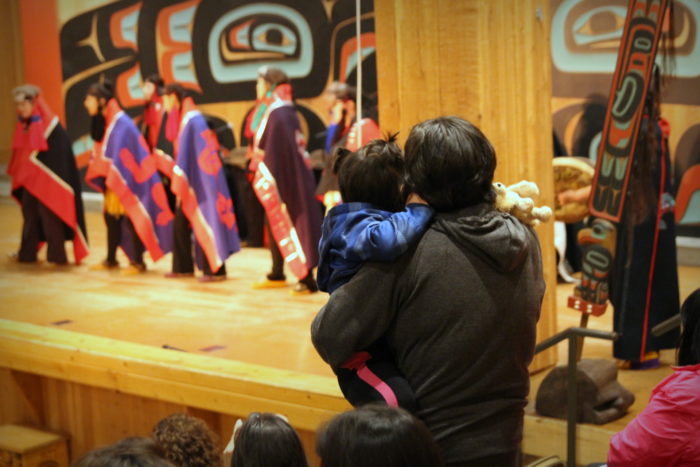 Members of Shee Atiká’s board and management were invited to the meeting, but none of them showed. That includes CEO/President and Chairman of the Board Ken Cameron, who has previously declined to comment on the issue.

So, what are shareholders concerns? Let’s start with the money. Shee Atiká’s financial statements show that from 2010 to 2015, total revenue dropped from $182 million down to just $3 million.

“There was eight years of huge cash flow coming in and nothing was really done on the management end to figure out– we’ve got all this cash, what are we going to do?” Riggs explained.

Riggs left the corporation in 2008 and in 2010 revenue began to plummet.

Shee Atiká is now scrambling to slim down its spending, which brings us to of shareholder benefits.

The corporation offers scholarship money and funeral benefits to its more than 3,000 shareholders, like Ethel Makinen. She just lost a son in early January. 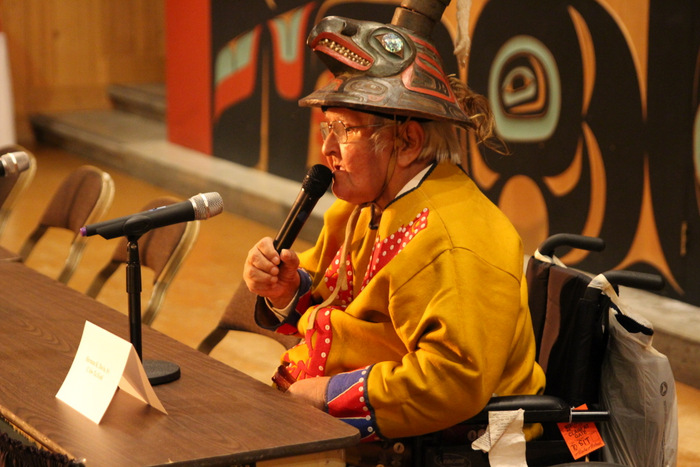 “It’s hard to lose your loved ones, and if you can’t afford to pay for it this helps,” Makinen explained.

But Native corporations weren’t originally set up to pay for funerals or issue dividend checks. They were established to manage Native lands. The Alaska Native Claims Settlement doled out more than 44 million acres of land to newly established corporations.

Harvey Kitka voiced his concerns about that during the meeting. He’s the son of one of Shee Atiká’s founding directors Herman Kitka, who he says fought tirelessly for the land.

“The land over on Cube Cove area, right now they’re giving it away for almost nothing,” Kitka said.

The U.S. Forest service is paying $18.3 million for it. An appraisal in the 1980s did value the land at over ten times that much– $176 million– but that was before the land was logged extensively.

Whether it’s the land sale, the loss of shareholder benefits, or decline in revenue, there is one thing shareholders like Larry Garrity agree could be downsized. 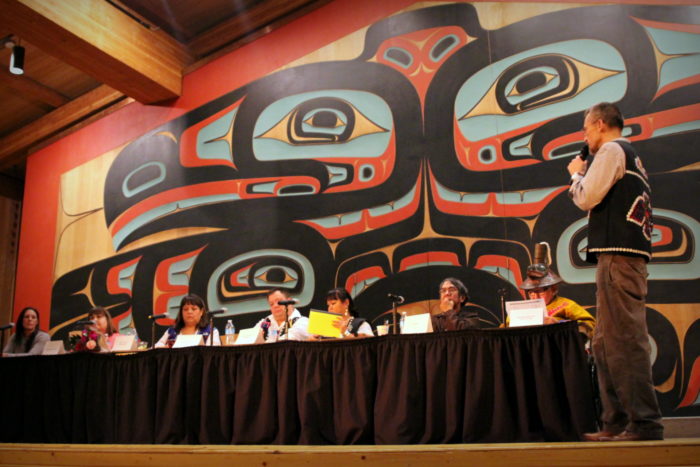 A panel of shareholders addressed the crowd of over 150 in Sheet’ka Kwaan Naa Kahidi. (Emily Russell/KCAW)

“The only place we haven’t cut is our management’s salaries. Everything else is being cut,” Garrity said.

President/CEO, and Chairman of the Board Ken Cameron’s salary has gone up in the last five years. According to Shee Atiká, Cameron took home $411,421.50 in 2015.

But removing Cameron or anyone else from the board requires shareholders to vote directly and not just by discretion. When shareholders vote by discretion, which is pretty common, they’re essentially let the board vote for them. By doing so, shareholders are entered to win prizes like 50,000 Alaska Airlines miles, $1,000 dollars cash, and so on.

“After a point it’s going to be up to shareholders to decide that we can’t be bought with door prizes,” Dionne Brady-Howard told the crowd, “and that we to see a change not to just get higher dividends, but to make sure that we still have a corporation that still has land 20, 40 or 200 years from now.”

To make sure of that, shareholders are calling for the board to remove Ken Cameron, and if that doesn’t work it will be up to shareholders to vote him out directly.