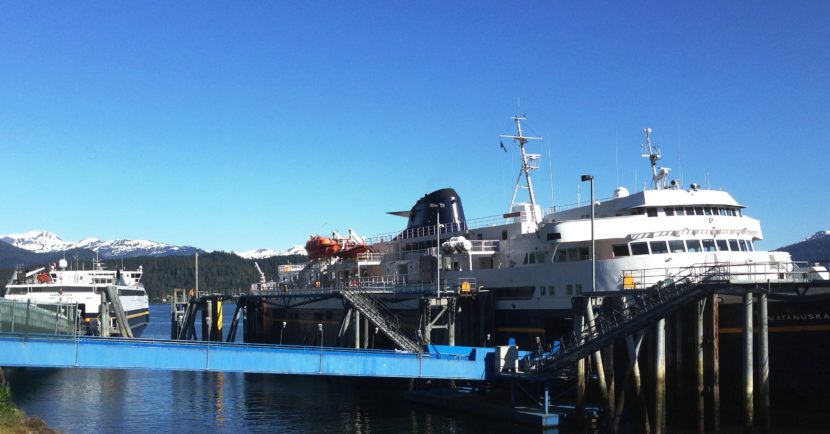 The ferries Matanuska, right, and Fairweather, left, dock at Juneau’s Auke Bay terminal May 20, 2016. The larger ship is delayed in its return to service after an overhaul. (Photo by Ed Schoenfeld, CoastAlaska News)

The ferry Matanuska will take 10 days longer than expected to return from repairs.

The ship, which sails Southeast waters, was scheduled to resume service Feb. 10. Instead, it will return to its route Feb. 20.

The Matanuska has been out of service since Jan. 4 for its annual overhaul. Officials say engineers found more damaged steel than expected.

The Matanuska sails from Prince Rupert, British Columbia, to Haines, with stops in most Southeast port cities.

The ferry was built in 1963, making it one of the Alaska Marine Highway System’s three oldest ships. It can carry up to 450 passengers and about 80 cars or trucks. It has about 100 staterooms.