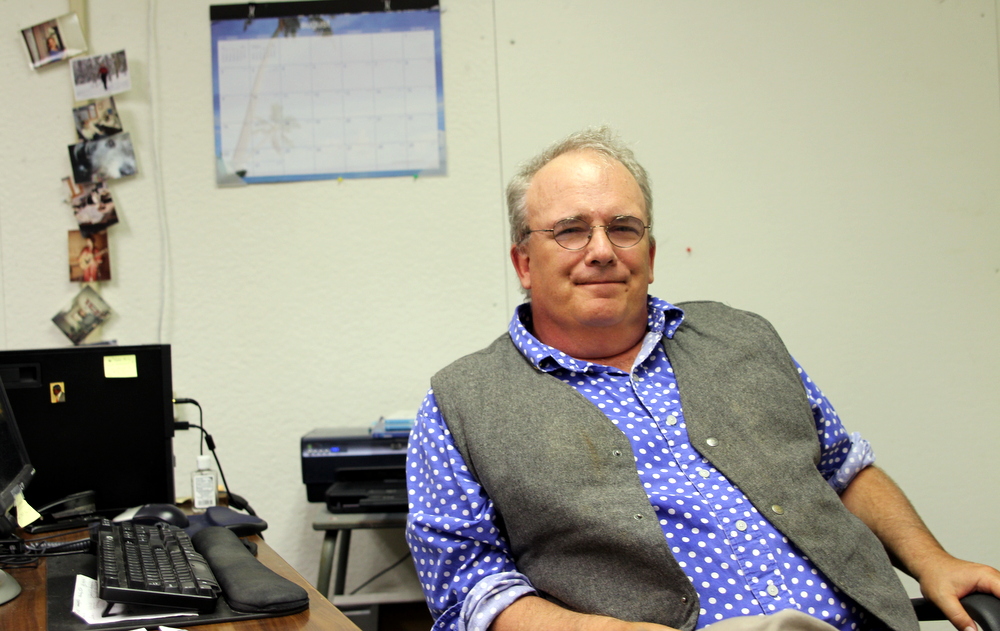 The Alaska State Legislature took a break from its normal schedule on Friday, Feb. 3 to single out a Sitka resident.

Award-winning author and longtime private investigator John Straley received a citation, but not the criminal kind. Legislative citations are given out to honor an individual or group, and this one commends the Sitka mystery writer and private investigator for his contributions to the state of Alaska.

Before the honor was approved by the House, Representative and fellow Sitkan Jonathan Kreiss-Tomkins chimed in with an objection.

“Representative Kreiss-Tomkins, do you wish to speak to your objection?” House Speaker Bryce Edgmon asked.

“Very much so, Mr. Speaker,” answered Kreiss-Tomkins. “I object because I think it would be an injustice not to further illustrate, for the record, the many reasons why, we as a body, are honoring John Straley today.”

Those many reasons have roots in his career, which Kreiss-Tomkins said have taken Straley down a few odd paths.

“He’s been a  blacksmith, a frontier janitor as previously mentioned, a circus clown, and a poet,” Kreiss-Tomkins explained. “He’s probably most well known for his prose and poetry in Alaska.”

It was that prose and poetry that earned Straley the title of Alaska’s State Writer Laureate in 2006.

It also earned him another comment before the House from Anchorage Representative Matt Claman.

Claman has known Straley for years. He shared a question with the House that Straley gets often in his line of work.

“You’re an investigator. Do you carry a handgun?”

Claman explained Straley’s response: “He looks at them and says, ‘No,’ and they say, ‘Well what do you do if you’re talking to somebody and that person wants to kill you?'”

Claman said Straley would look back and say, “They need to bring their own damn gun.”

He’s got humor, but discipline too. Straley keeps a close eye on the Alaska State Legislature.

Representative Kreiss-Tomkins said the former detective would hound him if he felt the Legislature wasn’t getting enough done in Juneau.

“In my first few years, if I was not performing up to standards, John, when I would come home to Sitka, would threaten to run me through the spank machine for not reaching a high enough standard of legislative performance,” Kreiss-Tomkins joked.

During those early years, Kreiss-Tomkins had some of Straley’s words written on a post-it note and stuck to his laptop for guidance. “It comes from the heart,” the post-it note read.

“With John, it always comes from the heart and it has for his entire life,” Kreiss-Tomkins explained. “For that reason, it is my honor to remove my objection and celebrate his amazing legacy as a person and to Alaska.”

The Legislative citation was approved by both the House and Senate in the same day. It honors John Straley for more than three decades of public service to the state of Alaska in the fields of poetry, law, and literature.