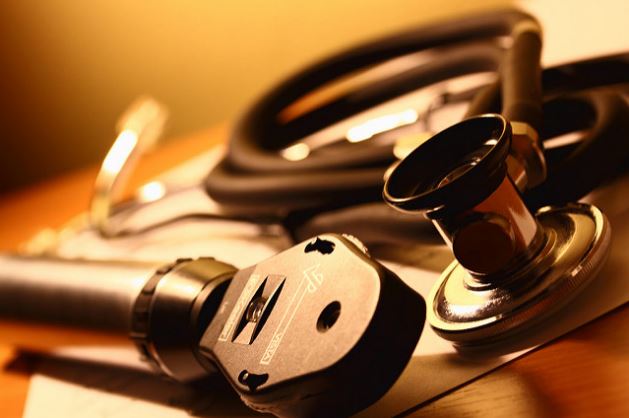 “Comprehensive integration” was what the Sitka Hospital Board was looking for when it began talks with SEARHC last year. Nevertheless, Bertacchi said that even in a merger/acquisition, Sitka could reserve some “superpowers” and some committee seats. (Flickr photo/Adrian Clark)

The Sitka Community Hospital Board has concluded that a joint venture with SEARHC isn’t practical, and is now looking at a possible merger.

Bryan Bertacchi is Sitka’s utility director, who does double-duty as chair of the hospital board.

He told the assembly Tuesday night (2-14-17) that a joint venture with the Southeast Alaska Regional Health Consortium didn’t pencil out, leaving the board to consider one final option.

“It really came to the merger/acquisition. And that deal is way simpler to paper: The financial risk goes to zero for the city. There’s no up-front capitalization for the city. And SEARHC had some very positive ideas on governance issues. How we might, as a city, have some superpowers in that entity — meaning that if there were issues with hiring practices we would have some superpowers in that entity that was formed with SEARHC for this, and to control that. And the city could have positions on various boards. Certainly not the SEARHC board, but on some of the other boards that run the entity.”

The hiring practices Bertacchi refers to are a Native preference, which the Sitka Hospital Board objects to.

Bertacchi said that the major problems with other management models were financial: At least $2 million in startup costs, and a minority stake for the city in the entity which could expose the community to significant expenses if SEARHC, say, chose to build a new hospital.

ECG Consultants were retained by Sitka Community Hospital and SEARHC to facilitate discussions. Bertacchi said the firm had one last task.

“The consultant ECG is preparing a written assessment of the joint venture. It’s going to be delivered to the assembly and the hospital board at the same time — likely within the next few weeks, and it’s likely to recommend that merger/acquisition.”

And likely, this was not the recommendation that the assembly was hoping for when they tasked the hospital board a year ago to discuss consolidated management with SEARCH. Member Steven Eisenbeisz captured the mood in one remark, “We value the hospital in our hearts, but do we also value it in our pocketbook?”

The assembly nearly shot down two proposed goals of the city’s Health Needs and Human Services Commission, before that group even had a chance to argue their position. The group wanted to work toward passage of new policy raising the minimum age to buy tobacco products to 21, and to create an excise tax on sweetened beverages.

Members Steven Eisenbeisz, Bob Potrzuski, and Aaron Bean thought this was diving too deeply into personal freedoms. Kevin Knox — who prior to his assembly service held a seat on the Port and Harbors Commission — recommended allowing the goals to advance, if only to discuss them.

“They are presenting these to us, not as a way for us to start debating the merits of any one of the proposals, but more as these are the goals they’re going to pursue in the coming year, and have the public debate and dialog about whether or not these should be implemented.”

Mayor Matt Hunter agreed. He also didn’t have heartburn with raising the age to buy tobacco to 21, since it was demonstrated to be addictive, and that was the age society had agreed on to buy alcohol and marijuana.

Potrzuski swung to the pros, and he and Hunter, Knox, and Tristan Guevin were the four votes needed to allow the Health Needs and Human Services Commission to proceed with its goals.

Commission member Lloyd Platson waited out nearly the entire 4-hour meeting to give them a pat on the back.

“It’s through the discussion that we do in fact educate people and find out what members of our community really want, irregardless of how we might feel personally.”

And finally, the assembly took no action on extending an invitation to President Donald Trump to attend the city’s 150th Alaska Purchase Anniversary Commemoration this fall — also known as the Sesquicentennial Celebration. But that doesn’t mean the president won’t be invited. Administrator Mark Gorman said that event organizers began putting out feelers through the state’s congressional delegation long before last fall’s polarizing presidential election.

While the assembly as a whole was respectful of the Office of the President, there wasn’t much warmth for the individual holding it.

Member Aaron Bean did not conceal his feelings.

“I can’t remember a time in my life that we had 400 people show up publicly and protest anything. And the idea that we’re going to discuss inviting the very thing that people took time out of their day to make posters, to come down, to take a stand, to protest — to me it’s just unfathomable. The answer is no in my opinion.”

Tristan Guevin said that for him it came down to divisiveness. He argued that President Trump had continued the same divisive tone as candidate Trump, and that’s not what Sitka needed now, especially when residents were trying to reframe the Alaska Day Celebration as a more inclusive holiday.

“For a big portion of the community this day isn’t a celebration of Alaska joining the United States. It’s a recognition that one illegitimate colonizer gave Alaska — gave Tlingit Aaní, Tlingit land — to another colonizer.”

In the end, the assembly let the matter go with no action. “Why invite someone to your party,” Kevin Knox asked, “Who might spoil the party?”