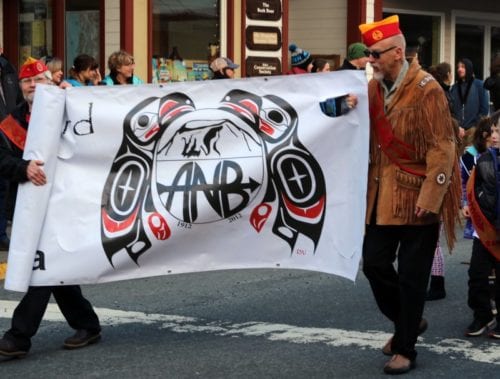 Thursday, February 16, is Elizabeth Peratrovich Day in Alaska. To help us understand the role that Peratrovich and her husband Roy played in establishing civil rights in Alaska — two decades before the rest of the country — Sitka High sophomore Abigail Fitzgibbon has the following commentary and short history lesson. 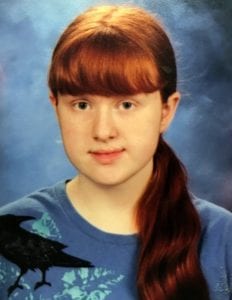 While Alaska has spent less time as part of the U.S. than any other state besides Hawaii, this state’s history within this nation is no less rich than the history of any of the other 49. For proof of this, one need look no further than the remarkable parallels between the celebrated civil rights movement of the 1950s and 1960s, a cornerstone of U.S. History classes everywhere, and Alaska’s less well-known but equally impressive time spent battling for racial equality. Alaska’s story spans almost a century, beginning in 1867, when they severed the “Russian” from their “Russian America”, and climaxing in 1945 with the passage of what is known as the Anti-Discrimination Act.

The 1867 Treaty of Cession between the United States and Russia did not merely delegate indigenous Alaskans to second-class citizens, it also failed to recognize them as citizens in any capacity whatsoever, specifically naming “uncivilized native tribes” as an exception to the full citizenship granted to the remaining Russians. With this unjust standard established, the population at large did not immediately embark upon a path of tolerance; in fact, racism arguably worsened with the passage of time, at least in the earlier years. This was evident in everyday life, as signs reading “WHITES ONLY” and “NO NATIVES ALLOWED” were frequently displayed in shop windows, as well as specific events, such as the establishment of the first and only Native reservation in Metlakatla in 1891 or Congress’s decision to segregate Alaskan schools in 1905. White and mixed-blood students were deemed “civilized” and sent to school together; the schools attended by full-blooded Alaska Natives were geared less towards comprehensive education than cultural eradication. In these schools, Native children were forced to unlearn basic tenets of their culture, forbidden to do things such as speak in their people’s language or wear their traditional clothing.

When the Alaska Native Brotherhood was established in 1912, its founders, thirteen students from Sheldon Jackson College, recognized from these events that thorough cultural assimilation would be necessary to give their people a fighting chance against discrimination. Thusly, the organization’s charter required members to be Christian and English-speaking, as well as committed to lifelong sobriety and service. This approach, combined with years of hard work and ingenuity, allowed the ANB to make terrific strides in pursuit of legal equality, contributing to the desegregation of Alaskan schools and the ability of Alaska Natives to vote and become citizens.

However, sometimes it still seemed that for every step forward, another several steps around became necessary. While Alaska Natives were finally given an avenue to become citizens in 1915, it was an unnecessarily long and winding road. A prospective citizen had to first undergo examination by local schoolteachers, then obtain testimony from at least five white citizens, and then attest in district court, with each stage of the process verifying that they were thoroughly culturally assimilated and had cut ties with all ways and people belonging to their old life. Furthermore, the government scrambled for ways to undo any political progress Alaska Natives made: for example, shortly after the 1924 election of ANB member William Paul to the state legislature, a law was adopted requiring all Alaska Natives to pass literacy tests in order to gain or retain the ability to vote. Not only were these literacy tests not required for non-Native citizens, they were extremely difficult and harshly scored. Though Paul did manage to introduce a clause to the law that gave “grandfather rights” to illiterate natives who had already voted, this was still a significant setback in the battle for Native voices in government.

Just as the civil rights movement of the lower 48 would have its paragons of activism in Rosa Parks and Martin Luther King Jr., Alaska had its own in Alberta Schenck Adams and Elizabeth Peratrovich. Adams, Schenck prior to her marriage, was a half-Inupiaq teenaged resident of Nome who worked at a local movie theater in 1944. After being fired from her job for registering a complaint with the manager about segregated seating, Alberta went on to protest said segregation through nonviolence, sitting in the “Whites Only” section of the theater until she was forcibly removed by police and thrown into the city jail overnight. The next morning, Schenck sent a telegram to Governor Ernest Gruening recounting her experience with the theater’s prejudice. Gruening, an ally to Native activists, responded with a promise to reintroduce the Anti-Discrimination Act he had previously but unsuccessfully submitted to the legislature in 1943. However, the most famous advocate for Alaska Native Rights is undoubtedly Elizabeth Peratrovich. Elizabeth and her husband, Roy Peratrovich, were driven to action when they moved from Klawock to Juneau and were denied the right to rent a home on the basis of their race. Roy became president of the ANB, while Elizabeth became president of its corresponding organization, the Alaska Native Sisterhood. Her best-remembered accomplishment is her stirring testimony on racial discrimination and basic American freedoms directly before the passage of the bill, although her exact words are shrouded in mystery, as the only remaining records are newspaper articles from reporters at the scene. The bill was passed by 11 votes to 5 on February 16; in 1988, the Alaska Legislature declared February 16th “Elizabeth Peratrovich Day” in her honor, cementing her status as an icon.

While de facto segregation is incredibly pervasive and is in fact still an issue throughout our state, our nation, and indeed the world, de jure segregation in Alaska was officially ended with the implementation of House Resolution 14. The first part of said resolution details all the numerous public locations which must integrate fully, including taverns, beauty parlors, and skating rinks; the second outlines the penalty for transgressors, specifically a fine of up to 250 dollars and up to 30 days in jail. The passage of this legislation, which abolished Alaska’s Jim Crow laws roughly two decades before those in the continental U.S. were eliminated, is cause for all Alaskans to be thankful for the efforts of their forebears; to continue to battle prejudice wherever it may lurk; and to sing catchy songs about the history of our civil rights movement every Elizabeth Peratrovich Day.