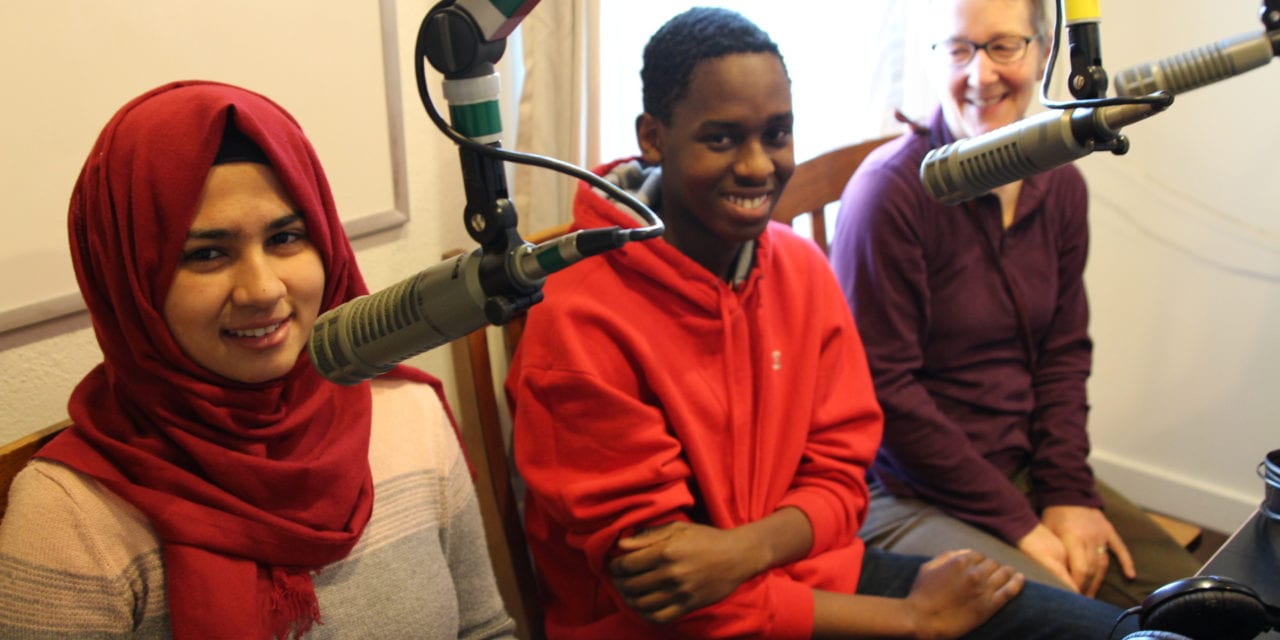 Krisanne Rice is the local cluster coordinator for AFS (American Field Service). She’s joined by two AFS students on exchange in Sitka– Lina from Gaza and Ibra from Tanzania. The two other students in Sitka are Namrita from Pakistan and Reginna from Indonesia

Their cohort of four are all from predominantly Muslim countries. They are recipients of the Kennedy-Lugar Youth Exchange and Study (YES) scholarship program. This public diplomacy initiative, which was started after Sept. 11, 2001, builds bridges of international understanding, especially between Americans and people in countries with significant Muslim populations.