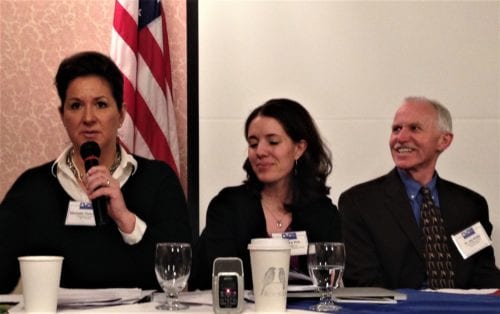 Alaska has another tool in the fight against opioids. Public health officials are distributing thousands of disposal bags that chemically react and leave no trace of the drugs.

The bags are sealable pouches containing active carbon. One adds drugs and water, seals and shakes it, and waits for half a minute. The carbon neutralizes the drugs, so they have no effect. The biodegradable bags can be thrown out with the trash.

Michelle Overstreet is executive director of My House, a Wasilla-based organization that helps homeless teenagers. She told those at an Alaska Municipal League meeting in Juneau that it’s important to dispose of drugs safely at any time, not just official drop-off days. 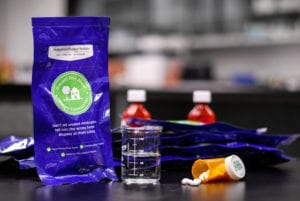 Mallinckrodt Pharmaceuticals, which makes opioid pain-killers, is contributing 25,000 disposal bags to the state.

“I recognize that some of our public health centers don’t have full-time staffing anymore. But that is one of the ways we want to get these into the communities. Or if we can provide some directly to you, we’d be happy to do that also,” he told municipal leaders at the forum.

They’re going to hospitals, recovery centers, homeless shelters, tribal governments and others who can get them to all parts of Alaska.

“There’s a lot of communities that don’t have public health centers. So we’ll also be looking at the clinics and community health aides. But we do have a lot of itinerant nurses within public health nursing that travel go out to the communities quite often. So they’re going to be equipped with these pouches and they can hand these out as they travel across the state,” he said.

Jones said they’re an easy way to dispose of unused prescription painkillers, which are frequently stolen or sold to addicts.

“The targeted audience may not be the individual who’s using, especially. But more or less, [it’s] the individual who’s coming into recovery. When you go into those recovery centers or those homes, they can’t be carrying pills or prescriptions. And so, these bags give them that way to dispose of those medications in the right manner,” he said.