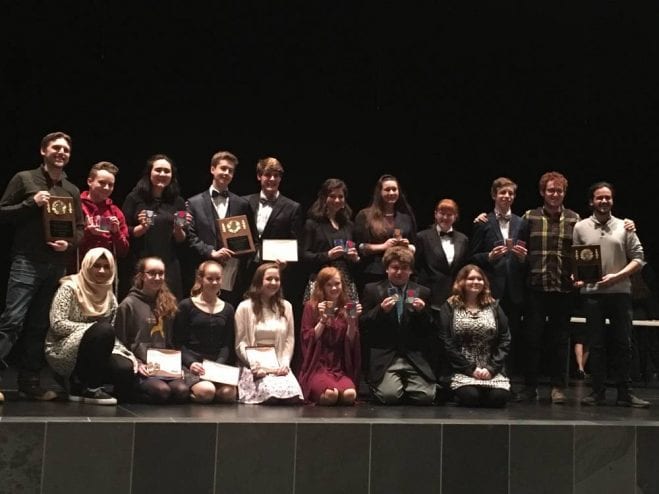 Sitka High students walked away major winners after this weekend’s Drama, Debate, and Forensics Tournament in Anchorage. Taking part in the 3A division, the team won the First Place in Overall Sweepstakes, as well as First Place in Drama and First Place in Debate.

In the finals, Sitka debated a senior team from West Anchorage on the negative side. Pate and Lubin argued why the United States should not lift its embargo on Cuba.

At the award ceremony, Lubin was sure they got second place. “Me, Joe and the people we went against in finals are standing next to each other. You can feel the suspense in the room. They say, ‘In a second place, with a really hard decision of three to two judges, goes to…they kind of pause (laughs) moment of suspense…and they announce the other team. Our jaws dropped. We could not believe what just happened. We were overjoyed. It was amazing,” Lubin told KCAW over the phone.

Coach Christian Litten says that the two went in prepared, but truly peaked at state. “They just did an amazing job. They had really good plans and were eloquent in the way that they presented their arguments. It was amazing to watch,” Litten said.

Litten, who is a DDF alumnus, says the positive impacts of the program last a lifetime, such as critical thinking, research, and putting passion into your work. “It’s a lot of soul searching when you’re doing theater type stuff with kids who are already dealing with emotions. It’s a great way to learn how to deal with emotions. It’s a healthy means of expression,” he said. 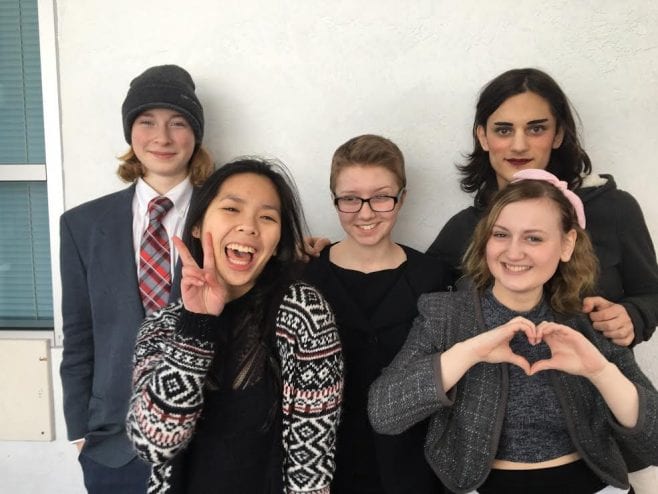