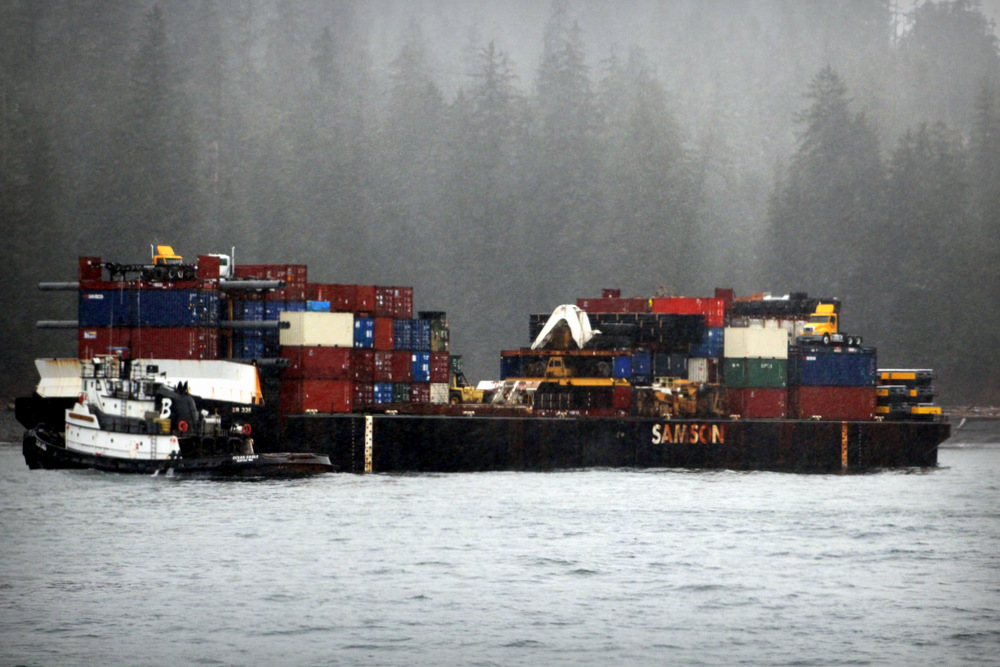 There’s no damage to the barge that ran aground late Wednesday night about 80 miles southeast of Sitka, but there was a small oil sheen spotted around the area. That’s according to a report released Friday, Mar. 3 by the Alaska Department of Environmental Conservation.

The 100-foot Ocean Eagle was sailing through Sumner Strait with a barge in tow when it grounded on Mariposa Reef. A helicopter from Air Station Sitka rescued the tug’s five-man crew, who were reportedly unharmed in the incident.

On Friday morning, Alaska commercial divers inspected the barge and reported no damage. As of 2:30 Friday afternoon, divers were gearing up to inspect the tug’s hull for damage as well.

Brusco Tug & Barge plans to tow the barge to Sitka. Pending the dive team’s assessment, the Ocean Eagle will be transported to Ketchikan.