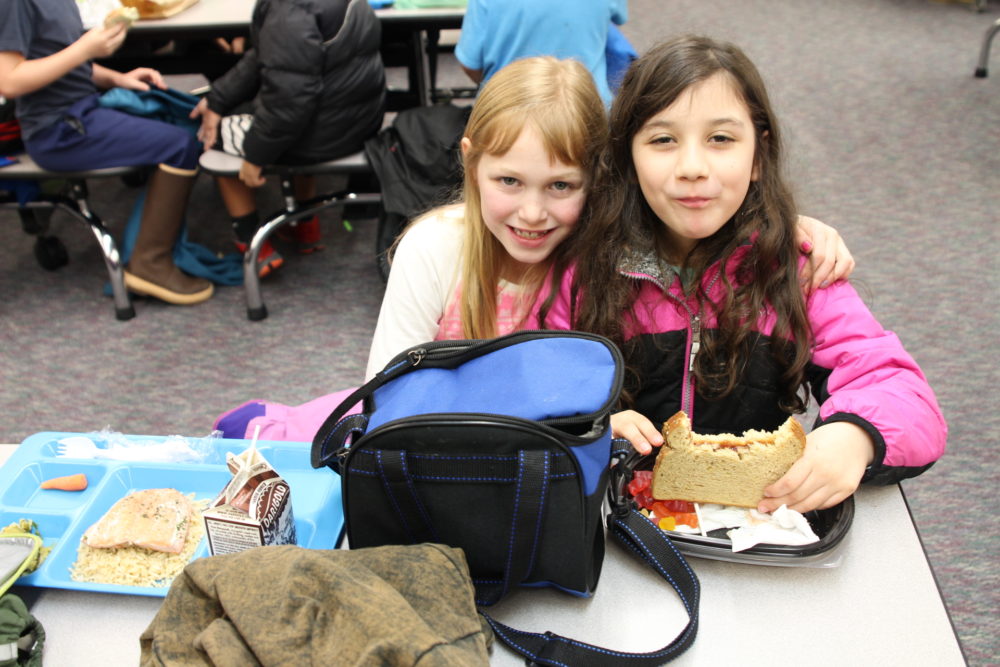 There’s a growing farm to table movement in America, but what about fish to table? That’s the concept behind Fish to School, a weekly lunch program in Sitka that gets wild salmon out of a fisherman’s net and onto a student’s plate.

It’s a little after eleven in the morning at Keet Gooshi Heen Elementary School in Sitka. The cafeteria is quiet. That is, until the doors open and student flood in.

Once she’s got her food, I sit down with a second grader named Lorelai. She’s sitting next to her friend who’s pecking at a peanut butter and jelly sandwich. Lorelai’s lunch looks a little different, though. 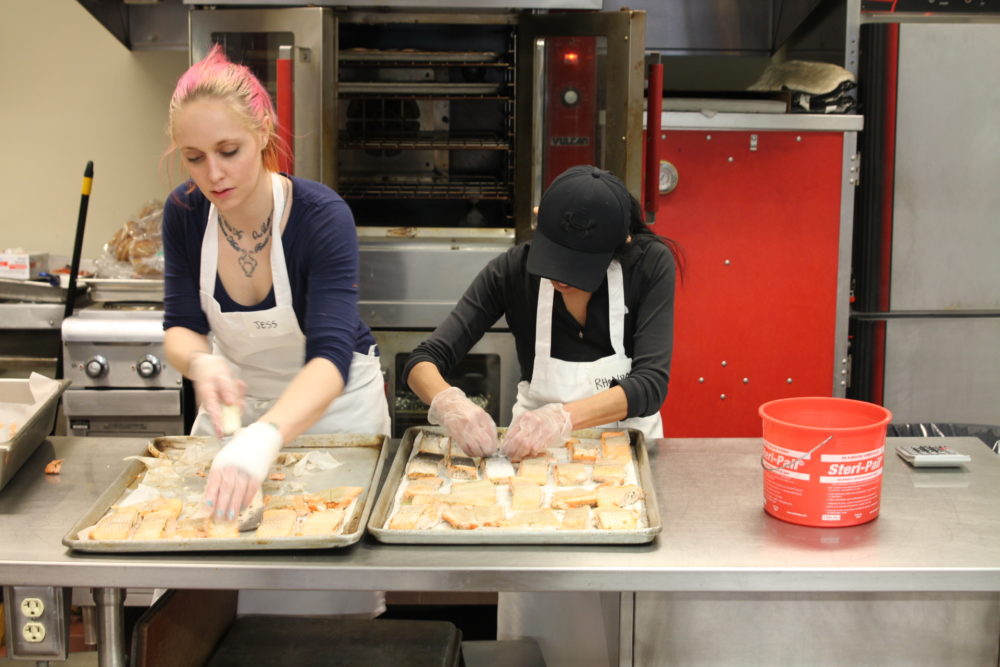 Lexi Hackett has been with the Fish to Schools lunch program from the start. “The fish lunch is served every Wednesday in all the schools in the district, as well as Mt. Edgecumbe [High School],” Hackett explains.

She says the idea came out of Sitka’s annual health summit back in 2009.

“And the priority that was chosen was getting locally caught fish in the school lunch programs in Sitka.”

Hackett grew up in a fishing family in Sitka. She runs her own boat with her husband now and she’s also on track to become a registered dietitian. She just finished her Master’s in Nutrition.

David Glazier is a retired music teacher turned commercial fisherman. “It’s well received by the kids. They love fish and they know it’s good for them,” Glazier say.

He’s been donating to the program since the beginning. “I feel like I owe the schools a lot for my career.”

Glazier is referring to the retirement package he got from Sitka School District.  Younes Foroozin says, really, it’s just the right thing to do.

This is Foroozin’s second year donating to Fish to Schools.

Sitka Conservation Society, a partner in the program, organizes the annual coho drive every August. That makes it easy for local fishermen to help out.

“I was just asked during the off-load if I would [donate],” Foroozin explains. “It’s a good thing to do.” 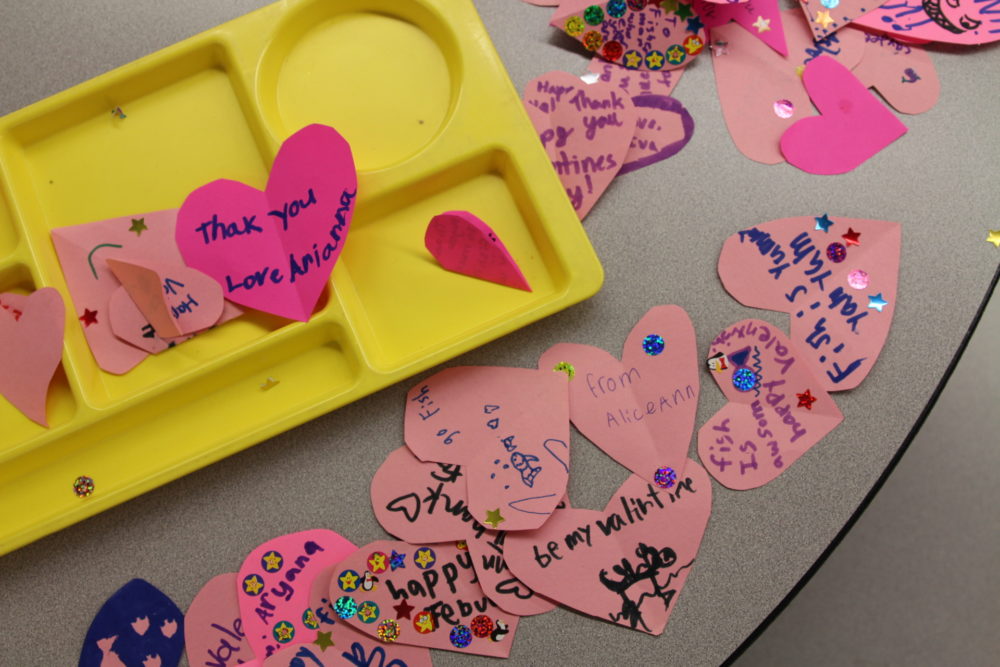 Students wrote thank-you cards to the more than 30 fishermen who donated coho to the Fish to Schools program. (Emily Russell/KCAW)

More than 30 fishermen donated to the program this year, just enough to cover about a quarter of the 2,000 pounds of salmon needed to make it a weekly lunch.

The rest is purchased by the Sitka School District through funding from the Nutritional Alaskan Foods in Schools Program.

Cassee Olin is business manager for the Sitka School District. “I don’t know how to explain it, but kids in Sitka like fish,” says Olin.

“I wear many hats within the district,” Olin explains.

One of those is the food services director hat. With that on, Olin oversees the weekly logistics of Fish to Schools. It all starts the day before. The fish are brought up from the cold storage to thaw out overnight at the high school.

That’s also where the processing and portioning happens.

“Chef Jo, the head chef up at the high school, and her helper– they pull all the pin bones out of all of [the fish]. That takes a good couple of hours to do,” says Olin.

On the day of, the fish are seasoned, cooked, loaded into warm boxes, and sent out to the other schools. 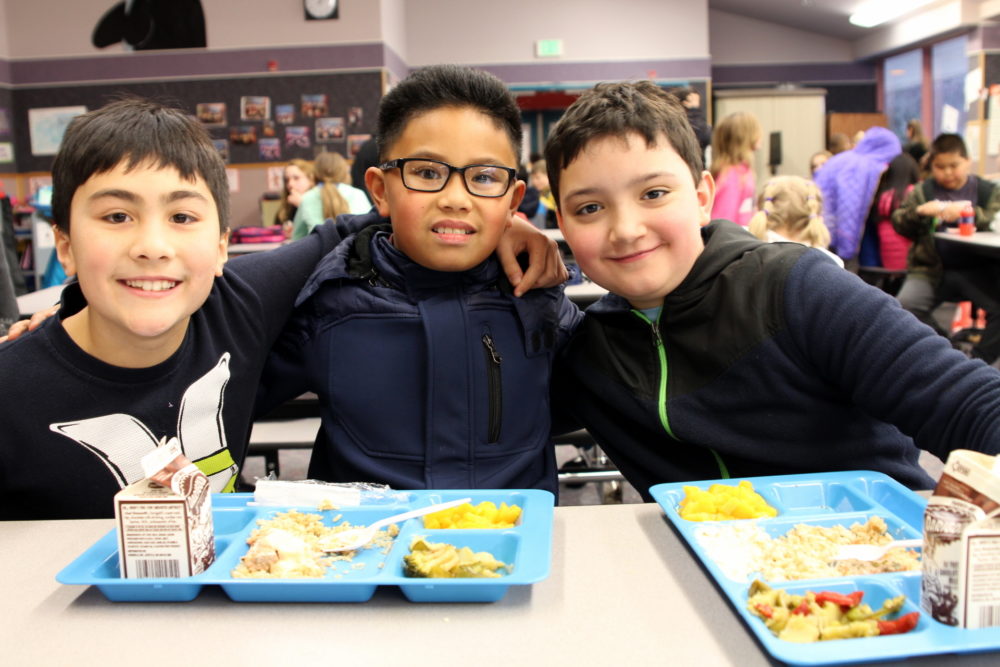 About half the kids in the cafeteria have a salmon filet on their trays today.

“No one that’s not vegetarian does not like fish that I know,” exclaims Seren. She’s in fifth grade and takes a second to think of her favorite foods of all time.

“Salmon is second on my list of favorite foods,” Seren says.

That is, of course behind caramel chocolates, she says. When asked what it would be like if there was no Fish to Schools lunch program, her eyes get really wide.

“The Zombie apocalypse,” Seren says. “I’m kidding, but there would be an apocalypse kind of thing.”

There’s enough grant money to fund the program through next year. After that, though, it’s up to the district’s food service budget and the donation drive to prevent the Alaskan-style apocalypse of an empty freezer.