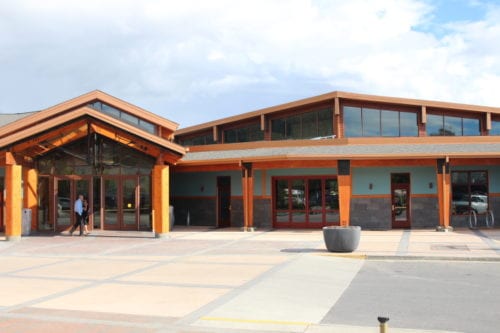 The Sitka Assembly will consider a seasonal adjustment to electric rates, when it meets in regular session.

It will also consider relaxing penalties for businesses that are a little late filing their quarterly sales tax returns.

Sitka’s electric rates are going up for the second time since last October — about 15-percent for a typical household.

But at an assembly meeting last month utility director Bryan Bertacchi suggested — almost casually — that charging a lower rate in winter, and a higher rate in summer, would meet his department’s financial needs as readily as an across-the-board hike.

Assembly members liked the idea. The administration has since come back with a proposal to charge Sitkans $.19 (19 cents) per kilowatt-hour in summer, and drop that to $.12 per kilowatt-hour in winter — as opposed to a year-round increase to $.15. The summer rate increase would not affect large commercial customers like processors, or public buildings like schools.

The assembly will take a look at a more business-friendly sales tax policy tonight. Currently, businesses which miss the quarterly sales tax deadline — even by a single day — are subject to steep penalties. According to a memo in the assembly packet, the late-filing penalty often comes as a surprise to businesses which have reliably filed for years, but miss the deadline due to a simple mistake.

The finance department has proposed an “abatement” plan to give those otherwise-reliable businesses a break if they slip up on their tax paperwork.

The assembly will consider a license for Sitka’s second marijuana retail store — Green Leaf, Inc. The store is to be located in a property owned by Connor and Valorie Nelson at 4612 Halibut Point Road. Assembly member Aaron Bean is a partner in the enterprise. Documents included in tonight’s packet indicate that he is secretary of the Green Leaf corporation. The legal paperwork filed by Green Leaf for the state is extensive, and fills up at least a third of tonight’s packet.

Another third of the packet is filled with correspondence between City Hall and former mayor Marko Dapcevich. Dapcevich believes that the city proceeded illegally when it sent a proposal for a dock at Gary Paxton Industrial Park out to bid. He subsequently filed a public records request with the clerk’s office for correspondence between the city administration and assembly members on the project — some of which has been released to him, and some which municipal attorney Brian Hanson argued is protected by attorney-client privilege, and consequently denied.

The assembly will hear Dapcevich’s appeal of the denial tonight. Dapcevich is expected to appear telephonically.