A Totem Pole Returns: After 30 years, Raven Shark pole back in Sitka 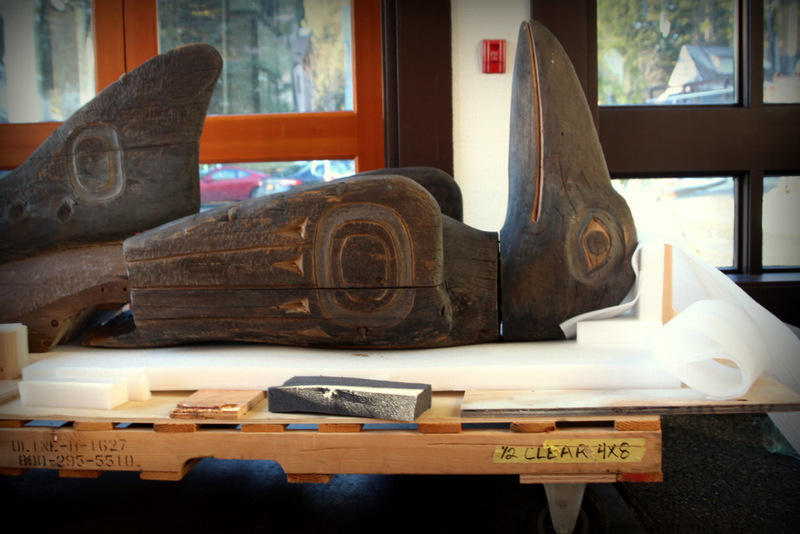 The totem pole is an icon of the Pacific Northwest. The carved artform showcases clan stories and family crests in museums around the world. After more than 30 years in the Anchorage Museum, a century-old pole from Southeast has made it back to Sitka, where curators are prepping a permanent home.

It’s a little echoey inside Totem Hall at Sitka National Historical Park. That’s because the ceilings are about 30 feet high. Sun is streaming through the windows today, but it’s pretty cold in here. 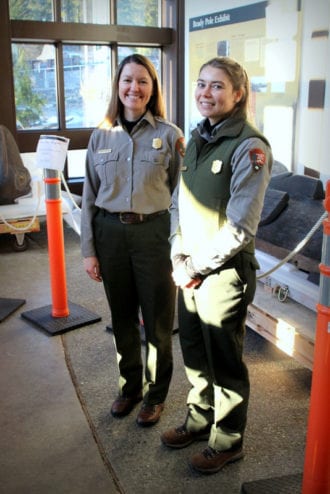 “The environment in here really mirrors the outside environment,” explains the park’s museum curator Kelsey Lutz. “We do not have any heat or humidification going on in this part of the facility.”

Lutz oversees the park’s collection of more than 30 totem poles. Most of them are outside along the park’s trail system. The oldest ones, though, are stored inside Totem Hall.

“They are used to being outside in that wet, cool environment, so this is really perfect for the wood,” Lutz says.

Poles tower over us, so tall you have to crane your neck to see the tops of them. There is one, though, that you actually have to look down to see. Lutz invites me back to take a look.

A couple of bright orange traffic cones work as dividers between the pole and museum patrons. Behind them lies a totem pole separated into two sections.

“The Raven Shark that has come back is the original pole,” explains Angie Richman.

Richman is the Chief of Interpretation at the park. The Raven Shark pole at our feet was carved in Klawock over one hundred years ago. Richman says it was donated to Alaska’s governor at the time.

“So a year after it was donated it went to St. Louis for the 1904 Louisiana Purchase Exposition, also known as the World’s Fair,” says Richman. 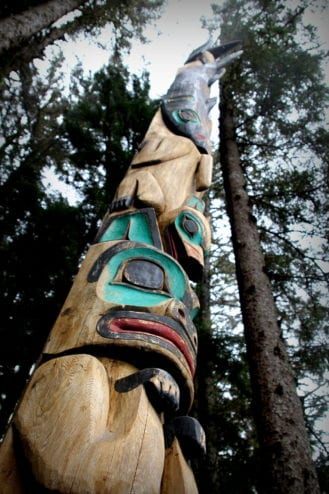 The replica of the Raven Shark pole was carved by Tommy Jimmie in 1978 and placed along Totem Trail Loop. (Emily Russell/KCAW)

It was also shown at the World’s Fair in Oregon in 1905, brought back to Sitka for a few decades and then went back out on the road for the New York World’s Fair in 1964.

“And in 1978, due to the deterioration,” Richman says, “that’s when it was taken off the trail and moved inside.”

And it’s been inside ever since, most recently in the atrium of the Anchorage Museum, where the pole stood on display for thirty years.

Around the time the original was moved inside, a replica of the Raven Shark pole was carved and folded into the forest along Totem Trail.

The trail loops around the coastline and sometimes there’s a break in the trees, where the Raven Shark replica pole stands. You can see out on the ocean and it’s just spectacular.

“My first opportunity to work with a knife on a piece of wood was in the third grade– 8 years old,” Joseph says.

Since then, Joseph says he’s carved 40 or so full-size totem poles– he stopped counting after 30.

“Totem poles, well they’re a visual tool for telling a story– somebody’s story– about who they are, where they’re from, what they’re all about. Some are grave markers or mortuary memorial poles,” Joseph explains. 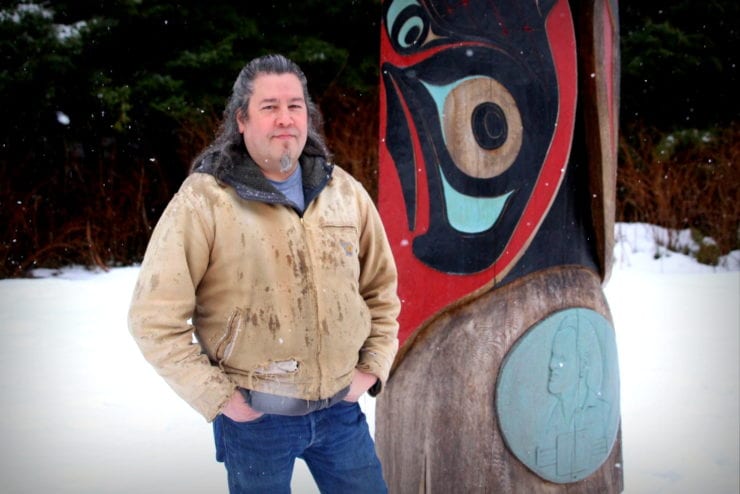 Others are commemorative, like the centennial pole Joseph carved for Sitka National Historical Park’s 100th anniversary. But as Joseph says, they all tell stories. The Raven Shark’s is one of two Tlingit clans–the Raven and Shark clans.

Since its carving over a century ago, the pole has told that story to onlookers around the country, but curator Kelsey Lutz says this will be it’s final home.

It could be a few months before the pole stands upright in Totem Hall. Until then, Lutz says, they’ll focus on the pole’s presentation.