‘Safer than what?’ — A physician’s advice on cannabis 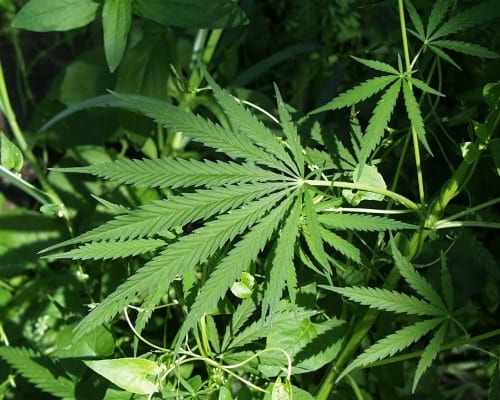 The use of marijuana has some risks, but the product itself is not deadly.

That was the message Dr. Myron Fribush delivered to the Sitka Chamber of Commerce this week (3-22-17).

Fribush has been a medical doctor for over 40 years, specializing in geriatric medicine.

Since Alaska legalized the use of recreational marijuana in 2015 Fribush has worked to inform residents about cannabis without necessarily advocating its use.

From a medical perspective, he says cannabis is far less hazardous that more commonly used substances like tobacco and alcohol.

How many overdose deaths from cannabis are recorded annually? None. None at all.

Fribush told the chamber that roughly 500,000 deaths in the US annually are attributable to tobacco, and another 45,000 residents die from overdosing on opioids and heroin.

Fribush himself does not use cannabis. His advocacy for it could be called medical advice.

If you have a choice between using alcohol or tobacco — which does alter cognition, whether you acknowledge it or not — or opioids or heroin or cocaine, or some other product, if someone is going to choose a recreational pathway, which I don’t endorse because I like to be sober, to read and learn more, and to be able to treat patients and not feel that’s jeopardized, so I personally don’t. But if I were going to, this at least has the advantages of it’s not going to kill you, it’s not going to destroy your liver, it’s not going to cause you to overdose and die, it’s not going to give you lung cancer. Whether or not it causes a problem in the heart if you smoke it is controversial — maybe it does — but it doesn’t cause cancer if you smoke it, and there’s a zillion ways to take it. You can smoke it, you can vape it, you can dab it, there’s hashish, there’s kief, there’s dab, there’s oils, there’s creams, there’s lotions there’s suppositories. You can smoke it as a reefer, you can smoke it in a bong — it’s like that old song, right? All the different ways you can take it are just legion.

But Fribush says that cannabis is not without its drawbacks. He says it’s been shown to impair learning, and can impair someone’s ability to form social connections. He doesn’t think adolescents should be using it.

And although it doesn’t create a potentially deadly dependency, cannabis can be habit-forming.

It is mildly addicting in that if you have high levels and you’re a heavy user, and you come off it you’ll be irritable and crabby. A lot like coming off cigarettes. You won’t be chilling!

Fribush’s presentation included information about the chemistry of cannabis and its psychoactive properties, and historical details about the early prohibition of the plant — including the development of its derogatory nickname “marijuana” and the link to Mexican immigration.

Listen to the entire presentation from Dr. Myron Fribush: