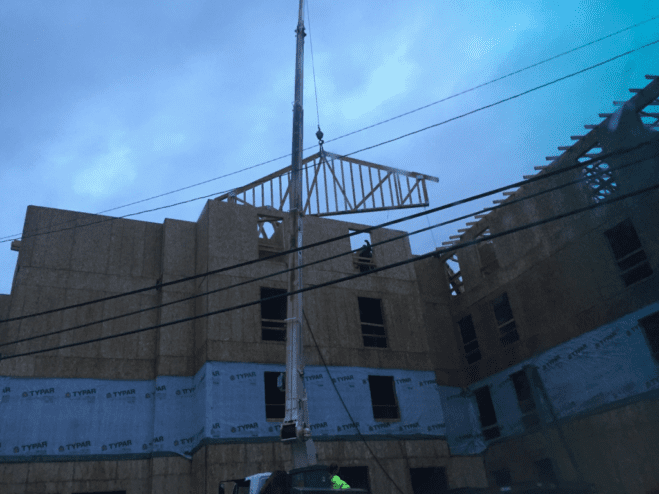 The Aspen Hotel was one of 100 properties with a value estimate contested by the owners. In the case of the hotel, the city decided to lower the value of the building but hold on the value of the land. (Emily Kwong/KCAW photo)

One hundred Sitkans contested their property values last month, but the vast majority of those cases were resolved with the city.

Assessor Wendy Lawrence and staff worked through the stack of appeals between March 14th and April 14th, the deadline to file. Most of filers said their appraisal came in too high.

Of the 100 appeals, Lawrence agreed to reduce the value of 60 properties. “Some were errors that we had made or some were overvalued. That just happens when you’re doing mass appraisal because you’re valuing with a model. And so ideally that model would reflect market value, but sometimes it doesn’t because of a data error,” Lawrence said.

Lawrence would verify the data, then look at sales numbers and anomalies in the land value or development. She’s working to bring all of Sitka’s property values up to date. Most property owners saw an increase of 8% on this year’s assessment.

The Sitka Assembly – acting as the Board of Equalization – holds hearings if the city and property owner can’t reach a compromise. They convened Tuesday night (05-01-17) with the expectation of hearing an appeal from the Aspen Hotel, but that got resolved before the meeting.

The owners of the hotel – Sitka Residencies LLC – thought both the value of land and the building was too high. In talks prior to the meeting, Lawrence lowered their building cost estimate to $1.2 million, but maintained the value of the land at $750,000. The owners accepted the “corrected assessment” and will take the issue up next year, when the hotel construction is complete.

In the same meeting, the Board of Equalization denied a hearing for Christine McGraw who filed her appeal after the April 14th deadline.

In March, when the city mailed out all property assessment, they sent one to McGraw’s last known address. McGraw says she never received it and that her address had changed. She submitted a late-file appeal on April 21st.

McGraw’s house at 410 Kramer Avenue was destroyed in a major landslide in 2015. The city assessed the land at $24,900, but in her appeal, McGraw said the property had no value in a high risk landslide zone. Her appeal describes the property as “unbuildable and unlivable” and that no banks would loan money against it for purchase.

As the property owner, Sitka General Code prohibited McGraw from speaking before the Board of Equalization. She was not present at their meeting.

Aaron Bean thought the Board should give her a chance to heard, while Tristan Guevin said the rules are the rules. Guevin commented, “Notices are sent out to everybody and it’s the responsibility of the property owner to update their address with the city. Valuations were noticed in the paper a number of times, on the city website, and the letter was sent to the property owner. So I just don’t see this rising to unusual circumstances.”

After some deliberation, the Assembly rejected her request 2-4, with Aaron Swanson and Aaron Bean voting in her favor.

McGraw appealed paying property taxes at last year’s Board of Equalization, on the same lot, but was also denied on the grounds there wasn’t enough evidence. She is currently suing Sound Development for property damage and the city is a third party defendant. The trial dates for that case have not been set.

This year, Sitka’s real property value went up a net $48 million. Of that, nearly 15 million was in new construction. Senior citizens and disabled veterans received exemptions amounting to $2 million. Property taxes are due August 31st.