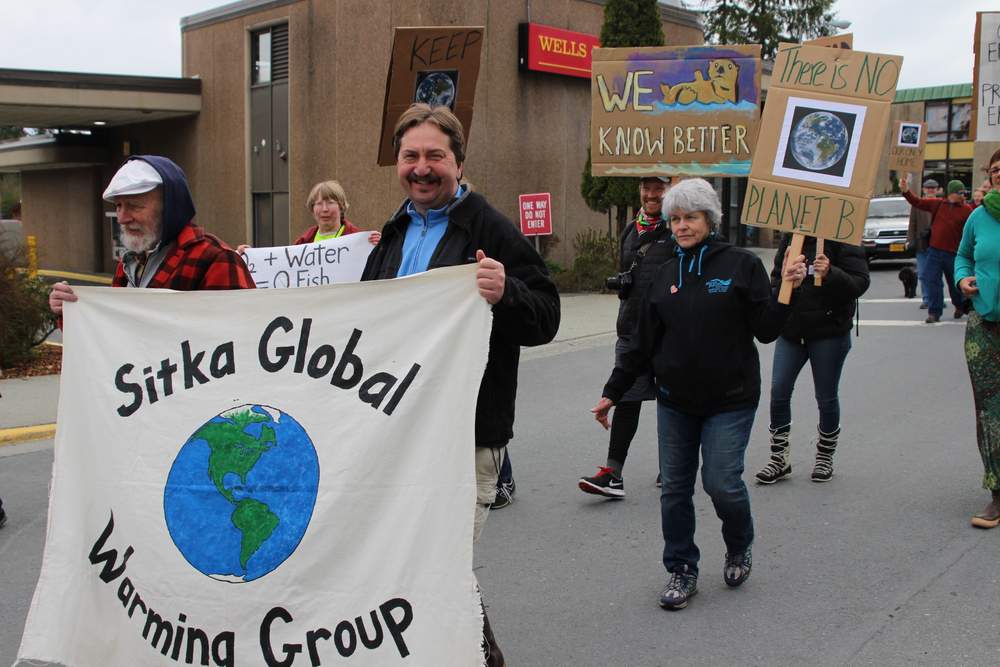 Sitkans participated in a local march in solidarity with the People’s Cliimate March in Washington D.C. They marched down Lincoln Street with signs. (Emily Kwong/KCAW photo)

President Donald Trump marked his 100th Day in office on Saturday (04-29-18), days after lifting restrictions on offshore leasing in the Arctic. His stance on climate change has troubled some of his constituents in Sitka and they wrote their concerns in permanent marker.

In solidarity with a global demonstration called the People’s Climate March, eighty Sitkans took to the streets Saturday. They  held signs and called for clean energy jobs and environmental protections.

After the march, the group assembled over homemade cookie and handouts. All the environmental non-profits were manning tables, including the Sitka Global Warming Group, Bags for Change, Sitka Electric Vehicle Group, and Sitka Conservation Society.

This is the second march in two weeks in Sitka. The Parade of Species drew approximately 200 people for Earth Day last weekend, dressed as sea snakes and tigers, singing dandelions and abalone. 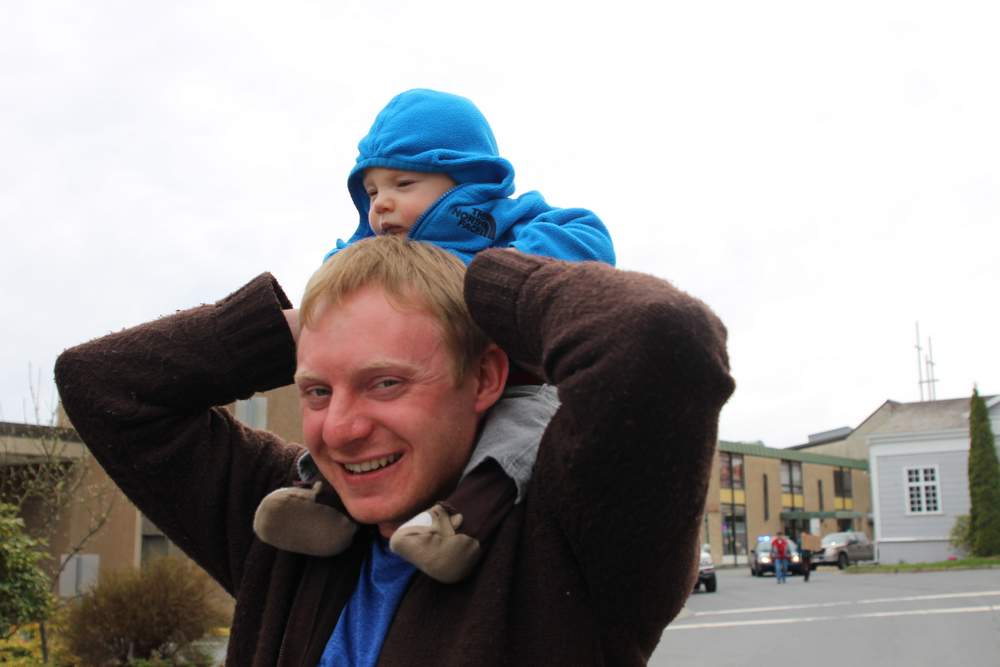 Four-month-old Tristan Parker sits atop the shoulders of his father Arthur Parker.”It’s his future. It’s the next generation. We’re responsible for that,” Parker said. (Emily Kwong/KCAW photo)

Tristan Parker attended both. I’d interview him, but he’s only four months old and napping in his mother’s arms.

“It’s his future. It’s the next generation. We’re responsible for that,” said his father Arthur Parker. I ask Amber Parker, Tristan’s mother, what kind of future she hopes for her son. She describes a future with clean water, clean energy, and no plastic.

“I feel like we were created the earth to use it, not abuse it. It’s our responsibility to take care of where we were given to live. We want to instill that in our son to take care of the planet and enjoy it,” Amber said.

That spirit was echoed in Washington D.C., where the People’s Climate March drew 200,000 people. 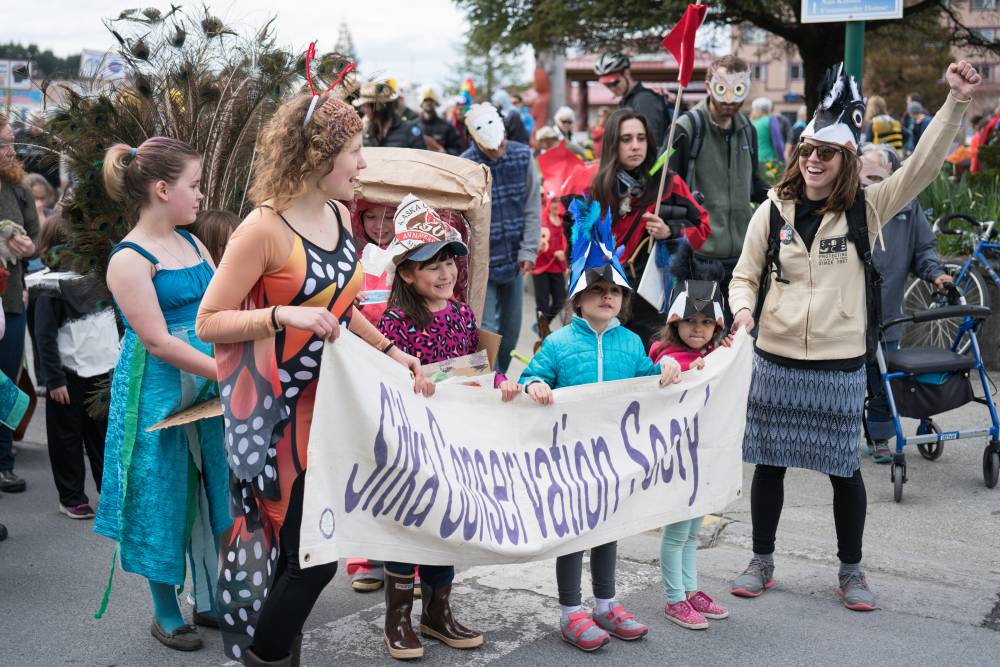 Approximately 200 Sitkans participated in the annual Parade of Species under blue skies. Many were dressed as their favorite creature, walking and wiggling from Totem Park to the Sitka Sound Science Center. (Photo courtesy of Bethany Goodrich)