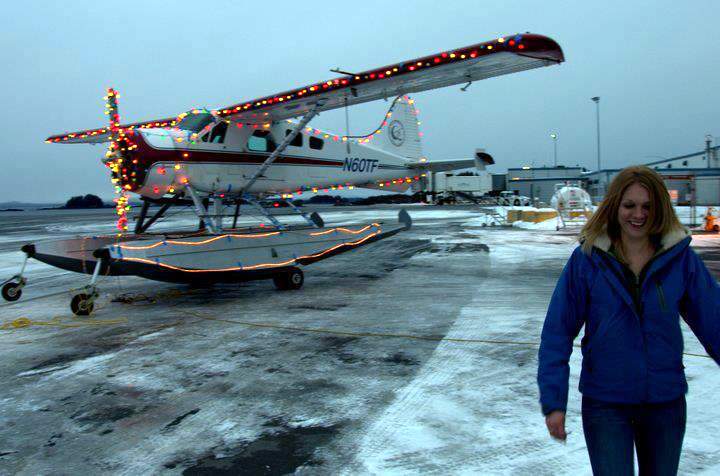 Ali Clayton, age 28, died on Saturday (05-06-18). A graduate of Sitka High, she spent nearly a decade working at Harris Air. Clayton’s boyfriend of two months, 39-year-old Reuben Yerkes, was charged with murder in the first degree after he told police he shot her. (Photo courtesy of Scott Harris/2012)

Reuben Yerkes appeared in Sitka Superior Court this afternoon and agreed to plead guilty to one count of Murder in the Second Degree, and take a sentence of 45 years. Read the full story.

Reuben Yerkes was arraigned in Sitka Superior Court this afternoon. He pleaded not guilty to three counts of murder. A trial has been scheduled for January. Read the full story here.

A Juneau grand jury on Wednesday (5-10-17) indicted a Sitka man on three counts of murder, in the shooting death of his girlfriend last weekend.

Note: Reuben Yerkes will be arraigned in Sitka Superior Court to answer the felony charges and enter a plea at 3:30 p.m. Monday, May 15.

The Juneau grand jury charged 39-year old Reuben Yerkes with one count of murder in the first degree, and two counts of murder in the second degree, for allegedly killing 28-year old Ali Clayton in her Sitka apartment early in the morning of Saturday, May 6.

The three different charges stem from causing the death of Clayton, and from Yerkes’ intent in the view of the grand jury. In the two second-degree counts, the jury alleges that Yerkes intended to cause serious physical injury to another person “knowing that the conduct was substantially certain to cause death,”  and that he engaged in conduct “under circumstances manifesting an extreme indifference to the value of human life.”

If convicted, Yerkes could be sentenced to serve up to 99 years in prison.

Yerkes last appeared in court in Sitka on Wednesday afternoon, while attorneys for his defense and for the state outlined a proposed agreement over how evidence collected at the crime scene would be handled. Public defender Jude Pate argued that Clayton’s body was released from the State Medical Examiner’s office before the defense had the opportunity to arrange an independent examination. Prosecutor Angie Kemp, with the Juneau District Attorney’s office, agreed to hold off on any testing of blood or other evidence — which might be destroyed in the testing process — for 30 days, to give the defense adequate time to arrange its own testing.

Reuben Yerkes turned himself into the Sitka Police Department early in the morning of Saturday, May 6. He remains in custody in the Sitka Jail pending his arraignment.

A Sitka man remains in custody on murder charges after a 15-minute hearing Tuesday afternoon (5-9-17) left the question of his potential release on bail unresolved.

Note: Reuben Yerkes will next appear in Sitka Superior Court for a status hearing 2 p.m. Wednesday, May 10.

Reuben Yerkes, age 39, entered the Sitka Superior Court surrounded by two armed police officers and a jailer. Outside the courtroom two additional officers stood by as around 90 residents filed through a metal detector to attend the hearing. Another officer met people at the courthouse door and instructed them to leave their backpacks elsewhere.

Yerkes was charged with murder on Saturday (5-6-17), after turning himself into the Sitka Police Department earlier that morning, saying he had shot and killed his girlfriend of two months, 28-year old Ali Clayton, in her Davidoff Street apartment.

Juneau assistant district attorney Angie Kemp now has the case for the state. Yerkes is being represented by Sitka public defender Jude Pate.

Although the hearing was originally scheduled to consider Yerkes’ bail, which had been set at $500,000, Superior Court Judge David George did not think the court had enough information to proceed on the matter. He scheduled a status hearing for the following afternoon to review bail, set a grand jury date, and give the  defense an opportunity to examine evidence collected from the crime scene.

Yerkes is a municipal legal assistant with the City and Borough of Sitka. The two met while Clayton worked as a grant accountant in the finance department. Both went to Sitka High School, Yerkes graduating in 1996 and Clayton in 2007.

City offices were partially closed Monday for staff counseling, and an assembly meeting that night was cancelled.

Reuben Yerkes, age 39, remains in custody at the Sitka jail for murder in the first degree. He was charged on Saturday (05-06-17) by Sitka Police in the death of 28-year-old Ali Clayton. His case will be further prosecuted at a hearing on Tuesday, May 9th at 3:30 p.m. Sitka Superior Court Judge David George will preside and set preliminary trial dates.

A prosecutor has not yet been assigned. That role will be fulfilled telephonically by another attorney in Juneau’s district office. He or she will decide whether the case goes to grand jury. The city has been without an appointed assistant district attorney since the resignation of Christopher Orman in March.

Yerkes is represented by Public Defender Jude Pate and has no prior criminal record. A plea of not guilty was entered for Yerkes on Saturday. If convicted, a first degree murder charge carries a sentence of 30 to 99 years in prison.

Yerkes is a municipal legal assistant with the City and Borough of Sitka, while Clayton worked as a grant accountant in the finance department. Both went to Sitka High School, Yerkes graduating in 1996 and Clayton in 2007. To allow city staff to mourn, the utility and finance office was closed on Monday and the Sitka Assembly scaled back their agenda for Tuesday’s Assembly meeting.

In a statement issued Monday, the city said, “Our thoughts and prayers go out to the families and friends of all involved in this tragic situation. We appreciate the dedication and professionalism of our employees during these sensitive times and encourage any needing crisis support or counseling services to make use of the employee assistance program.”

Clayton was previously employed at Harris Air from 2006 to 2015, quickly working her way from ramp duties to office manager. President Scott Harris posted a photo on Facebook of Clayton sweeping and wrote of her bright smile and cheery demeanor. He said, “She was the heart and soul of this place for a long time and just knowing she is no longer around is almost too much to bear.” 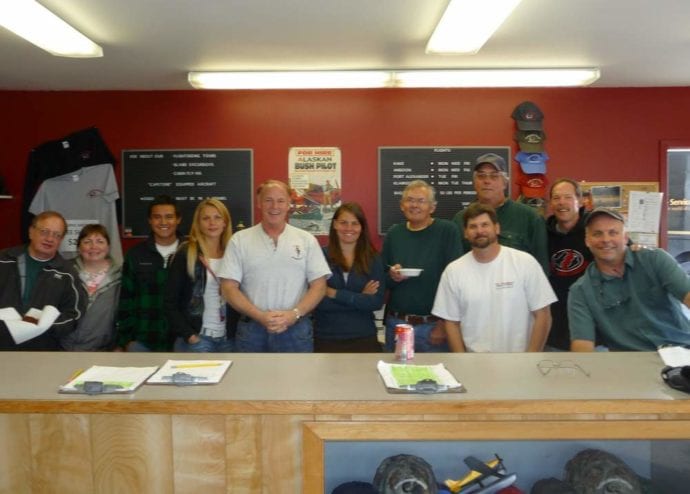 Ali Clayton, pictured fourth from left, began working in at Harris Air in 2006. She later worked part-time as she sought a master’s in business administration from Washington State University. (Photo courtesy of Scott Harris)

A Sitka man was charged with first degree murder on Saturday (05-06-17), after telling police he killed his girlfriend during an argument. 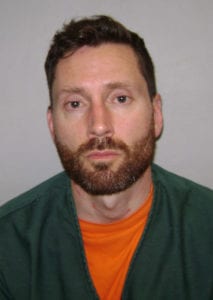 Reuben Yerkes, age 39, is being held in custody at the Sitka Jail on $500,000 bail. He was arraigned on the murder charge during a teleconference at noon today. On-call weekend magistrate Elaine Jack of Angoon presided over the phone.

Sitka Police found Yerkes in the lobby at 3:02 a.m., stating he had just killed his girlfriend and wanted to turn himself in.

Officers went to their the girlfriend’s residence on Davidoff Street. They found the victim deceased on the bed, with what appeared to be two gunshot wounds on the right side of her head. Detective Ryan Silva also observed two 9mm shell casings and a plastic holster on the floor, as well as a 9mm semi-automatic Glock pistol on the table next to the entry door.

Yerkes is a municipal legal assistant with the City and Borough of Sitka.

Yerkes told police he had consumed a lot of alcohol that evening at friend’s residence, while at a party with Clayton. He said they argued as they were leaving and took a cab to her apartment, where the argument continued.

Yerkes reported that Clayton started hitting him on his face and neck. He admitted to knowing there was a handgun in the nightstand next to the bed and told police, “I shot her, man.” He reportedly grabbed the gun from the nightstand, pushed Clayton down, and shot her. Yerkes said they had been in a dating relationship for two months.

Yerkes case will be prosecuted further at a hearing on Tuesday, May 9th at 1:15 p.m. Sitka Superior Court Judge David George will preside.

Sitkans Against Family Violence has additional advocates staffing the phone lines and invite anyone affected to reach out. They can be reached at (907) 747-3370 or through their 24-hour crisis line at 1-800-478-6511. Additional resources can be found at their website: http://www.safv.org/

Correction: A previous version of this story stated that Yerkes and Clayton lived together, as stated in the Sitka Police charging documents. Police Chief Jeff Ankerfelt said she was the sole occupant of the Davidoff Street residence.