Ibrahim Nyiti: Africa is my home, not a headline 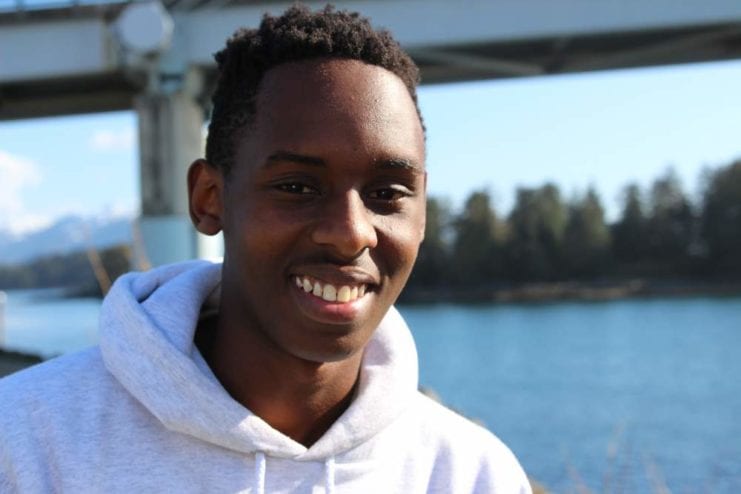 Ibrahim Nyiti, the author, is from Tanzania. He has been in Sitka for 10 months through the American Field Service YES Abroad Scholarship. (Emily Kwong/KCAW photo)

The following commentary was written by an exchange student, as part of a personal essay project between Raven Radio and the Sitka chapter of AFS. Ibra is one of four students from a Muslim-majority country studying and living in Sitka this year.

My name is Ibrahim Nyiti. I am an exchange student from Tanzania who is currently living in Sitka, Alaska. In my opinion, Africa’s stereotypes are the most negative around the world.

First off, Africa is often mistaken as if it’s one big country instead of a continent. Do not make a mistake between Africa and South Africa. Before you scream, “Hey, my country or people are nothing like that!,”  let me explain. Some countries treat African countries as if they are either lazy, evil, dumb, primitive or arrogant.

Nothing new there. These stereotypical impressions about other countries are universal, rather than tied to one specific country. But the most common thing I hear people say about Africa is, “ Africa is huge country.” Actually it’s made up of more than 50 countries.

Listen to Ibra’s essay in his own words:

I am from Tanzania, which is located in East Africa. Tanzania has a population of about 45 million people. I was born in a small town outside the big city of Arusha. Where I grew up, we value our culture and traditional customs — from the way we dress during ceremonies to the music we play.

So why do people still think that Africa is one unified place? Where does this come from? It comes from what people are exposed to in their daily life. Go to Google and search “African people.” The results are unbelievable.

If Google is where you get your information, you might assume that African people walk around with animal skins around their necks. I’m not saying that Africa does not have these kinds of things, but that’s not all we have.

It’s not just Google either. It’s TV, news and anything the media wants you to believe. Our attention is always divided between poverty and HIV/AIDS. We have forgotten what Africa actually means.

Now I’m from Africa. I’ve lived there for my whole life. When people hear that they assume the worst. They think I had a hard life and coming for an exchange year in  America was an escape for me. I find that ridiculous because I have a great life in Tanzania , with amazing friends and family. I spent my days doing what I love most: playing soccer and going to school and seeing all my friends. I enjoy being with my parents and my family and helping them with things.

I never starved. I never fought in any wars and I did not live like an animal. The government may not be perfect and our economy might be struggling. But despite all the small problem associated with our economy and our government, I consider Tanzania as home. And I consider Africa as home: a place where I can live with my family and children in the future and have good friends that support each other.

I won’t deny that we have problems but if we set aside the problems, what are we left with? We are left with loving people, people who actually care for each other, people who support each other.

I think of Africa as home. If only people could stop thinking of that one or two wrong things and look at the 100 plus things we have, the world could be a different place. If people treated each other as one, our future will be amazing.

Change can start with you and you can make everybody around you understand that we live in one world together, as a big giant family that have different cultures and different ways of showing it.

This is Ibrahim Nyiti and thank you for listening.