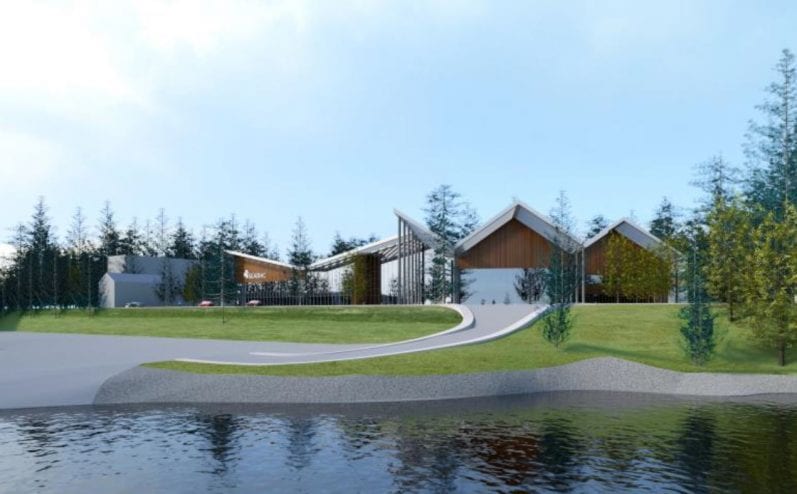 A view of SEARHC’s proposed $115 million campus on Japonski Island, which would include a critical access hospital, skilled nursing facility, and office building. (Image from SEARHC Powerpoint)

The Southeast Alaska Regional Health Consortium will make its pitch to the Sitka Assembly tonight to buy the city-owned hospital.

SEARHC has offered to purchase Sitka Community Hospital upfront for $6.5 million dollars. They then plan to lease the real estate for $600,000 every year, for five years.

SEARHC estimates the city would also retain $3.6 million in the hospital’s cash balance, $6.4 million in other assets, and $750,000 in city support. All told, that nets $17 million in financial benefit to the city in the first year. And the city would get to hold on to tobacco tax revenue, which generates about $600,000 a year, and put it towards other things.

That’s the money side. On the medical side, SEARHC is envisioning an entirely new facility. The proposed campus on Japonski Island would include a critical access hospital with 25 inpatient beds and four operating rooms. There would be a skilled nursing facility with 20 beds and a medical office building for primary care, with 50 treatment rooms, lab and radiology services.

All told, the campus would cost $115 million and would be built three to five years after the sale. All Sitka Community Hospital employees would be offered “like” jobs. SEARCH would create a Sitka Advisory Council. They also plan to open one seat for a Sitkan on their accreditation board.

ECG Management Consultants recommended the two hospitals merge at a meeting in March. The Sitka Community Hospital board has not taken a position on the issue, and neither has the Sitka Assembly. They’re in fact finding mode at the moment, but may take action at a future meeting.

KCAW’s follow-up reporting, as well as a full recording of that meeting, can be found here.