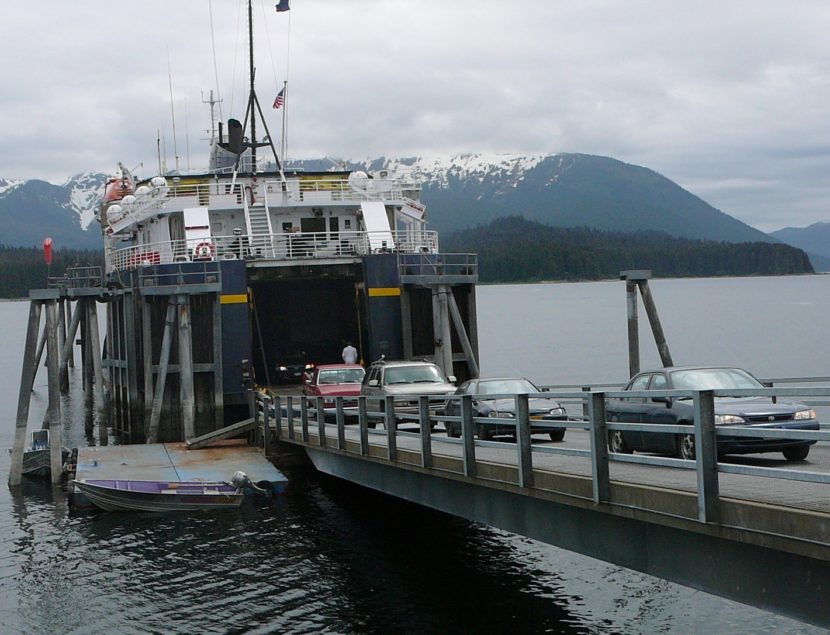 Drivers move their cars and trucks off the ferry LeConte at the Angoon terminal in 2010. The marine highway used to send the larger fast ferry Fairweather, but replaced its stops with the LeConte. (Photo by Ed Schoenfeld/CoastAlaska News)

State ferry service would be severely reduced if the Legislature fails to pass a budget in time to avoid a July 1 government shutdown. Here’s what that would mean for one small, isolated city.

An Alaska Marine Highway shutdown would hit a lot of people in Angoon.

“The ferry system is our lifeline. People use it all the time, myself included. So it would be devastating to not have that option available to us,” said Albert Kookesh III, the Southeast island community’s city clerk. 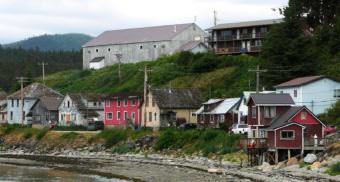 Residents sail twice-weekly summer roundtrips to Juneau to shop for groceries, household items and other essentials. Kookesh says Angoon merchants would be left with empty shelves if there’s no service.

“We do have the one store and they utilize the ferry system as well,” he said. “If they have to start shipping their groceries in via a plane or getting their own barge, that definitely hits us in the wallet also.”

The state Department of Transportation has released a list of services that would be curtailed should the budget go unfunded. Other state departments have done the same.

Spokeswoman Meadow Bailey doesn’t expect a total shutdown. But there would be cuts.

“It might be some closures or some reductions,” she said. “It might be fewer hours. Really, we’re not sure what the impacts will be yet. That’s what we’re working through with the Department of Law right now.”

They’re considering what services are required by the Alaska Constitution. Others might have to continue in some form because of federal requirements.

“The ferry system is the most economical way for many of us to travel to and from. And with the summer months coming up, a lot of traveling’s going to be taking place, either from us leaving or from our family coming in,” he said. “Not only does that hurt us getting out of Angoon, it hurts people getting into Angoon also.”

The ferry system sails 10 vessels to and from 35 coastal communities, many without a road connection.

About two-thirds of its budget comes from state general funds. The rest is from ticket sales and other revenues.