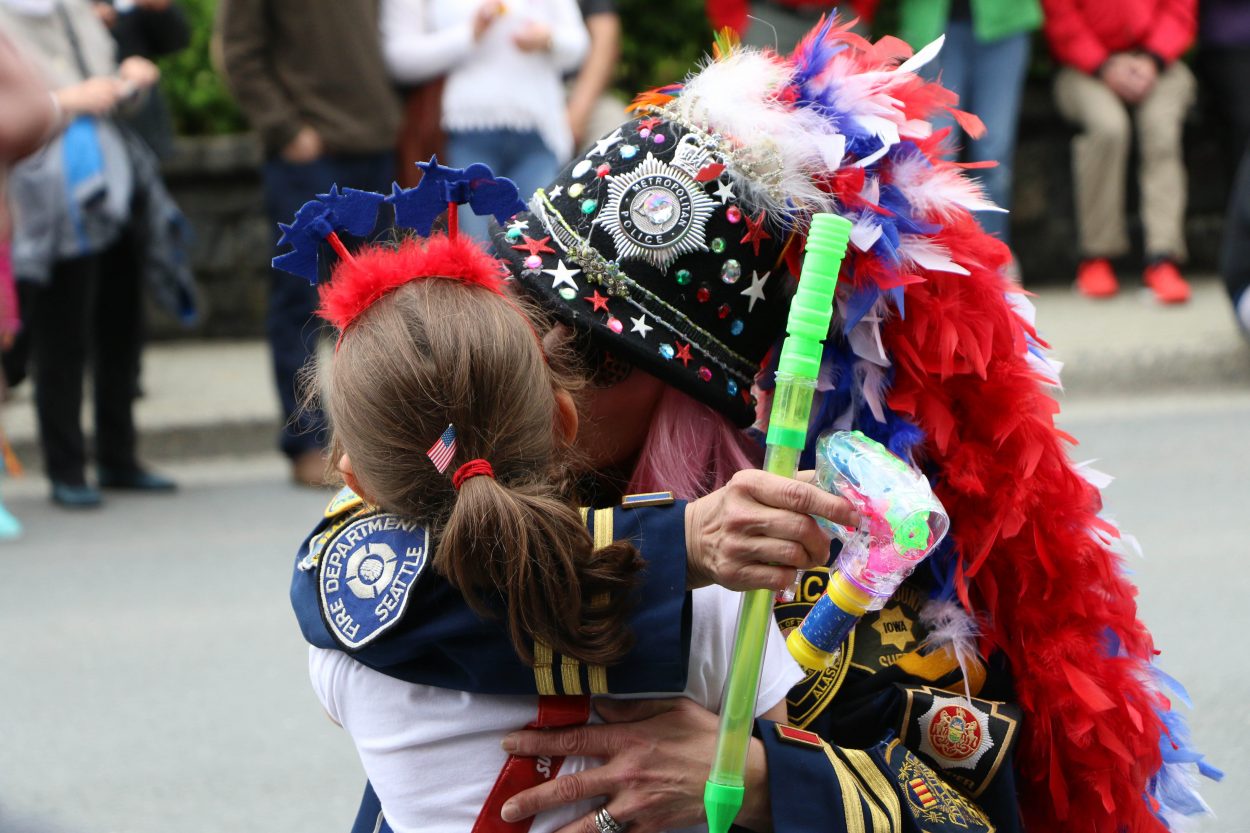 Sitkans came out in droves to see the annual 4th of July Parade, which snaked throughout town, leaving smiles wherever it went.

KCAW’s Cameron Clark talked with onlookers as they enjoyed the day.

Patriotically dressed Sitkans and visitors alike line the streets eagerly awaiting the start of the annual 4th of July Parade. Children sit atop parents’ shoulders, cameras are at the ready, and everyone has a smile on their face.

Independence Day is a special occasion in Sitka. And Steve Dalquist wouldn’t have it any other way.

“I think it makes you really feel like you’re part of the same community because it seems like almost everybody in town is either in the parade or watching the parade,” Dalquist said. “It’s the best parade in the world! It just is, and you have to live here to know that.”

With the 9th Infantry leading the charge, the parade truly represents Sitka. It included groups like the Veterans Association, local businesses like Sea Mart, the Sitka Fine Arts Camp band and everything in-between.

Charlene Frederick was born and raised in Sitka, but now lives in New Mexico. She still comes back here every fourth.

“This is the only place that I watch a parade because my emotional roots are still here,” Frederick said. “When we were growing up it was still a territory and then it became a state, so we feel like a part of history.”

As the parade came to an end, onlookers made their way to the Cable House where they satisfied their sugary needs with Root Beer floats, and talked about the day’s highlights.

Kids: “Umm the little weiner dogs (laughs) they had their own little section just walking downtown. That was amazing! Geavana what was your favorite part?

“My part was all the candy!”

With goodie bags and stomachs filled, another 4th of July celebration is in the books. And Veteran Gary Johnson has only one thing left to say.