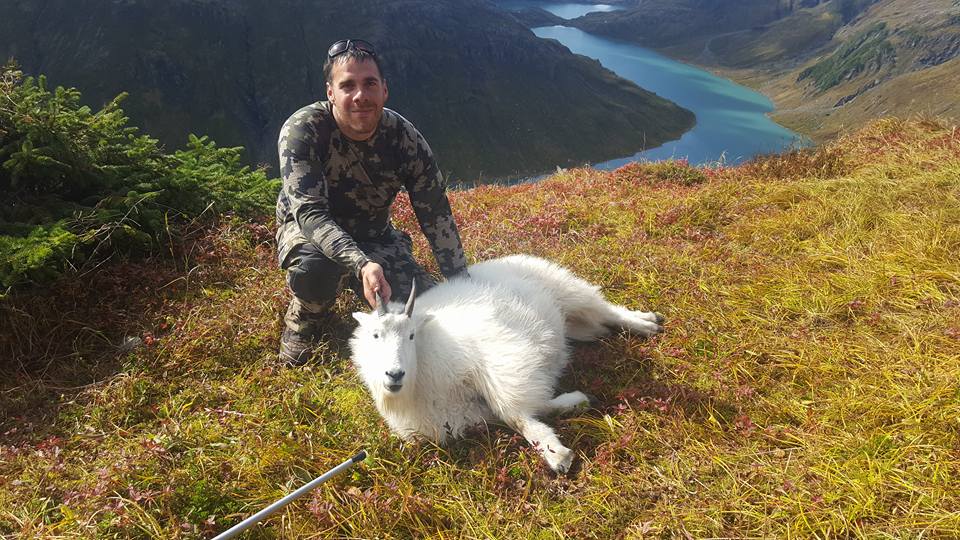 August 1st marks the opening of the mountain goat hunting season. In just a few days, a small, but eager band of hunters will hike and traverse Baranof Island’s many mountains on one of Alaska’s most challenging pursuits. But this year, the Alaska Department of Fish & Game has changed the rules.

Baranof Island is teeming with wildlife of all shapes and sizes. And where there’s wildlife, there’s big game hunting. Dall sheep, Black-tailed deer and Brown bears are popular, but some hunters choose to go after an animal that’s arguably the most challenging to get to — the mountain goat.

“We have high numbers of goats and I saw an opportunity to have increased opportunity for hunters,” he said.

The new management plan increases the number of hunt zones from 9 to 34.

Converting to smaller and more numerous subdivisions allows biologists to monitor goats at the subpopulation level. This will help reduce the risk of overharvest as well as give hunters more chances to leave with a catch.

Deciding on 34 zones was not a random choice. Bethune and other biologists pulled from telemetry data from mountain goat radio collars, historical survey data, and conversations with veteran goat hunters. This allowed them to formulate a plan.

“Several areas that have been closed to mountain goat hunting for the last several years, are going to be open this year — places that have historically been popular such as Blue Lake and Mount Katlian,” Bethune said.

Previously, zones like those had to be shut down due to high harvest, or more specifically high female harvest.

Each zone has its own goat hunting quota, determined by ADF&G. After the quota is reached, the zone is closed. But if one female goat is harvested at anytime, that zone is automatically closed, no matter the quota.

“We really stress the taking of billies rather than nannies because the nannies have such a low reproductive rate, and so the hunters have done a great job,” Bethune said. “We have a very low female harvest over the last five years and that’s one of the reasons why I’m able to do this new management strategy.”

Of the 34 zones, only 21 will be open this season because the rest don’t have enough goats for a sustainable harvest yet.

The zones that are open are by no means easy to get to. Most are scattered throughout the East and North of the island, miles away from Sitka, and some aren’t even boat accessible. This means hunters will have a long journey ahead of them if they want a goat.

New-time mountain goat hunter Joe List is on board with the strategy change. Last year he harvested the 5th and final goat from Rosenberg Lake before it was closed for the season.

“There was a lot of localized pressure in a very small area. There is still plenty of goats outside of the lake itself, still in that unit, that would have been eligible for harvest,” List said.

List learned about the strategy last week when it was presented to him and about 17 other hunters at the ranger district office. According to List, there was no big opposition from his fellow big game hunters because it makes their task a little easier.

Mountain goat hunting is extremely taxing, so anything that makes the trip a little easier is welcomed.

As of now, List wants to see how the new strategy works out, and can barely wait for the start of the season.  He’s been training for the last month, hiking 5 miles with a 50 pound pack on his back twice a week, running two miles two times a week and doing leg workouts the rest of the week.

He plans to harvest a mountain goat with a bow and arrow, archery style.

“That’s why I like it here, I don’t like going to amusement parks, I don’t like watching movies, I don’t like paying for things that anybody can do. Sporting events are cool I guess, but this is something you have to put a pack on your back and really have to grind for,” he said. “It’s an accomplishment.”

If List succeeds this year, not only will he be set on food for a while, but he’ll be able to add to his growing mountain goat collection, which already includes a rug.