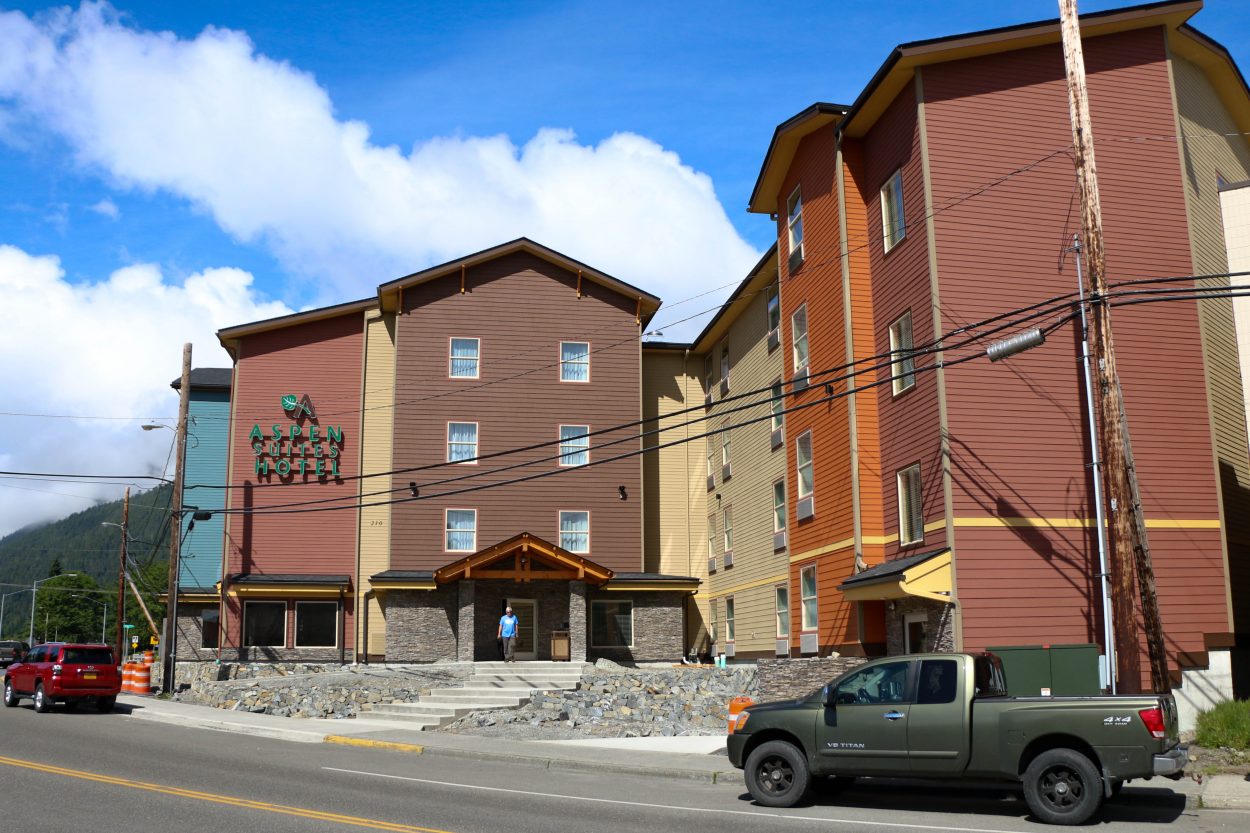 The opening of the Aspen Hotel in downtown Sitka this July significantly eased the community’s accommodation crunch, but parking remains in short supply.

In the spirit of “Curious City,” a public radio series dedicated to solving ongoing urban mysteries brought forward by listeners, KCAW’s Cameron Clark addresses a question we heard while standing in line for a sandwich at the Sitka Subway earlier this summer: Where will all the guests at the new Aspen Hotel park?

In summertime Sitka is alive with activity. Fishing, wildlife viewing, and the arts bring hundreds of visitors to town, many who stay overnight. While there are now plenty of hotel rooms, stores, and eateries downtown, the same can’t be said for parking.

Todd Denkinger grew up here, but moved away about 30 years ago. While visiting family recently, he came to an unpleasant realization.

“It’s actually kind of ironic, it’s harder to park here than the town that I live in, in Seattle. I go to downtown in Edmonds, I can always find a place to park. Come down here, it’s a little rough,” he said.

Cars are nestled bumper to bumper on both sides of Lincoln Street. The Sitka and Totem Square hotels have lots filled to capacity with patrons and shoppers. And the Crescent Harbor parking lot is packed with the overflow.

Why is parking so limited?

According to Sitka Director of Planning and Community Development Mike Scarcelli, there’s no parking requirement for businesses downtown.

“Parking isn’t the highest and best use of land, especially in an area where you want it to be compact. And as we know in Sitka even though we have a large island with beautiful recreational areas, the developed area is actually just a small  portion of that. And so land is a valuable commodity,” he said.

Scarcelli recently looked through a book with photos of Sitka from the 1970s and noticed something interesting.

“I was looking through the site plans and the build outs of the different businesses downtown, and what I saw was that a lot weren’t built out to the property lines. There was front yards, side yards and backyards,” Scarcelli said. “Then over the last 30 to 50 years there was a change of really building out businesses.”

So the tendency of business owners to create more retail space at the expense of parking has led to the dense and compact downtown that Sitkans know today.

And then on July 14th, along comes the four-story Aspen Hotel, in the heart of Sitka’s commercial area. Although the police station and state offices are just across the street, everyone’s asking the same question, “Where will the Aspen guests park?”

Aspen Hotel Regional Director of Sales Marketing and Community Relations Carol Fraser says that there’s nothing to worry about.

“The parking lot is right behind us. There’s a blue house on the lot right now and we rented that for the last year as our job site trailer. So we’re going to be tearing that down, and then we’ll pave the back parking lot so we’ll have plenty of parking for our guests,” she said. 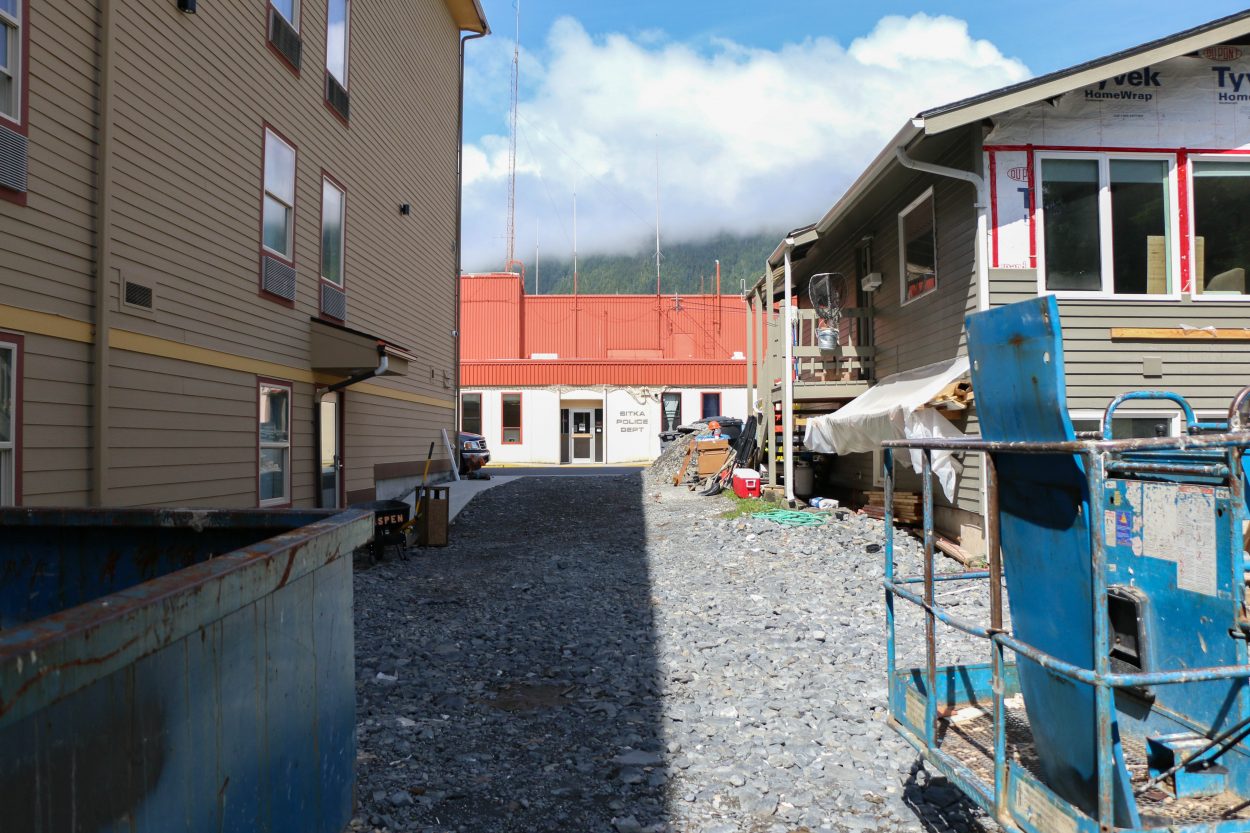 The Aspen Hotel parking lot is still underway, but when finished, it will be straight across from the police station. (KCAW Photo / Cameron Clark)

The lot will have at least 30 parking spaces, which should be plenty for the 71 suite hotel.

According to Fraser, ever since Aspen broke ground in Sitka, they’ve been receiving calls from both the city and residents asking about parking. They couldn’t say anything publicly until the transaction was completed.

“We have a lot of parking at our other hotels because none of them are right downtown and most cities don’t have good parking in their downtown core,” Fraser said. “So we knew if we could figure it out it would be a great amenity for the guests.”

The parking lot is set to be finished in September before the business travelers come. But for now guests with rental cars must join locals in the search for that elusive downtown parking space.