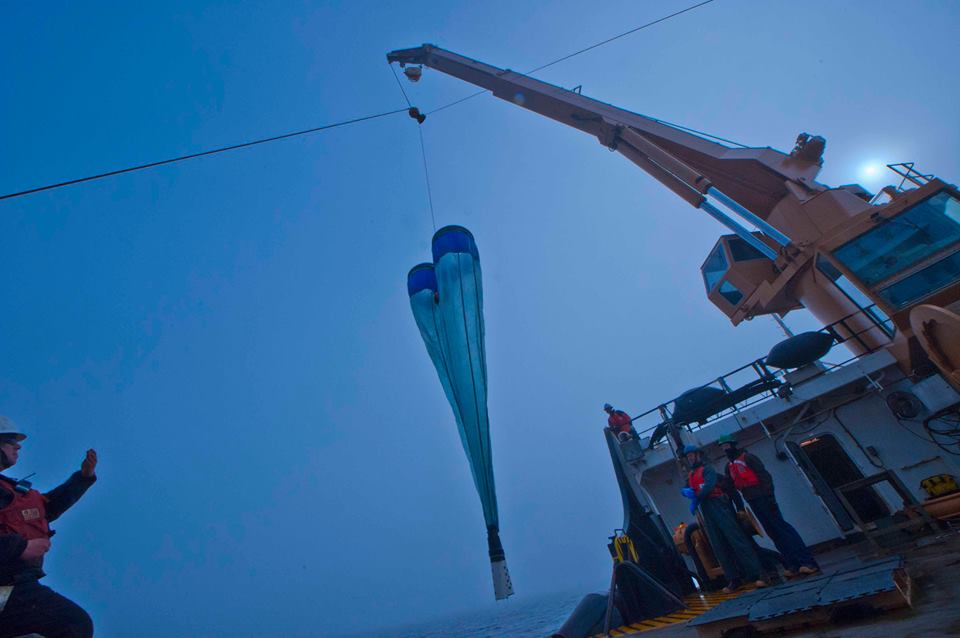 The Coast Guard Cutter Maple reached the Northwest Passage Thursday (8-3-17), less than a month after departing its former home port in Sitka.

In reaching Canada’s Arctic waters, the Maple has transited over 3000 miles since departing Sitka on July 12th and is accompanied by the Canadian Coast Guard Ship Wilfrid Laurie and its crew.

The Maple is en route to Baltimore, where it will be dry docked for a year to receive repairs and upgrades. While cruising the Northwest Passage, the Maple is conducting scientific research for the Scripps Institution of Oceanography.

The crew is assisting graduate student researcher Josh Jones in studying the acoustics and habitat of marine mammals. The crew deployed a sonographic buoy and recovered its high-frequency recording package (HARP) to analyze the sounds of marine mammals. They are also sampling zooplankton and gathering data on seawater at various depths.

“Protecting life here begins with understanding it,” said Lt. Cmdr. Patrick Armstrong, commanding officer of the Maple, in a press release. “It is exciting to transit the Northwest Passage with an opportunity to assist with research aimed at understanding various species in this remote part of the world. ”

The Maple is scheduled to arrive in Baltimore on August 23rd. The crew will then return to Sitka to take command of the 225-Coast Guard Cutter Kukui, previously homeported in Honolulu, Hawaii.

This summer marks the 60th anniversary of the first deep-draft shifts sailing through the Northwest Passage. From May to September of 1957, the crews the U.S. Coast Guard Cutters Storis, SPAR and Bramble, along with the crew of the Canadian ice breaker HMCS Labrador, charted shipping lanes that are used to this day.