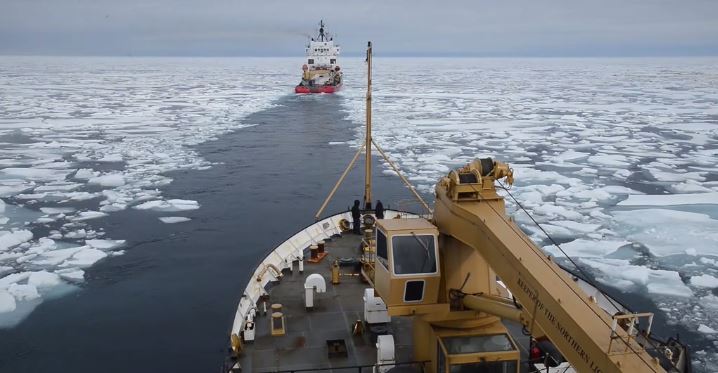 The Canadian icebreaker Sir Wilfred Laurier cuts a path for the Maple through Victoria Strait. As part of its mission, the Maple served as a platform for oceanographic research that has shown changing conditions in the Arctic. (USCG image/Petty Officer 2nd Class Nate Littlejohn)

The Cutter Maple is nearing the end of her 43-day voyage through the Northwest Passage, becoming only the sixth US Coast Guard ship to make the epic transit. But the journey hasn’t been simply to add a page to history books, or to make a political statement. The Maple also has served as a research platform to study the Arctic.

Here’s a look at what the Maple has been doing.

Video: Oceanographic Science aboard the Maple


The Maple is scheduled to arrive in Baltimore any day (8-23-17) where she’ll be in dry dock for a year undergoing an overhaul, before moving to a new homeport in Atlantic Beach, North Carolina. The Maple’s crew will return to Sitka to prepare for the newly-refurbished Kukui, which they’ll sail from Baltimore sometime next spring.