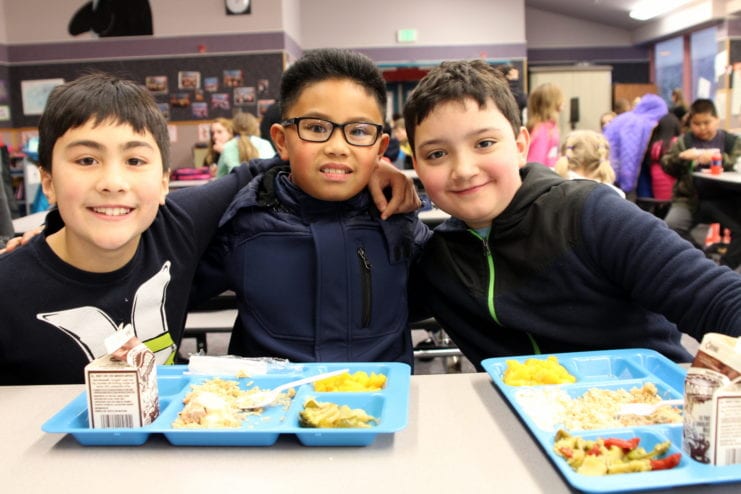 After a funding scare last summer that could have left Sitka’s schools down three full-time teaching positions, with larger classes in the elementary grades, superintendent Mary Wegner says the district is operating at full-strength.

“We’re very, very fortunate that both the city and the state showed their financial support for what we’re doing in the schools here in Sitka and around the state.”

At risk last June were teaching positions in 2nd grade, 5th grade, and special education. Wegner says those jobs were filled, although changes in the district’s special needs population did not require the hiring of a full-time teacher after all, and the funding was applied in other ways to accommodate the affected students.

The music job at Blatchley Middle School has also been filled, after considerable anxiety last year that the program might be dropped.

The Alaska legislature passed an operating budget on June 22 that kept education funding at the same level as last year — although it dipped into a rapidly-depleting savings account to do so. The city also reversed a pledge to cut local school funding by over $200,000, to help the district make ends meet.

Nevertheless, Wegner says that after two years of flat funding from both government sources, inflation is a worry. The district’s business office has scoured the budget for savings. She thinks it’s starting to take a toll.

“We’re going backwards, even though we’re trying to go forwards. And I don’t want to sound like I’m harping, because I’m very appreciative of the funds from both the city and the state. I’m just very concerned about doing the work that we need to do for our students if we continue to backslide.”

Wegner is frustrated that education funding continues to be a distraction from the mission of providing “deep learning” in the schools. She’s disappointed that the legislature failed to pass a revenue plan in the last session. The state is again expected to grapple with a deficit of around $3 billion in the operating budget when it begins the next session in January.

But Wegner remains characteristically upbeat about education, and especially about the students themselves.

“When I was up at Sitka High School at the freshman orientation, and I was seeing people who just a few months ago walked across the stage as eighth graders during the Rites of Passage — the maturity level! They’re just growing up so quickly, even in that short span of time.”

And, Wegner adds, “We had a great first day of school.”