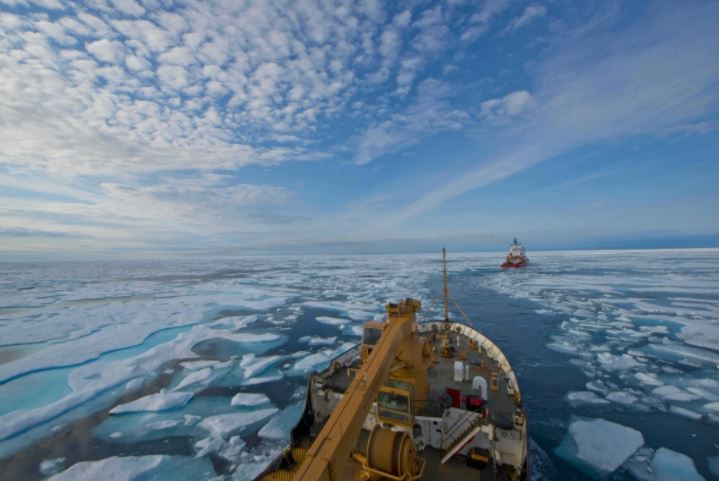 The Coast Guard Cutter Maple has completed its historic voyage through the Northwest Passage, and has arrived at Coast Guard Yard. The 225-foot seagoing buoy tender is only the 6th Coast Guard vessel to sail the famed route.

The crew and command of the Maple are meeting with media in Baltimore this afternoon, Wednesday, August 30.

This summer marks the 60th anniversary of three Coast Guard cutters and one Canadian ship that convoyed through the Northwest Passage, which are several passageways through the complex archipelago of the Canadian Arctic. From May to September of 1957 the crews of the U.S. Coast Guard Cutters Storis, Spar, and Bramble, along with the crew of the Canadian ice breaker HMCS Labrador, charted, recorded water depths and installed aids to navigation for future shipping lanes.

The Maple departed Sitka in July for the 43-day mission. Along the way, the ship supported scientific research.

The Maple will now undergo scheduled maintenance in dry dock at the Coast Guard Yard for repairs and upgrades. The Maple’s crew will return to Sitka to take command of the 225-foot Coast Guard Cutter Kukui, which was previously homeported in Honolulu, Hawaii, and is currently completing a mid-life renovation at the Yard.