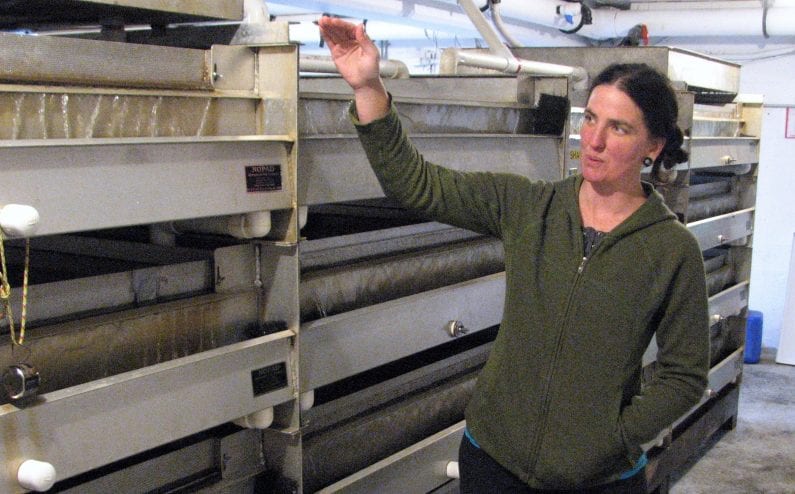 A strong chum salmon run is helping pay for upgrades to a Sitka hatchery. Returns are also good at a much larger aquaculture operation not far away.

Angie Bowers walks toward a concrete-and-metal channel next to the Sheldon Jackson Hatchery.

“These are our adult spawning raceways. So the returning salmon come up here and this is where we’re able to crowd them up and harvest them and either take their eggs or often times, if they’re not ready, we’ll put them back in that far raceway for another day,” she said.

A strong chum salmon run is helping pay for upgrades to a Sitka hatchery. Returns are also good at a much larger aquaculture operation not far away.

Bowers oversees the hatchery as aquaculture director for the Sitka Sound Science Center, where it’s located. 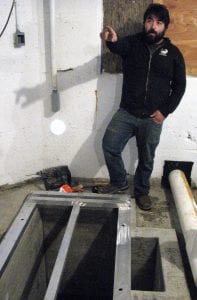 It raises pinks and cohos, as well as chums, and is part of the center’s hatchery training program.

She said this year’s run was better than expected, but it wasn’t a big surprise. The hatchery tripled its chum release to about 3 million four years ago. And the species has its strongest returns in its fourth year.

“It wasn’t a great return, but they’re a lot more valuable than the pinks that we’ve harvested in the past. So it was a good boost for our cost recovery,” she said.

The hatchery brought in around 16,000 chums this year, from the raceway or a recovery seine fishery. It’s a small number compared to larger hatcheries and commercial harvests.

But it made 10 percent more than its $100,000 recovery goal. And that’s enough to move forward with an important addition to its egg room.

“These are all our chum incubators, so each box has about 180,000 eggs in it right now. And eventually, probably in about three weeks, we’ll pull all those out and we pick all the dead out and then they get reseeded back into the boxes,” she said.

The addition is pretty simple. It’s a sump, a concrete-lined hole in the floor that will collect and reuse the egg room’s water.

That might not sound like a big deal. But Bowers said it’s important, since the operation gets its fresh water from a variable source.

“In the past they’ve had a lot of mortality in incubation because of the high silt load in Indian River. And so having the ability to put those eggs on full recirculation whenever we see a storm coming, or eventually, when there’s low water in the river and we can use conservation measures for the wild fish that are there,” she said.

The science center’s hatchery is not the only place seeing strong runs.

“Chum salmon returns were very good throughout the whole state. This is close to a record year for chum returns,” said Steve Reifenstuhl, general manager of the Northern Southeast Regional Aquaculture Association.

His operation has had mixed chum returns this year, depending on the site. But generally, it’s been good. 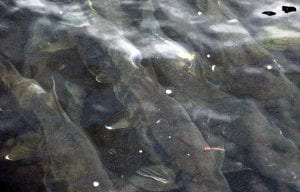 “We are seeing a bit of optimism this year. It’s been several years since I’ve felt this sunny at the end of the season. And I think there’s some good things to come in the next few years for the fishery,” he said.

He said there’s been no problems with cost-recovery fisheries. And some commercial openings have brought in more chums than usual.

Back at the hatchery, Bowers said she’s expansion beyond the chums.

She said it’s looking into growing a couple types of seaweed, tying into a statewide mariculture initiative.

“It would be a really good move to incorporate these species into already existing infrastructure, like salmon hatcheries and release sites. So it’s not a whole new site,” she said.

The hatchery has already done a small seaweed trial, working with a commercial operation.

“We would like to collect spat from maybe purple-hinged rock scallops and look at some of the species that are already here, instead of just oysters. But we’re still developing a plan there,” she said.

She said those species could help consume hatchery waste.