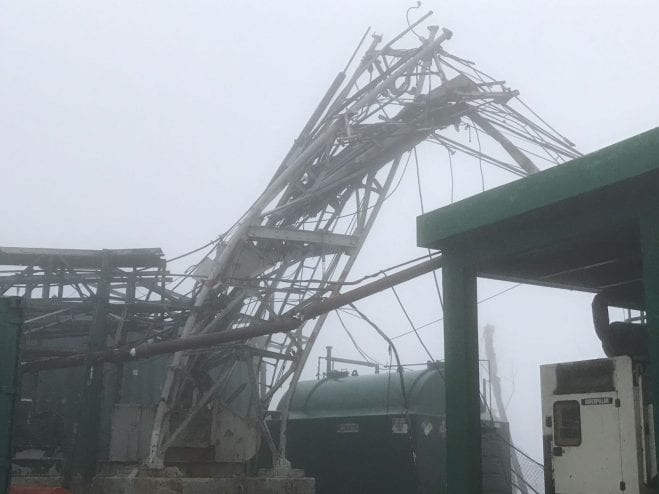 A pair of portable, emergency radio stations built for use in Southeast Alaska in the event of tsunami or other disaster are being deployed in hurricane-ravaged Puerto Rico. 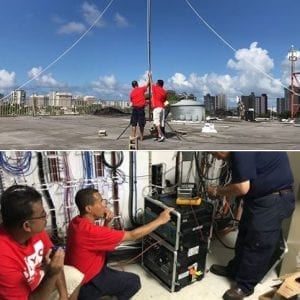 Engineers from the Latino Public Radio Consortium and WNYC install “Radio to Go” in San Juan, Puerto Rico. Radio to Go was designed and built by public radio stations in Southeast Alaska for use during emergencies, and are likely the only fully-portable units of their kind in the world.

Nicknamed “Radio to Go,” the kits were designed and built by engineers in the CoastAlaska Network following the 2004 tsunami in the Indian Ocean. Housed in Juneau, Sitka, and Ketchikan, the Radio to Go kits are believed to be the only three fully-equipped emergency radio stations of their kind in the world.

The Radio to Go kit from Juneau was shipped by Alaska Airlines to Newark, New Jersey, on October 9. (Learn more, and watch a video about the kit here.) It was received by a bilingual engineer from New York’s public radio station WNYC, who took it to San Juan, Puerto Rico. Members of the Latino Public Radio Consortium met the kit, and have begun broadcasts from the site of station WIPR, whose transmitter tower was toppled by Hurricane Maria last month.

Sitka’s Radio to Go was delivered by the staff of KCAW to Alaska Seaplanes on October 13, bound for Juneau, then Orlando, Florida, and then a yet-to-be-named destination in Puerto Rico — likely somewhere in the southern half of the devastated island.

Meanwhile, CoastAlaska executive director Mollie Kabler — who oversaw the construction of the kits with funding from the Denali Commission and Alaska Pubilc Broadcasting Incorporated — says the Ketchikan unit will remain behind in the event of a local emergency. 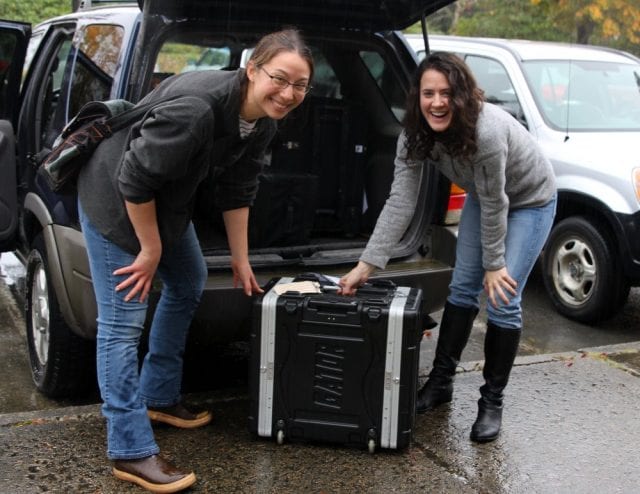