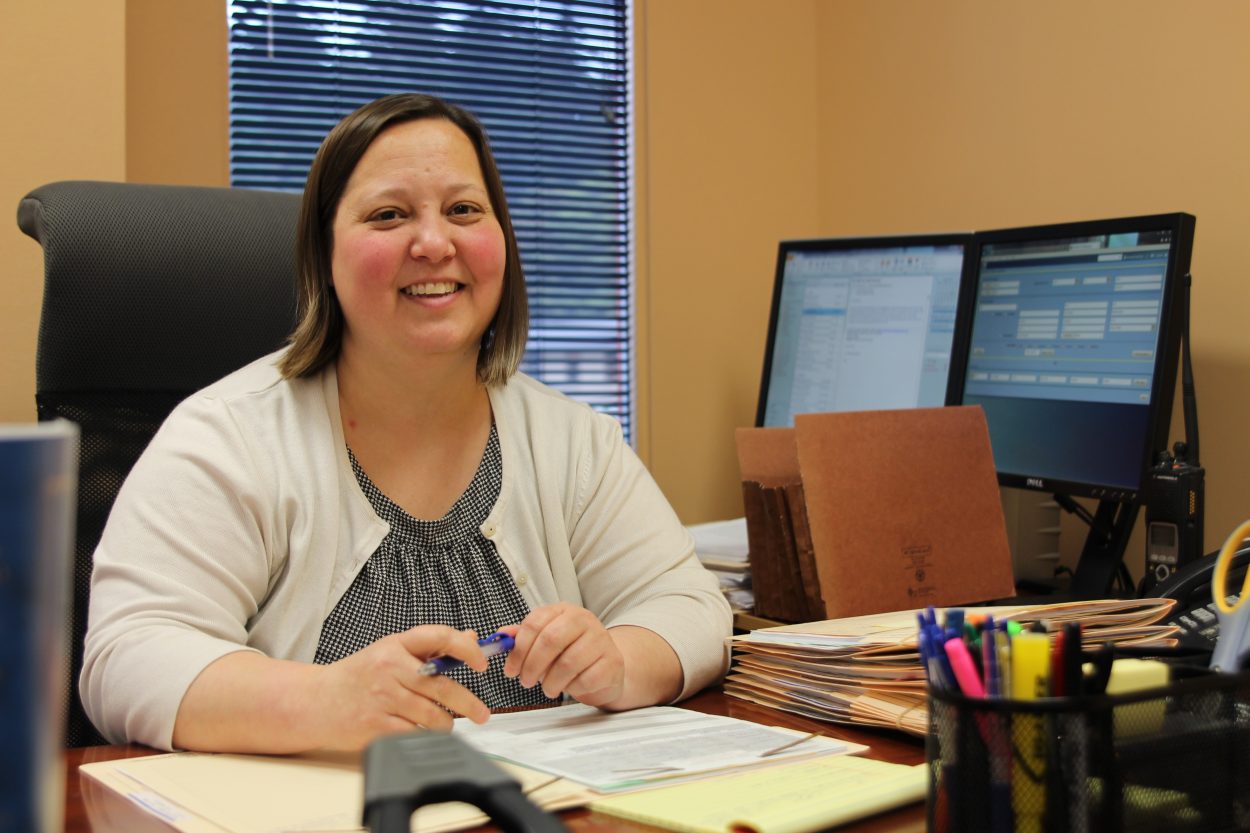 After a few months this summer with a vacancy in the Sitka District Attorney’s office, Amanda Browning arrived to tackle a backlog of cases.  KCAW’s Katherine Rose brings us this profile of Sitka’s new assistant district attorney.

Amanda Browning, Sitka’s new assistant district attorney, says there is no typical “day in the life” at the DA’s office.

“Every day is kind of different,” says Browning. “Some days you have time in your office to do research and writing, other days you’re in the courtroom all day- you may not be able to sit at your desk at all that day. Each case presents its own issues.”

Browning earned her undergraduate degree from the University of Mobile, in Mobile, Alabama, and her law degree from Roger Williams University in Bristol, Rhode Island. She worked in Florida for five years as a prosecutor and on “child need-of-aid” cases, then nearly six years with Kenai District Attorney’s office, before moving to Sitka this July to replace Christopher Orman, who had been in the position for about a year.

And she hit the ground running — a day in the life of an assistant DA is busy.

“You’re constantly doing research, speaking with people in the community, trying to meet with and speaking with victims. No two days are alike,” Browning says.

But some days are more memorable than others.

“When you see somebody who is actually rehabilitated, and they show up at your office six months later and say ‘Hey, I’ve been clean for six months. I just wanted you to know.’ A lot of times you don’t see that benefit,” says Browning. “So when you actually do see it, it’s what keeps you kind of going.”

Keeps Browning going, even when she experiences the challenges that come with her position.

“In some respects it’s the flip side of that. When you have the same people coming back and you’re trying to help them and they’re not ready for the help yet,” she says.

But regardless of the case in front of her, Browning’s goal is always the same-

“Seeking justice,” says Browning. “You kind of hear prosecutors talk about the win/loss record. But I think our job is to look at the community as a whole, look at the facts of each case, and decide what is justice in this case.”

While she’s busy, she says maintaining a work-life balance is important.

“My go-to’s are generally swimming and skiing. I do enjoy running when I can. Spending time with family and friends.”

And she says she wouldn’t know if a DA’s job is anything like it is on television- she doesn’t watch Law and Order- just Mickey Mouse with her son.