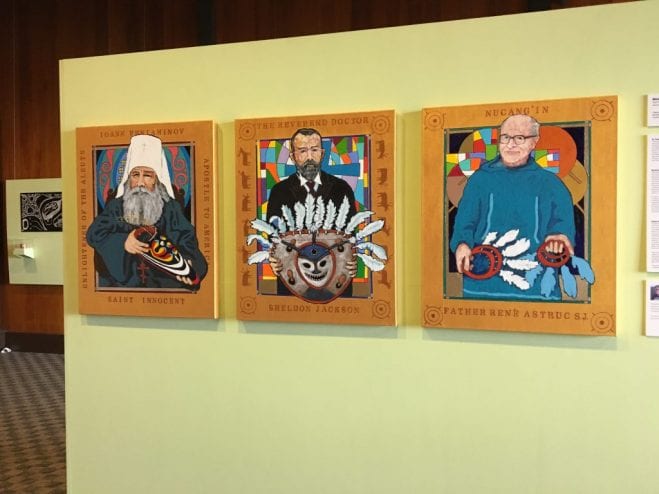 The three paintings of Tim Troll’s trilogy at the Voice of Change exhibit at the Sitka National Historical Park. Troll depicted Sheldon Jackson holding a Yupik mask. The exhibit will be available to public viewing until the end of November.

Tim Troll is the Executive Director of the Bristol Bay Heritage Land Trust and a painter, whose work is a part of the Voices of Change exhibit at the Sitka National Historical Park.

Tonight at 7 p.m. at the SNHP visitor center, he’ll screen a video and give a talk on the inspirations and stories behind his painting trilogy “Missionaries of Alaska.” The series features St. Innocent, Reverend Sheldon Jackson and Father René Astruc, as part of a larger work called “The Unexpected Legacy of Sheldon Jackson.”