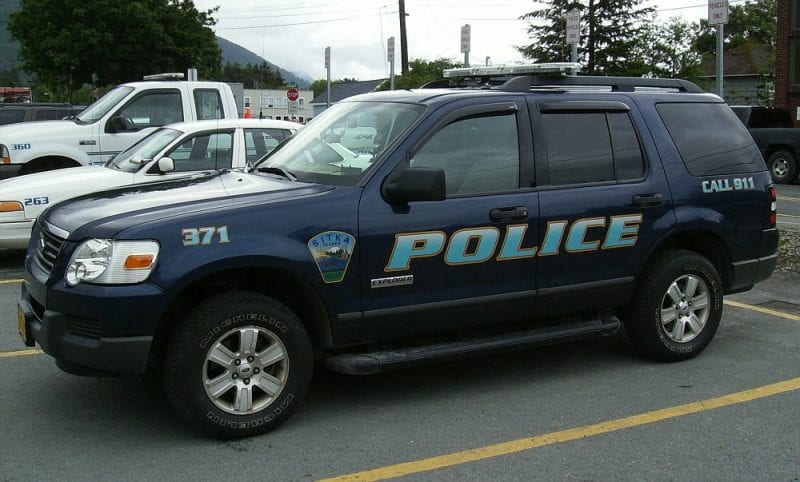 Police Chief Jeff Ankerfelt says during the two hour search, the department received a number of tips from the public. They investigated several that proved false. Photo/Sitka Police Archives

More details have come to light since 35-year-old Nathan Leask was apprehended on Saturday evening following a shooting in Eliason Harbor.

The male victim has been identified as 34-year-old Nicholas Pansano. According to the criminal complaint, Leask entered the F/V Ursa Major, confronting Pansano over an unidentified woman, also present. As Raven News previously reported, an altercation broke out, and during the fight Leask’s firearm was discharged, striking Pansano in the left hip. Leask then fled the scene. This led police on a two hour manhunt, ultimately apprehending Leask in his home after negotiations over the telephone.

Police Chief Jeff Ankerfelt says during the two hour search, the department received a number of tips from the public. They investigated several that proved false. “We heard that the suspect was in Blatchley Middle School with a gun. All of our staff immediately responded to that, and the school was evacuated,” said Ankerfelt.

SPD also responded to tips that Leask was at SEARHC, and later at Mount Edgecumbe High School. Both were false alarms.

“So there was a lot going on within two hours, and I was really pleased with our staff and how they responded to it,” said Ankerfelt. “They couldn’t have done any better, if you ask me.”

As information was flooding in, police also received word from a witness that Leask left the scene in a pickup truck with a 7-year-old boy as a passenger.

“Initially the thought was that the 7-year-old boy wasn’t related to the suspect and we were in the process of putting out an Amber alert when we did take him into custody,” Ankerfelt said. Police discovered the child was Leask’s son, and Ankerfelt confirmed that the child was with Leask when police began to negotiate his surrender over the phone.

“That really governed how we approached the house when we called and asked him to surrender,” said Ankerfelt. “We were really sensitive to the idea that there was a child in there and planning accordingly, for example if he hadn’t surrendered, what would we do next. In fact while we were negotiating with him on the telephone, we had eyes on the child tracking his movements in the house and that was being relayed to the person negotiating with the suspect.”

While Leask was still at large, SPD recommended in a press release posted to Facebook that all Sitkans remain inside. Ankerfelt says they were ready to release a “Code Red” before Leask was apprehended. Code Red is an application SPD uses to send out bulletins via telephone in the event of an emergency.

“If we have a major event,  something like an active shooter, or a tsunami or something like that, we can get a recorded message out to the community,” said Ankerfelt.

Sitkans can sign up for the Code Red service on the SPD website. Leask is currently being held at Sitka Jail, with bail set at $100,000.