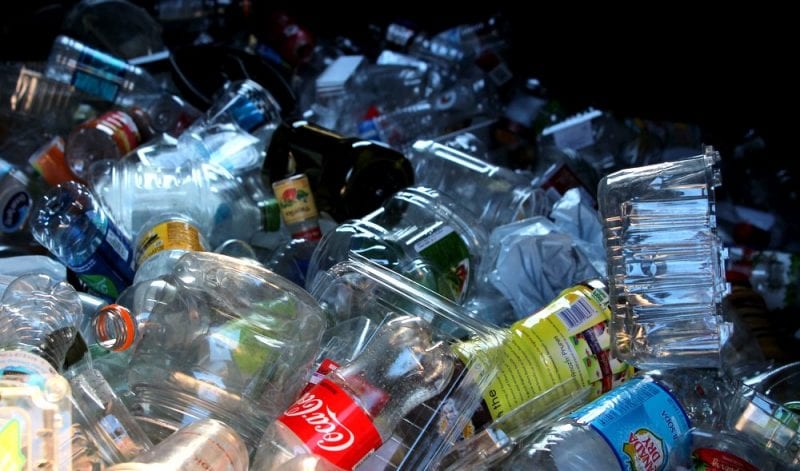 It’s only #1 (clear) and #2 (milky) plastic from now on, or until “markets return for this material,” according to Sitka’s waste contractor, Republic Services.  (KCAW photo/Robert Woolsey)

It’s official: Sitka is cutting back its recycling program.

Administrator Keith Brady notified the Sitka assembly at its regular meeting this week (11-7-17).

“Due to a decline in worldwide demand for recycled plastics #3-7, and mixed paper, this has forced our solid waste contractor, Republic Services, to stop accepting those materials,” he reported. 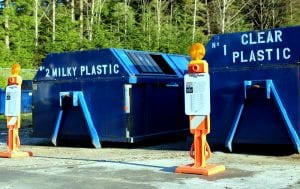 But there’s still plenty to recycle. Brady said Sitka would still process cardboard, aluminum, tin cans, glass, and plastics #1-2, which are the clear plastics and cloudy plastics, like milk jugs.

The “decline in worldwide demand” mentioned by Brady is probably more accurately described as a tightening of import restrictions by China.

Matthew Pederson, with Republic Services, sent a letter to Sitka on October 23 explaining the situation. Attached was detailed information from the Washington Refuse and Recycling Association which pointed to China’s announcement last July that it would severely limit the import of recycled commodities. 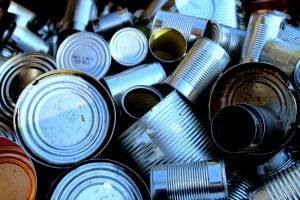 Tin is in! Along with glass, aluminum, cardboard, and no.’s 1 and 2 plastics, tin is still taken at the center. (KCAW photo/Robert Woolsey)

The WWRA says that China is building a so-called “Green Fence,” and ending its practice of accepting overly contaminated recycled materials. A typical load from the US might contain 3-5 percent contaminants, while China is now accepting loads that are at least 10 times cleaner.

Pederson writes that Republic will now have to dispose of most plastics, but he expects the situation to be temporary “until markets return for this material.”

Below is a copy of the list of prohibited plastics now posted at the Sitka Recycling Center, and on the City of Sitka website. 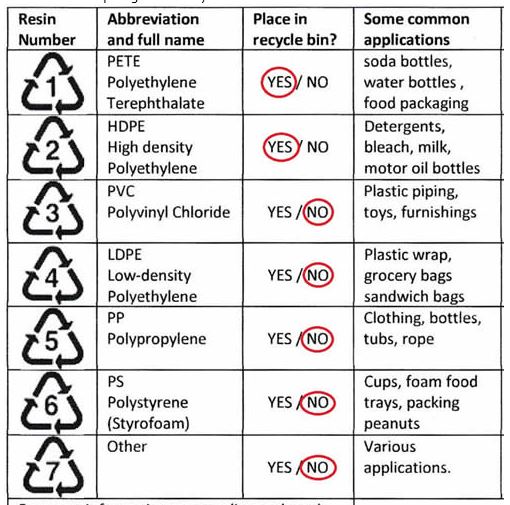