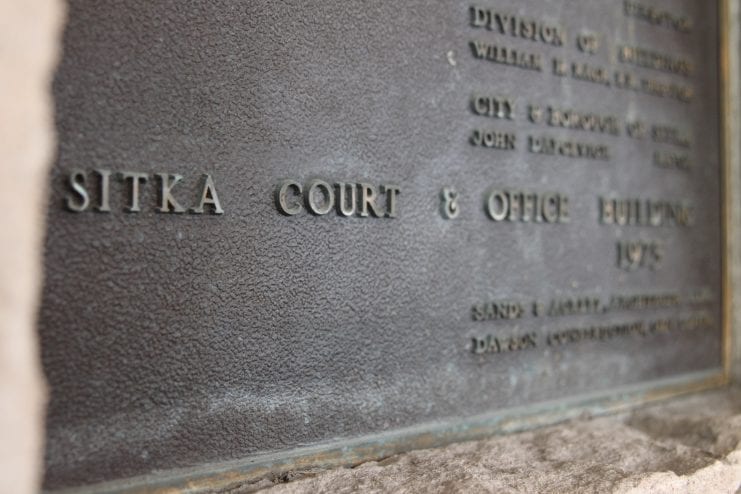 A Sitka man who prompted a city-wide manhunt earlier this month has been indicted. 35-year-old Nathan Leask  allegedly assaulted Nicholas Pansano the evening of November 4th, causing serious injury to Pansano with a .45 caliber pistol. A Sitka Grand Jury last week (11/9/17) indicted Leask on six counts of felony assault, two counts of burglary in the first degree, and one count of misdemeanor assault.

As Raven News previously reported, Leask was arrested after a shooting occurred in Eliason Harbor. According to the criminal complaint, Leask entered the fishing vessel Ursa Major, confronting Pansano and an unidentified woman with whom Leask has a child. A fight broke out and during the altercation, Leask struck Pansano in the head with the butt of the pistol several times – before discharging the gun and shooting Pansano in the left hip. Leask then fled the scene.

During the two hours Leask was at large, the Sitka Police recommended Sitkans remain inside. SPD responded to several false tips, searching Blatchley Middle School and the SEARHC Emergency Room. They found Leask in a home and negotiated his surrender over the telephone.

Leask’s hearing is scheduled for December 5. He is being held in Sitka Jail with bail set at $100,000.

Editor’s Note: (UPDATED on 9-2-22):
Leask took a plea deal in July of 2018. He pleaded guilty to assault in the third degree for causing injury with a dangerous instrument, a class C felony in Alaska. According to court documents obtained by KCAW, he was sentenced to 24 months in jail and three years probation. All other assault and burglary charges were dropped.