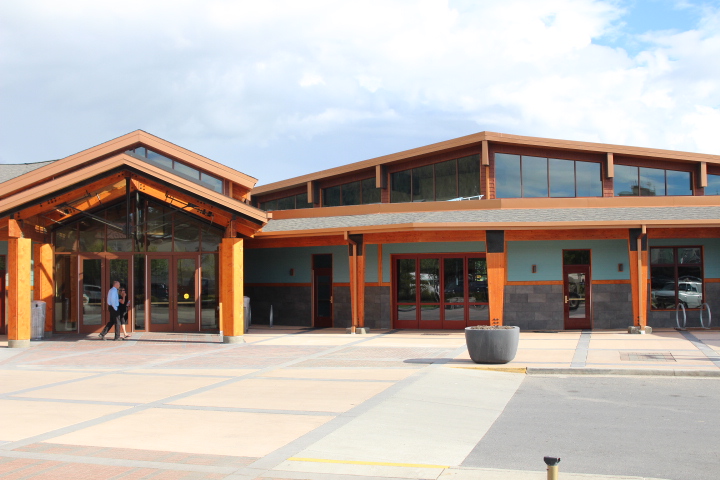 The Sitka Assembly will meet Tuesday at Harrigan Centennial Hall, and on first reading, will review a non-discrimination ordinance that may be adopted as part of municipal code. Photo/KCAW

You may have seen an article circulating on social media with the headline, “These 11 U.S. Cities Failed an LGBTQ Equality Evaluation.” And with it, a photo of sunny downtown Sitka. That’s because earlier this fall the Human Rights Campaign, a national nonprofit, released its annual Municipal Equality Index. Along with 10 other cities, Sitka received a score of zero.

The MEI evaluates cities on the inclusiveness of their municipal codes: employment, hiring and renting protections regardless of sexual orientation or gender identity. Assembly member Kevin Knox says you can’t find that in Sitka’s code.

But even before the MEI report was released, something was already in the works to change the policy. After over a year of work, Knox and assembly member Bob Potrzuski are co-sponsoring a non-discrimination ordinance to be put before the assembly tonight.

“The fact that it is coming up on the tails of this study, or the MEI, I just want people to know that it’s not a knee-jerk reaction. It’s not something that we’re trying to ride some sort of coattail over,” Knox said. “It’s something that a number of people have been working on for some time.”

The ordinance protects job applicants and employees from discrimination based on categories such as race, age, religion, sex, sexual orientation, gender identity and expression, and disability. Knox says changing the code is key because, without protections, the current policy doesn’t reflect the values of Sitkans.

“I’m not sure why it wasn’t introduced or wasn’t a part of our code from the beginning. The fact that Sitka didn’t score well on this particular index, I don’t think has any reflection on who we really are in the end,” Knox said. “We’re a very welcoming community. It’s something that our code expresses our values and our desires, to be able to protect people, to provide as much as we possibly can for success, happiness and just, a good Sitka way of life.”

The non-discrimination ordinance will be introduced for first reading at tonight’s (11/28/17) assembly meeting.