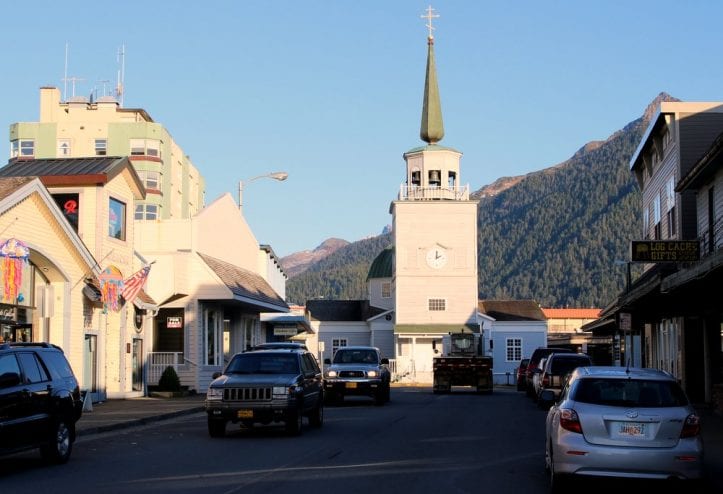 As the City of Sitka works to recruit businesses to town, they want to offer commercial entities a discount for joining the city’s electric grid. (Robert Woolsey/KCAW photo)

The Sitka Assembly approved, on first reading at the Tuesday night meeting (11-28-17), creating an incentive program for commercial entities to use the city’s electricity. The ordinance (Motion and Ord 2017-39S) states that customers projected to spend $75,000 a year on electricity would get a discounted rate for the the first three years.

The city administrator would authorize the rate, so long as it does “not create an unreasonable competitive advantage over existing commercial customers.”

Rather than negotiate a rate on a case-by-case basis, former utility director Chris Brewton told the Assembly the rate should be decided up front. “I just encourage you to take this and put it in our normal rate structure, so if I’m a business investor…I can make this happen,” said Brewton.

This ordinance has been workshopped by an Assembly committee, consisting of Kevin Knox, Richard Wein, and Aaron Bean. All negotiated rates would be published, for viewing by the Assembly and the public. Knox was hopeful that new and existing businesses would take notice. “The City of Sitka is actively looking and trying to recruit business to town,” Knox said.

The Assembly also approved, on first reading, matching a $360,000 grant application for the Sitka Community Playground at Crescent Harbor. The money is contingent on grant awards from the Rasmuson Foundation and the Land and Water Conservation Fund. The ADA-accessible playground is on track to break ground this spring, if the money comes through.

The Assembly did not take action on a request from St. Michael’s Cathedral for $5000 from the Visitor Enhancement Fund. Vice Deputy Mayor Bob Potrzuski postponed the motion, saying, “I think it’s important that we get it right.” He added, ‘I don’t feel comfortable that we have all our Ts crossed and Is dotted.”

When pressed by Assembly member Richard Wein as to why, city attorney Brian Hanson said it had to do with legal issues and the First Amendment’s establishment clause, which provides for a separation of church and state.

In other business, the Assembly appointed Shauna Thornton to the Port and Harbors Commission and learned that the city is researching other ways for Sitkans to recycle their mixed paper. Earlier this month, the city had to cut back the recycling program due to import restrictions from China.

The Assembly will meet again on Tuesday, December 5th to review a draft of a request for proposals, seeking management proposals for Sitka Community Hospital. The meeting will begin at 6 p.m. in Harrigan Centennial Hall.