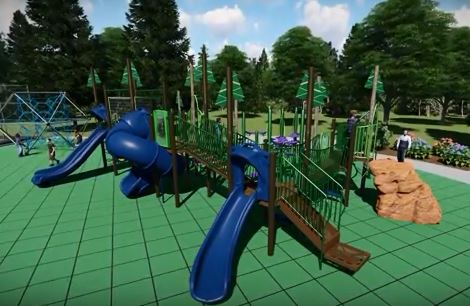 The children of Sitka are one step closer to swinging and sliding on a brand new play structure.

The Rasmuson Foundation awarded the Sitka Community Playground group $200,000 and on Tuesday, the Sitka Assembly authorized the city to receive those grants on behalf of the group. Add that to the $212,000 from the Land and Water Conservation Fund, plus cash and in-kind donations, that comes to over $700,000, bringing the playground within spitting distance of their budget target.

Lynne Brandon is a volunteer for the Sitka Community Playground group, and she says they’re thankful for Sitkans support and involvement.

“This is an amazing community, and it really does take a community to build a playground. We’re just humbled by the amount of support and really happy for the kids,” says Brandon.

The money from the Rasmuson grant will pay for play equipment and structures. The group still hopes to raise around $50,000 more for special items that weren’t covered, like benches and art. The city is also contributing some of its own money- $40,000 in cash and $50,000 in in-kind engineering for the project. They’ve drawn up a memorandum of understanding with Southeast Alaska Independent Living to execute the project. SAIL wants to purchase some of the equipment before the end of the year.

As for construction, that will happen during a three-day building event set for May 10th. All community members are invited. After that, there will be a bit more work to bring the park up to code before they can open the playground for children. “The tough part will be to keep kids off of it until then,” Brandon says.

Brandon says they’re hoping for a grand opening by the first weekend in June.